Did Verstappen pressure get to Hamilton at Imola?

Lewis Hamilton made a rare mistake at the Emilia Romagna Grand Prix, sliding off the track and into the gravel. While the Brit eventually got the situation under control, Jolyon Palmer believes the mistake was indirectly caused by Max Verstappen. 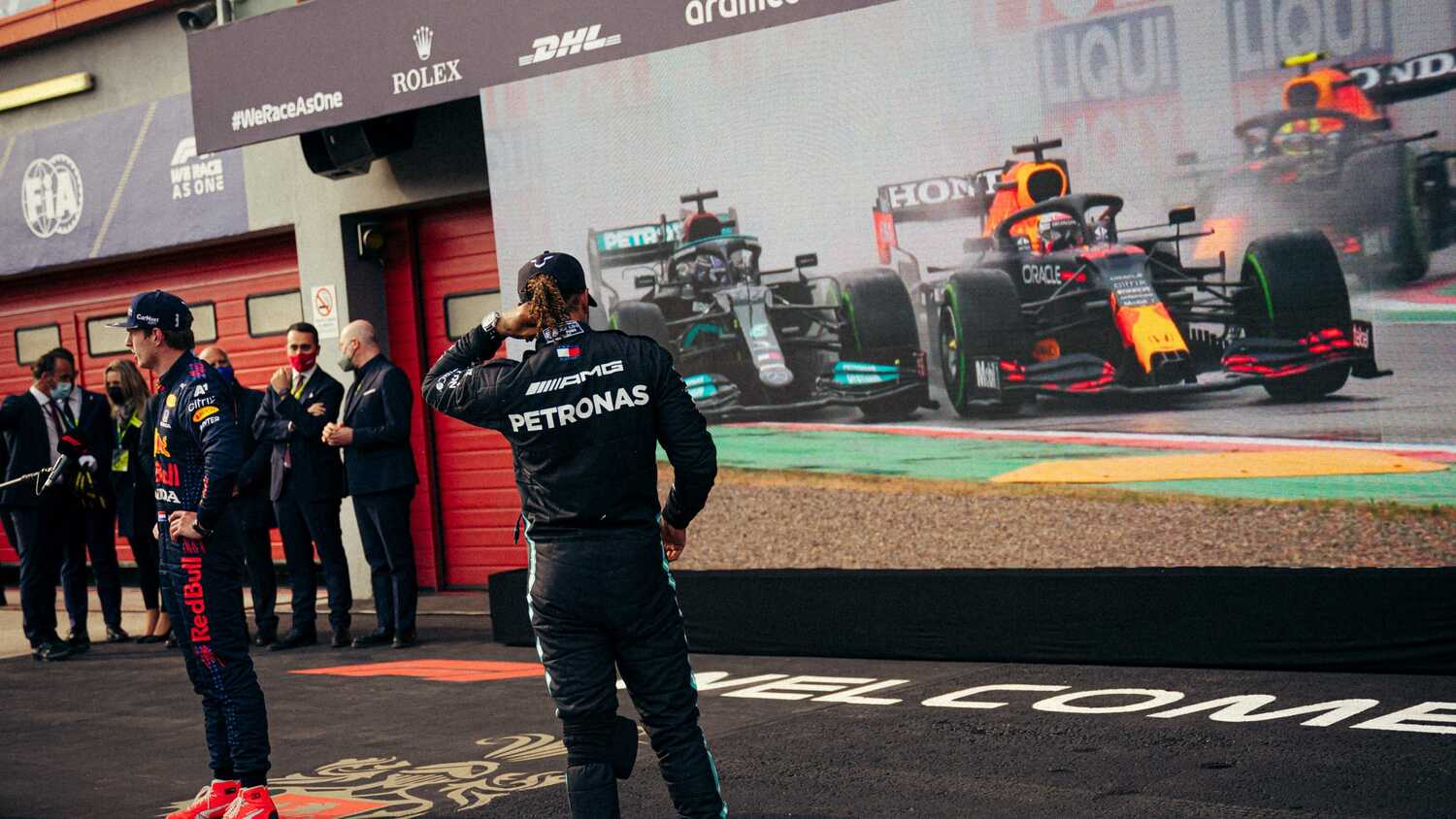 Former F1 driver Jolyon Palmer believes Lewis Hamilton's mistake at Imola came as a result of the pressure put on him by title-challenger Max Verstappen.

The Mercedes star hasn't had to contend with much competition in recent years en route to world titles, but it looks like that will change in 2021. Verstappen and Red Bull have a competitive package and look poised for a serious push for the title, which may have factored into the Brit's rare miscue during the Emilia Romagna Grand Prix according to Palmer.

"The factual reason for the crash was simple, he got onto the wet part of the track, trying to lap the Williams, just after the field had all switched to dry, slick tyres," Palmer wrote in his column for Formula1.com. "Even though he actually braked earlier and more gently than the lap before, he just had a fraction of the grip on the inside, and slithered wide.

"Beyond the factual reason for Hamilton’s crash though, is the mindset of the driver, who knows the risks of driving on the wet part, but deemed it worth taking the risk in order to apply pressure on the race leader – his championship rival.

"Verstappen never left the racing line to lap the string of cars that Hamilton was also approaching (Russell, Stroll and Bottas) – and it cost him a chunk of lap time to the Mercedes behind. He was cautious.

"Hamilton undoubtedly saw the race leader getting closer and closer ahead and was desperate to keep the pressure on, and in doing so took a risk, which didn’t pay off. He also took a huge risk at the start of the race to try and hold off Verstappen at the Tamburello chicane, only to inevitably be forced wide onto the kerb and damage part of his front wing."

Palmer believes that Hamilton hasn't taken risks like that in quite some time, perhaps indicating that the battle for the 2021 title could be his toughest yet.

"At Imola we saw Hamilton take risks he hasn’t had to do for years, because of the competition he is up against this season," Palmer added.

"If Lewis was leading the race, or even chasing Bottas or Vettel in a Ferrari, I don’t think we’d be seeing him take the risks that he did on Sunday, but he knows the Verstappen threat in 2021 will probably be his toughest yet as a Mercedes driver."