Work has already begun on the Albert Park Circuit, as the pit lane is being widened. That could result int he speed limit being raised. 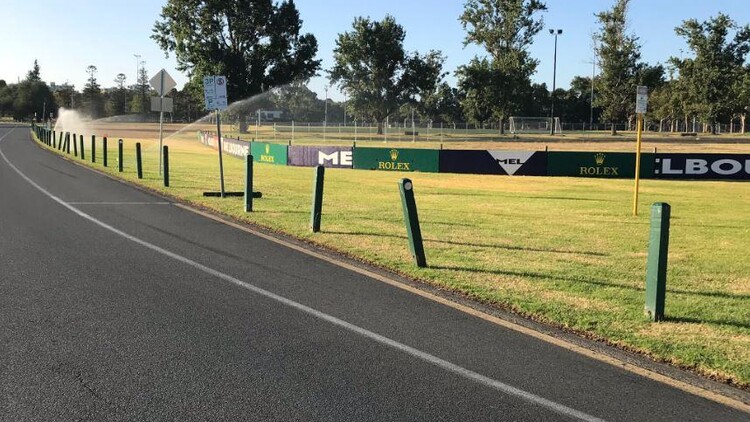 Details regarding changes to the Albert Park Circuit have emerged, with the event's postponement to November giving organisers a chance to move up those plans.

The Australian Grand Prix was set to open the 2021 season on March 28, however increased local restrictions related to the coronavirus pandemic have pushed the event back to November 21.

Organisers had planned to resurface the 5.3km circuit following the 2022 event, but with this years's event not happening until much later in 2021, that work has been brought forward and will be completed before the running of this year's race. It will be the first time the venue has been resurfaced since 1996.

However the work won't stop there as there will be changes made to the design of the circuit in an attempt to increase overtaking. Work has already begun on making the pit lane wider, which could result in the speed limit being raised.

“We’ve got good dialogue about where the specs and the cars are going to be for 2022,” Andrew Westacott, the Chief Executive Officer of the Australian Grand Prix Corporation, told Speedcafe.com.

“One of the things that takes a fair bit of time is to actually look at a circuit and take into account its design based on the very important work, projected performance of the cars from the simulation and performance point of view. What we want to do… I guess the overriding principles of looking at and finalising what we can achieve by when is that, like any good circuit, we want to actually be able to reward brave driving. We want to be able to penalise sloppy driving.

“The circuit does need resurfacing so there are some areas where we can adjust camber and provide alternate and multiple lines into particular turns on the circuit. An example of that might be Turn 13, where there’s really only one line into that and you can’t actually overtake on the outside, because it’s negative camber.

“If that was positive camber and it was slightly widened so you had multiple options for the apex and so on, then suddenly with not terribly much effort you’re actually making a number of changes, a number of opportunities to enhance more than one path into particular turns."

A definitive timeline on when the work will be completed hasn't been set, and Westacott knows there is much work to be done in the coming months.

“We’ve just got to have some pretty robust scheduling reviews and so on over coming weeks to see what’s possible to achieve it,” Westacott added.

“Because there’s also the colder months, which aren’t always conducive to relaying of quality asphalt.”