Mercedes' Nyck de Vries was fastest man on the first day of testing at the Yas Marina Circuit. 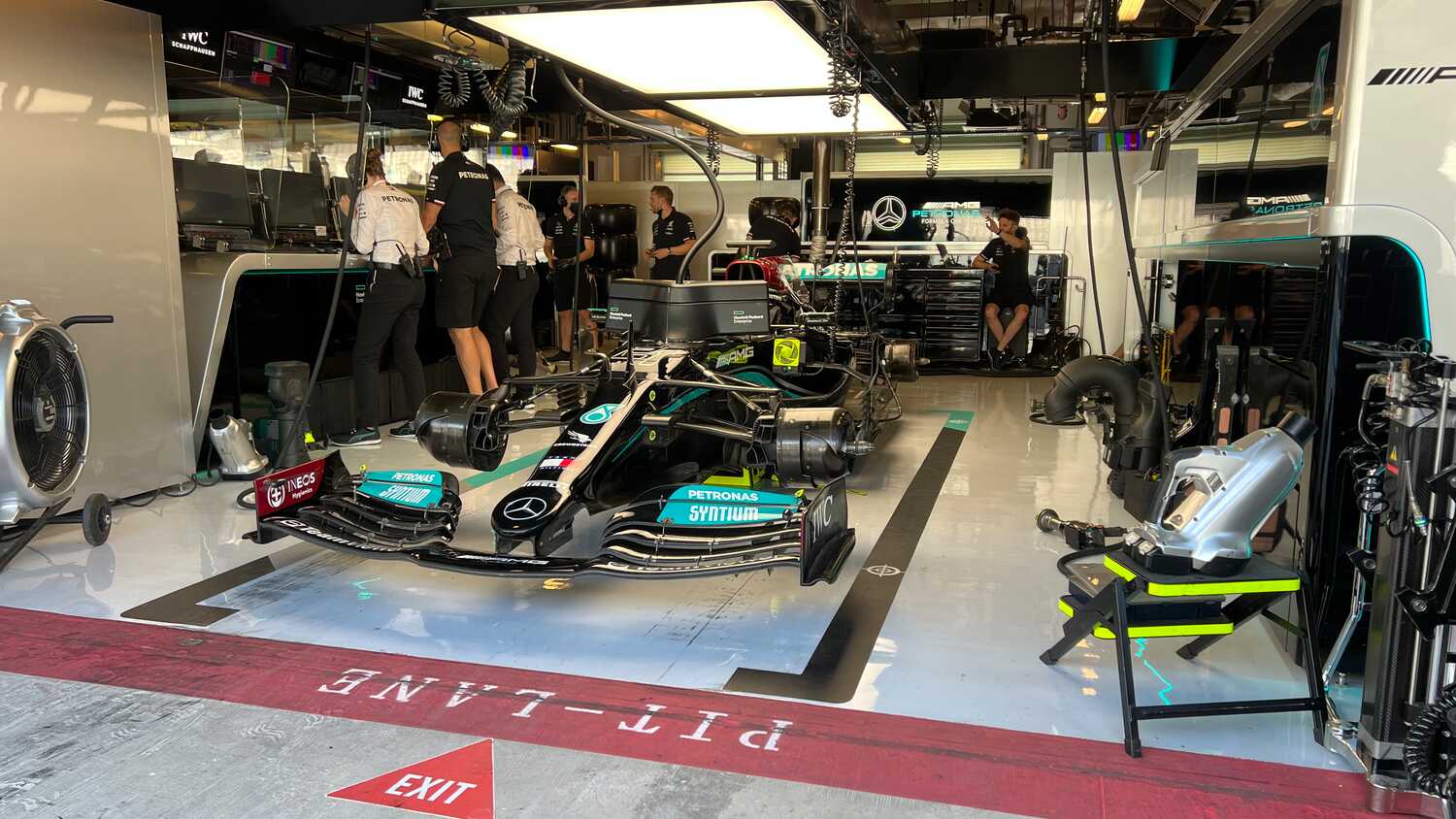 Nyck de Vries set the pace on the opening day of the combined Pirelli/Young Driver Test at the Yas Marina Circuit, as a strange mixture of 2021 cars and old, modified mule cars hit the track.

With the two-day test seeing the teams carrying out 18-inch tyre testing with their mule cars, as well as running young drivers in the 2021 cars, it wasn't surprising to see a driver in a 'current' car set the fastest time.

Formula E champion de Vries, driving for Mercedes as their nominated Young Driver, set a 1:23.194 towards the end of the day's running. This time was more than 1.3 seconds quicker than second-placed Liam Lawson, as the Red Bull junior drove the current AlphaTauri AT02.

Oscar Piastri, the newly-crowned F2 champion, finished in third place and just a fraction of a second behind Lawson, while IndyCar's Patricio O'Ward was fourth for McLaren. The test was a prize from McLaren for him claiming his first IndyCar victory with the Arrow McLaren IndyCar team, and he immediately found his feet as he set the quickest time of the morning running.

Guanyu Zhou, driving the 2021 Alfa Romeo as their Young Driver, finished in fifth, while Valtteri Bottas, sporting plain white overalls as he remains contracted to Mercedes, got his first roll out in the Alfa Romeo mule car. The Finn finished the day in 12th place.

Juri Vips was sixth, having brought out the red flags after crashing the Red Bull RB16B at Turn 14 during the afternoon's track time.

Nick Yelloly, driving Aston Martin's 2021 car, was seventh, while Daniel Ricciardo was the fastest of the mule cars on the 2022 wheels. He placed seventh in the McLaren, 1.6 seconds away from what O'Ward managed in the 2021 McLaren on the smaller wheels.

Lance Stroll placed ninth in the mule Aston Martin, with Robert Shwartzman completing the top 10 as the Ferrari Academy Driver was let loose in the SF21. He, together with Antonio Fuoco, were Ferrari's nominated Young Drivers as Fuoco also tested the mule car.

Outside the top 10, Leclerc finished 11th after only running in the morning session, ahead of Bottas in 12th, with Fuoco in 13th.

Yuki Tsunoda was 14th for AlphaTauri in their mule car, with American debutant Logan Sargeant down in 15th for Williams in their 2021 car. Williams don't have a mule car and, as a result, won't be taking part in Wednesday's track time.

Alpine's Esteban Ocon was 16th, while newly-crowned World Champion Max Verstappen enjoyed his first day back at the wheel since winning the title on Sunday. He placed 17th, ahead of Mercedes' new signing, George Russell. The British driver is testing their mule car on both days.

In 19th and last was Haas' Mick Schumacher, in the team's mule car.

Testing continues at the circuit on Wednesday.