Nyck de Vries started the Diriyah E-Prix from pole position and he never looked back from there, leading the entire race to take the first event of the season 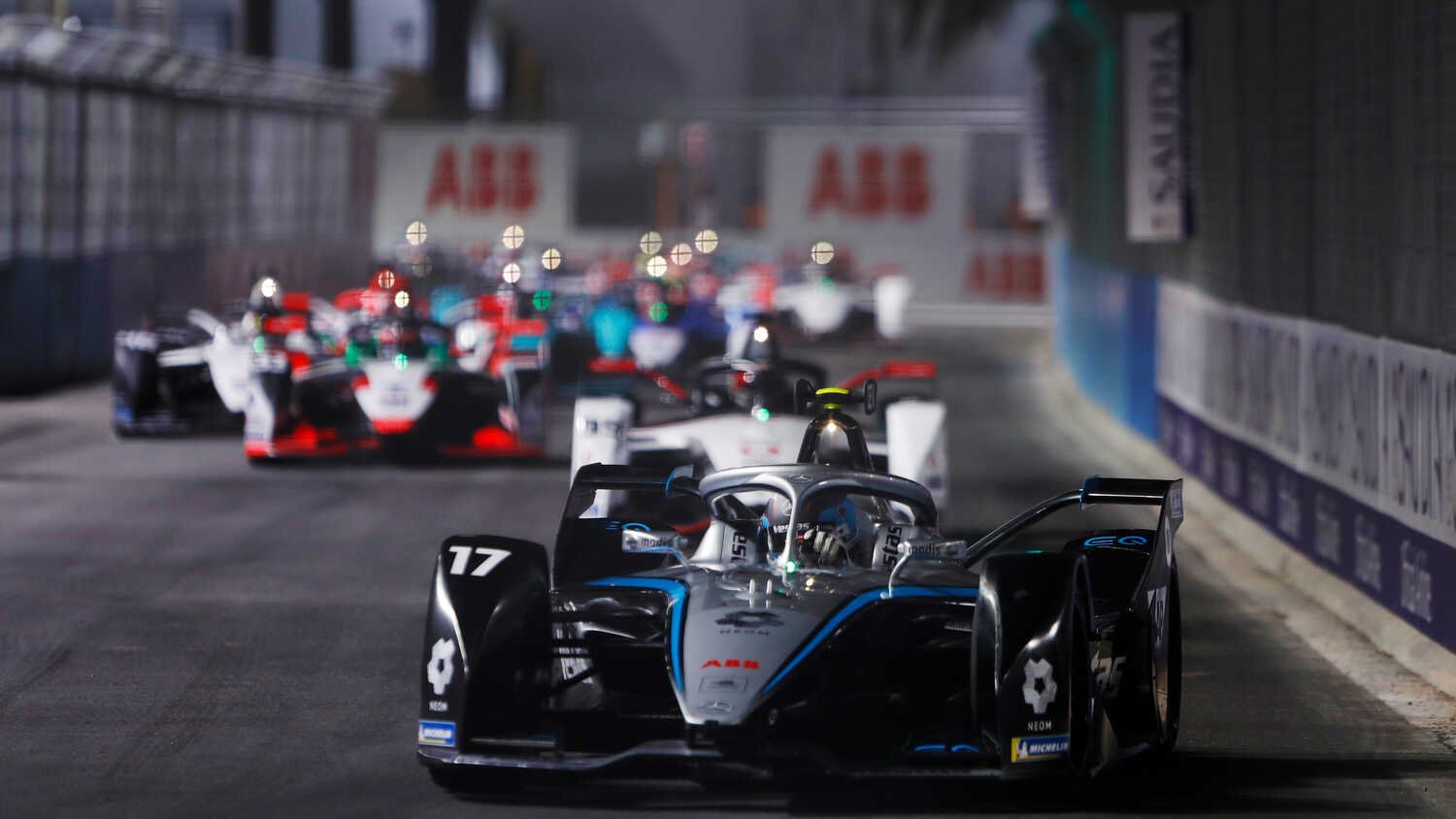 Mercedes man Nyck de Vries made it look easy on Friday as he led from start to finish to win the Diriyah E-Prix Round 1 on Friday despite some nervy moments with the safety car.

The Dutchman kept his cool while some in the midfield pack didn't, crossing the line first ahead of Venturi's Edoardo Mortara and Mitch Evans of Jaguar. Rene Rast and Pascal Wehrlein round out the top five.

There was some excitement further down the pack as Sam Bird and Alex Lynn collided. The latter tried to find his way around the outside of the Jaguar, but the room ran out. Although Bird was able to continue after coming in for a new nose, it was the end of Lynn's night as the safety car came out.

As a result De Vries' lead was erased, with Rast sitting second with more energy than the Dutchman as well.

Things were further complicated for the race leader after that as just after activating his second attack mode, Maximilian Gunther hit the wall and forced the safety car out once again.

However in the end nobody could find their way past the Dutchman as he kept the rest of the pack behind him en route to a comfortable victory.

Elsewhere, Techeetah duo Antonio Felix da Costa and Jean-Eric Vergne had races to fort as they could only muster 11th and 15th place finishes.

Speaking after the race De Vries admitted that while his pace has been good throughout the weekend, the safety car periods did cause some problems for him.

"It's my first victory, but I'm still very calm, I don't know why," he stated "I am very happy with how the weekend has gone so far, we were very strong starting with the first free practice.

"It is very satisfying to be able to continue that performance in the race. It wasn't easy with the safety car periods and we did not know beforehand how to manage the batteries. However, we communicated a lot and I am glad I was able to bring the car home."