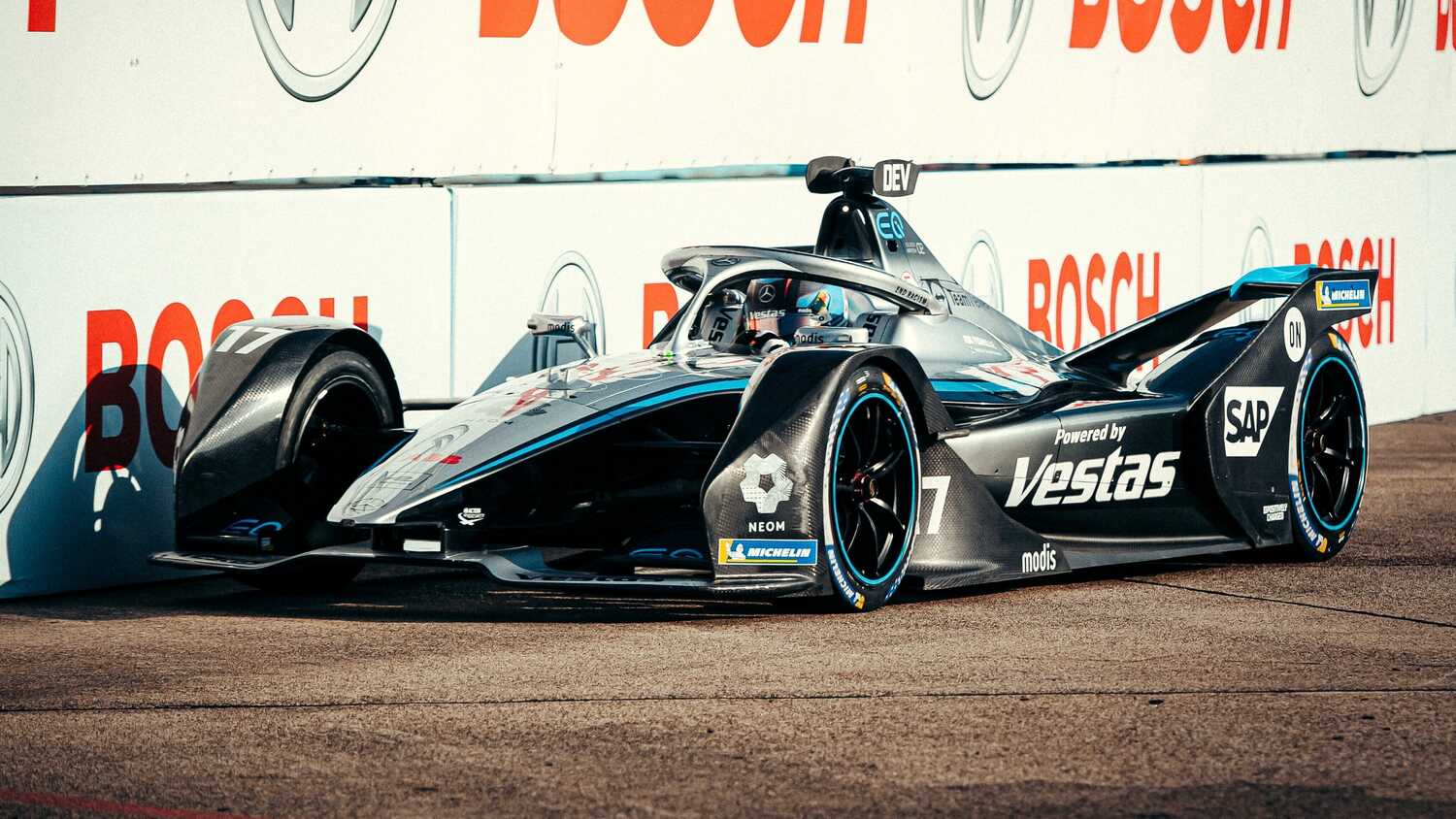 Nyck de Vries became the first Formula E World Champion at the season finale in Berlin after his three main title rivals crashed out in the first five minutes of the race.

Going into the race, 13 drivers were still mathematically in title contention but two of those contenders were out just seconds after lights out. Mitch Evans, who was arguably the favourite for the championship after qualifying in third, failed to get off the line and his car was hit hard in the rear by Edoarda Mortara.

The crash caused a red flag and there was more drama on the restart when Jake Dennis, who was third in the standings at the start of the day, lost the rear of his car and crashed out at Turn 1.

Pole-sitter Stoffel Vandoorne lost the lead to Norman Nato before dropping down the order. Nato held top spot for the rest of the race on his way to his maiden Formula E victory, with Oliver Rowland finishing his best result of the season in second.

Lucas di Grassi and Antonio Felix da Costa, two of De Vries' other championship rivals, collided at the Turn 2 hairpin with Da Costa hitting the wall which forced him to retire.

The incident caused a Safety Car, so Nato's three-second lead over the rest of the field disappeared. Rowland was very aggressive on the restart but could not find a way by Nato for the lead.

De Vries, who started 13th, cruised through the field but had a scary moment when he went three-wide with Andre Lotterer and Mercedes teammate Vandoorne. The trio narrowly avoided a big collision on the fast run down to Turn 3.

The Safety Car put Vandoorne back in contention for the win, and he quickly recovered to take third place by overtaking Alexander Sims. Lotterer also overtook Sims to finish in fourth with Pascal Wehrlein in sixth, Sam Bird in seventh and newly-crowned champion De Vries in eighth.

The other championship protagonists, including Robin Frijns, Alex Lynn and Jean-Eric Vergne, failed to come through the pack and finished behind De Vries.

It was a brilliant day for Mercedes as they won the Drivers' Championship with De Vries and the Teams' Championship on what is set to be their final weekend in Formula E.