A last-lap overtake on Mitch Evans was enough for Antonio Felix da Costa to claim his first victory of the season in Monaco, with Robin Frijns taking second ahead of Mitch Evans. 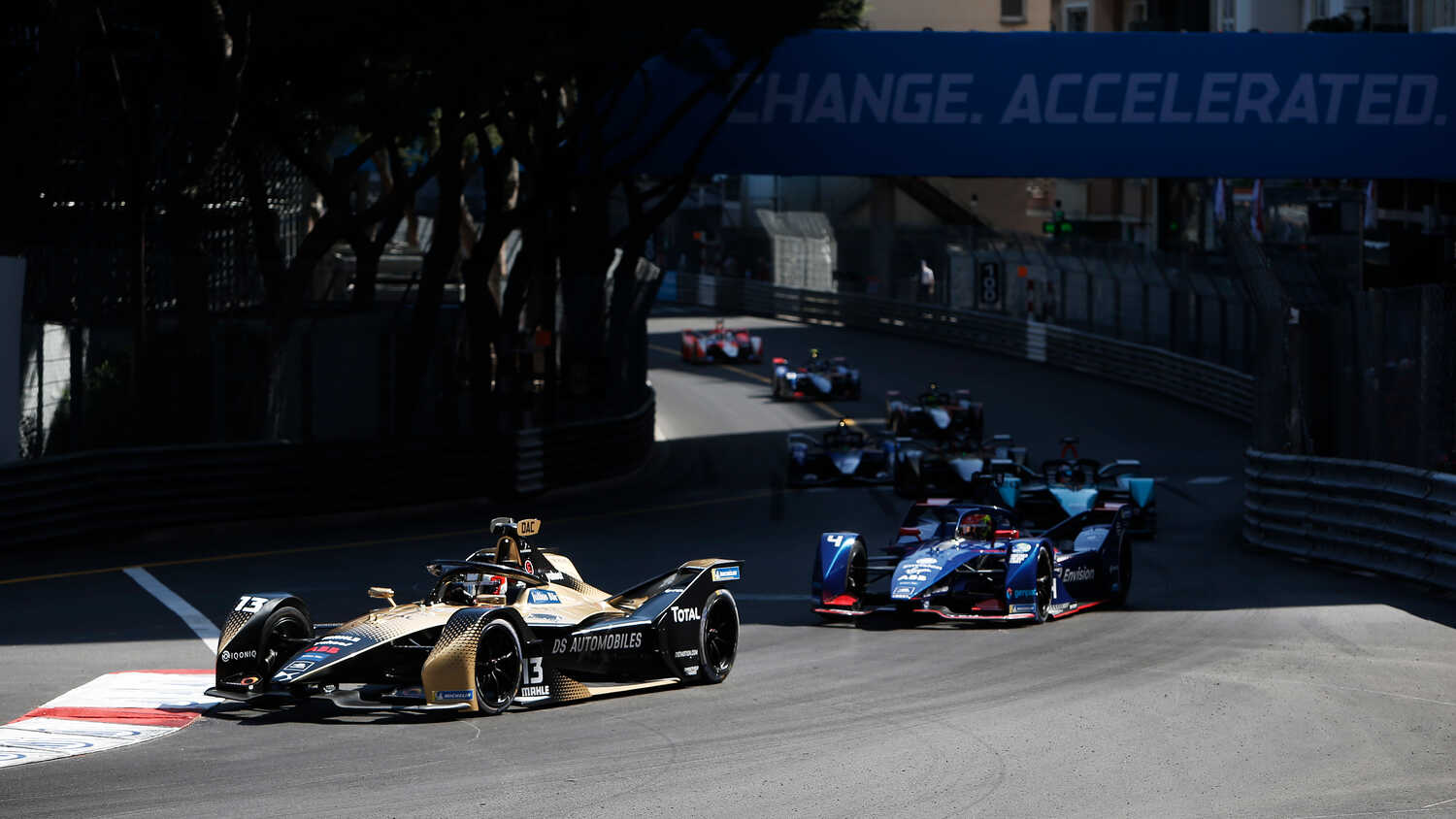 Antonio Felix da Costa took his first victory of the season after taking the Monaco ePrix in style.

The reigning champion came out on top after some heart stopping action on the final lap, as the Portuguese driver found his way past Mitch Evans out of the tunnel. While da Costa pulled away to score victory, Evans couldn't hold onto second either after using more energy than the cars around him.

As a result he had to lift heading into the chequered flag, opening the door for Robin Frijns to get past the Jaguar driver. The late pass means Frijns now leads the championship standings at the midway point of the season after both Mercedes drivers struggled in the race.

Da Costa started from pole and led off the line with Frijns keeping pace. However the Dutchman eventually took the lead on Lap 4 on the run to Sainte Devote, though it wouldn't be the first time they swapped positions as Attack Mode was activated and utilised.

With 16 minutes remaining da Costa made good use of his FanBoost to get past Frijns on the run down to the chicane. However Evans eventually joined the battle in his Jaguar, first getting past the Dutchman and then da Costa for the second lead change in less than a lap.

The Safety Car came out after that as Rene Rast hit the barrier while trying to get past Nick Cassidy. As a result the green flags came out with six minutes plus one lap remaining, before the final lap action took place with da Costa taking his sixth career victory in the series.

As for the Mercedes duo of Nyck de Vries and Stoffel Vandoorne, neither driver finished the race.