David Coulthard who raced in F1 between 1994 and 2008, claiming 13 wins, wants to get even with Red Bull's Max Verstappen after the Dutchman smashed a cake into his face. 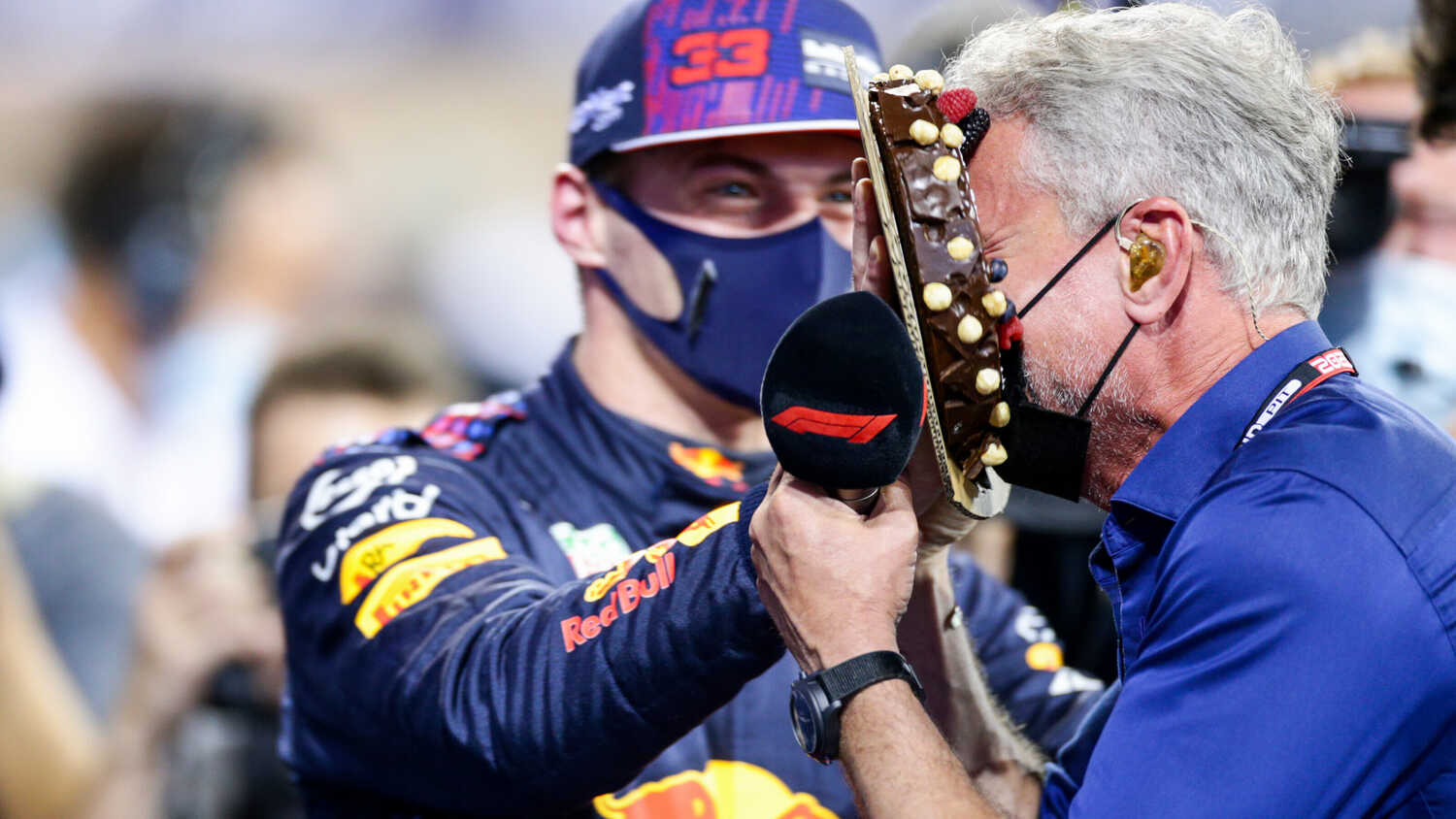 David Coulthard who is now an esteemed Formula 1 pundit wants to exact revenge on Max Verstappen after the Red Bull driver levelled the Scotsman's face with a cake in honour of the former driver's 50th birthday.

Having just qualified on pole for the 2021 season-opening Bahrain Grand Prix, Verstappen was in a jovial mood during the post-qualifying press conference hosted by Coulthard. After its conclusion, the Red Bull ace returned to the scene this time with a cake in his hand, smashing it into the former Scottish driver's face.

"I'm such a good believer, I couldn't imagine Max ever doing that. He also said 'look what's written on the cake'," Coulthard told Ziggo Sport. "Now I also have a pretty square head, so he could hardly miss."

"I know where he lives," Coulthard stated.

Jokes aside the multiple Grand Prix winner sang the Dutchman's praises saying he hoped the Red Bull driver would push Lewis Hamilton and Mercedes all the way.

"Max is the coming man, this is his season for the world title," Coulthard stated.