Lewis Hamilton will be joined by George Russell at Mercedes next season in the team’s first driver change for five years. How will the dynamic be altered? Will Mercedes be able to keep the situation under control? And could Russell even end Hamilton’s supremacy? RacingNews365.com looks ahead… 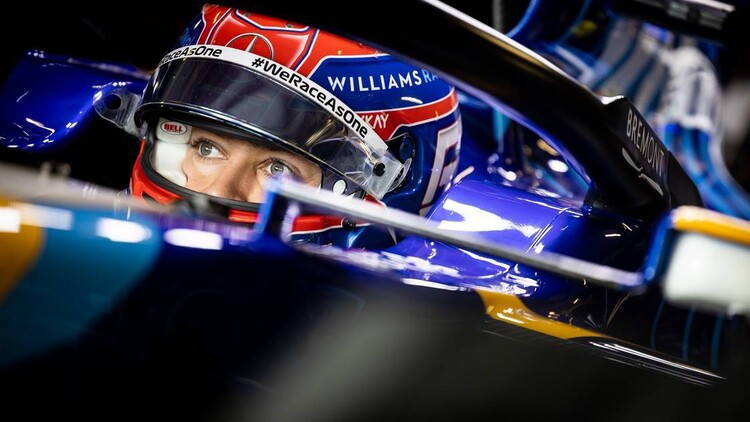 A rare driver change for Mercedes

Remarkably, Mercedes have only made three (permanent) driver changes since returning to the sport as a manufacturer in 2010.

They initially fielded Nico Rosberg and Michael Schumacher between 2010 and 2012, before replacing Schumacher with Lewis Hamilton, laying the foundations for an incredible period of success under the sport's turbo-hybrid era.

When Mercedes stormed ahead of the field in 2014, Rosberg and Hamilton clashed on and off the track, the rivalry and animosity getting worse each season as they went head-to-head for the ultimate prize. Hamilton got the job done in 2014 and 2015 to claim back-to-back titles, before Rosberg triumphed in 2016 and called time on his F1 career, having achieved his main goal.

In need of a driver at short notice, with Rosberg's retirement coming as a surprise to all, Mercedes called on the services of Valtteri Bottas. It has, without doubt, been a much calmer intra-team dynamic for Mercedes since 2017.

Although Bottas has occasionally challenged Hamilton, proving to be a particularly strong qualifier on his day, he has not been the persistent thorn in Hamilton's side that Rosberg was. Add in an amenable, cooperative approach from the Finn, and it's clear to see why things have turned out differently.

Hamilton made a point of describing Bottas as "the best teammate I've had the pleasure of working with" during his time in F1, following confirmation that he will leave Mercedes for Alfa Romeo at the end of 2021, praising the role he has played in helping to secure four successive Constructors' world titles.

"Your speed and resilience has been impressive but where you truly stand out to me is the human being you are," said Hamilton.

"You are greater than you know and I know there's a bright future ahead for you." 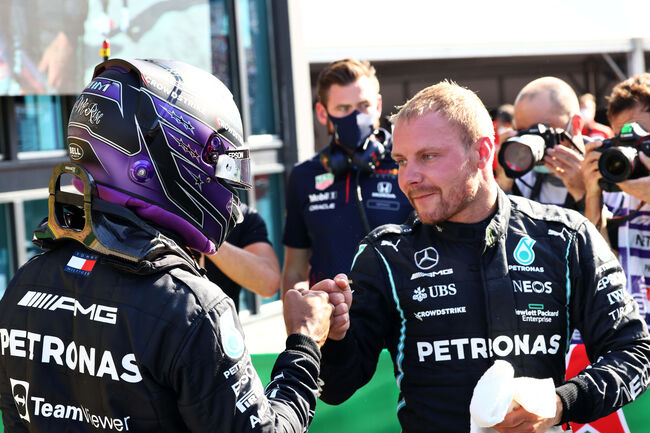 Replacement Russell is the real deal

In Bottas' place comes the highly-rated George Russell, who has more than proven his abilities across three seasons with the Mercedes-powered Williams team.

Russell arrived in F1 with successive GP3 and F2 titles under his belt and has only added to his burgeoning reputation by taking Williams' relatively uncompetitive – albeit steadily improving – machinery to unthinkable highs.

He has rightly picked up the nickname 'Mr Saturday' with a selection of brilliant qualifying performances, the most impressive of which came at the recent Belgian Grand Prix, when he split Red Bull's Max Verstappen and the Mercedes of new teammate Hamilton in a rain-hit session at Spa-Francorchamps.

But as current teammate Nicholas Latifi points out, there is much more to Russell than his one-lap pace.

"Obviously being teammate with him, I know first-hand how quick he is," said Latifi.

"To the public, [his] Saturday performances are quite standout, and I see from behind-the-scenes on the data how quick he is exactly in those scenarios. His ability to put everything together in that crucial moment, on that lap that counts, is very impressive.

"But even besides the 'Mr Saturday' tag, he does a lot of things outside of qualifying. He manages little details in the race, and there are a lot of peripheral things he's very, very strong at, so it's quite impressive.

"If he does go to Mercedes, we already saw what he was capable of doing in Bahrain last year, so I have no doubt he will be on the pace straight away.” 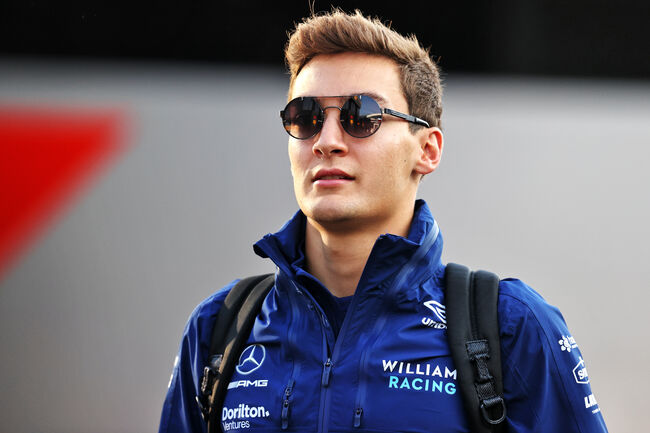 As Latifi touched on, if there were any lingering doubts about Russell's potential, they were erased after a spectacular stand-in performance for Mercedes at last year's Sakhir Grand Prix.

With Hamilton struck down by COVID-19, Russell jumped in as Bottas' teammate for the event and hit the ground running, despite wearing boots that were a size smaller than usual to fit into a car much different to the one he had been used to driving.

Russell ticked off his Friday programme with apparent ease, topping both sessions at Sakhir's 'Outer Circuit' while getting to grips with Mercedes' approach to a race weekend. He went on to push Bottas all the way in qualifying, missing out on pole position by just 0.026 seconds.

It got even better at the start of the Grand Prix as Russell charged past Bottas at the first corner, before expertly managing his tyres and controlling the pace. Only a pit-stop mix-up, and subsequent puncture, prevented him from taking victory.

Russell's rivals have spoken about him in glowing terms and, using that Sakhir display as an example, fully expect Hamilton to be challenged in 2022.

"For sure he will make it very difficult for Lewis," said Verstappen.

"He jumped into the car in Bahrain and basically he was already, from lap one, making it very difficult for Valtteri. So you can only imagine the more experience you gain in that car, and the more you get accustomed within the team, naturally you're going to become faster.

"Already you can see the performance he did at Spa was really good. Of course, they set up the car a bit more for wet conditions, but nevertheless, to do that in a Williams was very impressive. So I do expect him to do very well."

Ferrari driver Charles Leclerc, a teammate of Russell's in their karting days, added: "What I've seen of him since that time, is that he's extremely talented.

"I'm pretty sure he will perform very, very well and impress more than one person." 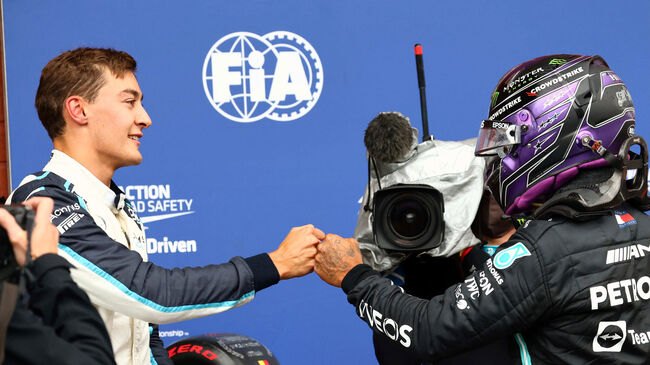 "I know what this day means and how it will feel for him," said Hamilton in a social media post, as he welcomed Russell to the team.

Hamilton was referring to his opportunity to step up to F1 with leading force McLaren back in 2007. As GP2 champion, he was the young challenger, expected to learn and develop next to established, two-time World Champion Fernando Alonso.

The partnership quickly turned sour as Hamilton matched Alonso's pace from the outset, with all sorts of dramas unfolding as the season developed. It went so badly wrong that the Spaniard left the team after just one year.

Alonso, though, says this was all down to the team's handling of the situation.

"Looking back, and I think Lewis will think the same, we had no issues between us, no problems. We had a very tough competition, but fair," Alonso recently reflected.

"We were too ambitious and nobody guided us in a way."

Mercedes will be keen to avoid a repeat of the Hamilton/Rosberg dynamic as Russell steps into the fold, but will they go as far as limiting Russell to a support role until Hamilton decides to retire from the sport?

Mercedes boss Toto Wolff has admitted to "learning on the job" with Hamilton and Rosberg, and that "if we were to run in a situation that we have drivers battling it out then I think we can benefit from the learnings".

Speaking in a recent interview with RacingNews365.com, former F1 driver John Watson was in no doubt: "George would have to accept that he will have to play second fiddle to Lewis, in any time they were together." 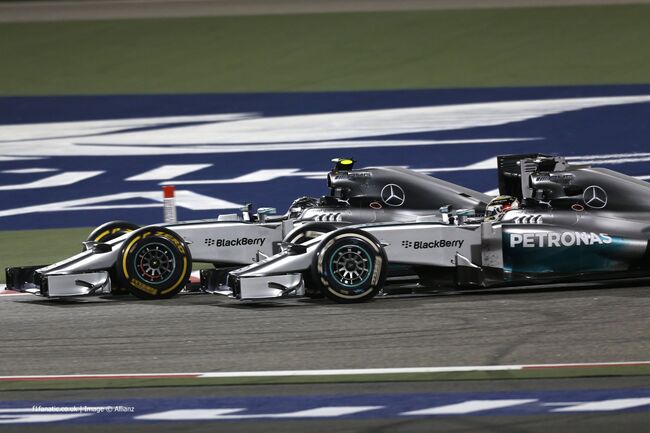 Who will come out on top?

Jenson Button, one of Hamilton's former teammates, reckons both Russell and Hamilton will be under pressure to perform from the outset.

"For George, it puts more pressure on his shoulders, because he’s going into a team that has won multiple World Championships, every championship in the hybrid era," explained the 2009 World Champion.

"For Lewis, it puts pressure on his shoulders, because he's never had a young hotshot come into his team that he's had to beat."

It will be fascinating to see whether Russell will have the outright pace, and freedom from Mercedes, to challenge Hamilton's authority at the team, without it damaging their overall championship ambitions.

Hamilton will end the current regulation cycle with at least six of the eight available Drivers' titles since 2014, and potentially seven, if he can overcome the external challenge posed by Verstappen and Red Bull over the second half of 2022.

In recent years, Hamilton has benefitted from a compliant teammate supporting these title bids in the form of Bottas, but if Russell is able to deliver in a similar fashion to his one-off showing in Sakhir a year ago, the veteran champion may be tested in a way that he has not experienced since the dark days alongside Rosberg.

Intriguingly, Russell's arrival in 2022 will coincide with an all-new set of regulations being introduced. It means that both Mercedes drivers will have a completely new car to understand and get on top of, not just Russell.

You only have to look at what happened to then-reigning four-time World Champion Sebastian Vettel at Red Bull in 2014, when he was upstaged by newly-promoted Daniel Ricciardo following the sport's last major regulation change.

With these factors in mind, Russell's arrival at Mercedes could mark the start of a new era, in more ways than one… 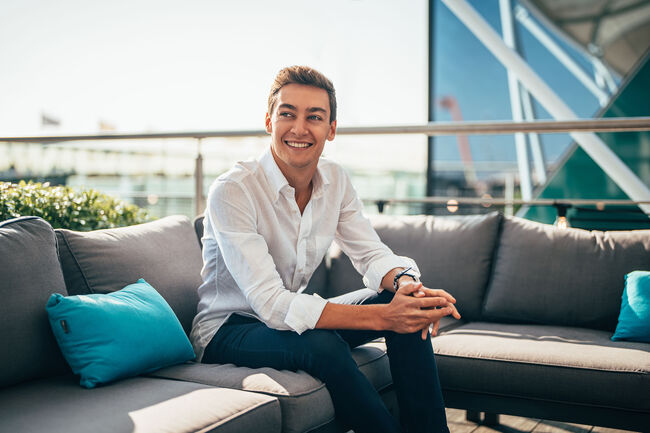 Can Russell beat Hamilton in 2022?