The cancellation of the Singapore Grand Prix has left Formula 1 with a spot on the 2021 calendar to fill. The boss of Austin's Circuit of the Americas say the Texas track is ready to step up with another race if needed. 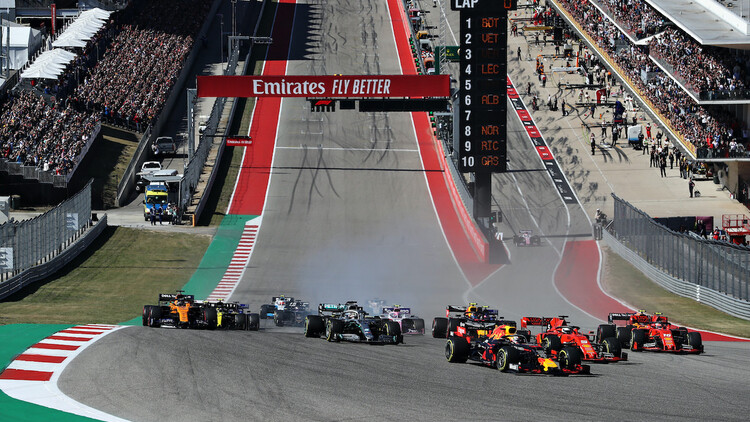 The Circuit of the Americas (COTA), which plays home to the US Grand Prix in Austin, could be set to host a second race this season should F1 opt for two weekends in the US following the cancellation of Singapore.

There is currently an empty spot on the 2021 Formula 1 calendar for the weekend of October 3, after the Singapore Grand Prix was cancelled due to concerns about pandemic restrictions.

Meanwhile, the fate of the Japanese Grand Prix at Suzuka the week after is also unclear, with race organisers waiting to see how the Olympic Games pass off in Tokyo this summer before making a final decision.

The US Grand Prix is currently set to return to the calendar on October 24 after missing out due to the COVID-19 pandemic last year, and circuit boss Bobby Epstein has said the track remains ready to host a second race should it be required by F1.

"As long as I put the word possible in front of it, then we're good," Epstein told ESPN.

"'A second race in Austin is possible' - I read that and thought, well that's true.

"A second race in Austin is a done deal - that is not true.

"But it's easy to flip it if they decide they want to and they need to and it's the best decision for the sport, they can make that decision and we're there for that."

Epstein added that the track as a permanent race circuit would have no issues with the logistical challenge of hosting F1.

"The fact we're a permanent race track, that's easy. So then the question is when you take it from a race to an event. Now you have to tell me what you want in that event, then I can tell you what I can do," he said.

"We've thousands of people who works these events, people who work concession stands, direct traffic, clean up, set up, whatever it is. The demand we know is here, thanks to some great growth in the sport in its popularity, the demand would be there and it could be pulled off".