Coronel on Lewis veto: Hamilton is scared of Verstappen

Tom Coronel says Lewis Hamilton is angling for a teammate veto clause in his contract to prevent Max Verstappen from joining the team as he believes Hamilton is afraid of the Dutchman. 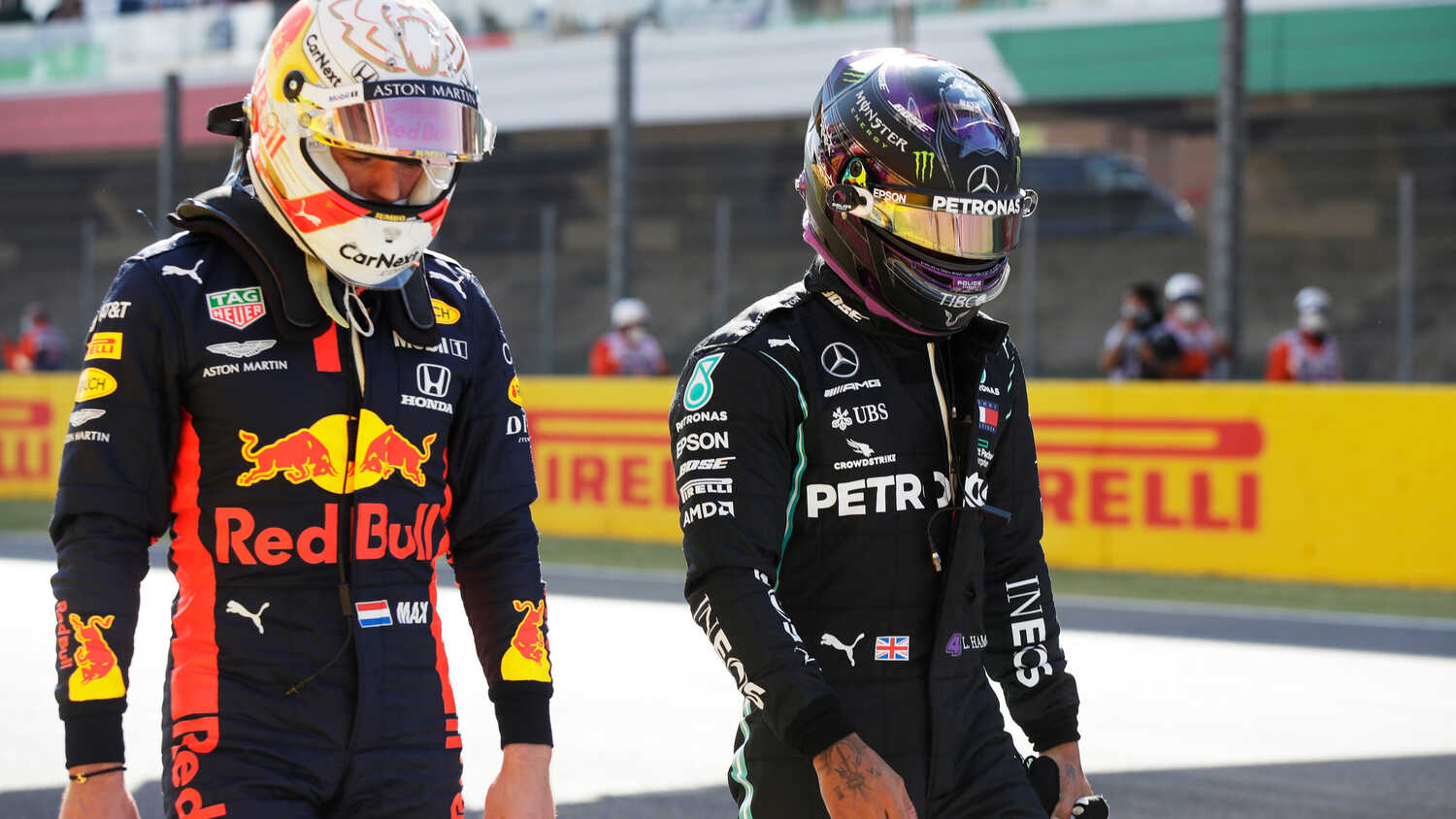 Dutch racing driver Tom Coronel says that Lewis Hamilton is angling for a teammate veto clause in his contract solely to prevent Max Verstappen from joining Mercedes as he believes the English driver is afraid of the Dutchman.

Hamilton has dominated the sport in recent years winning four driver titles on the bounce and only losing out on the title once, in 2016 to Nico Rosberg, between 2014 and 2020. The British driver has equaled Michael Schumacher's record of seven world titles and has the most number of wins and poles to his name.

Despite this, the reigning world champion would like to insert a teammate veto clause in his contract to prevent Max Verstappen, who himself has a performance clause in his Red Bull contract, from joining the team. Dutch racing driver Tom Coronel shares why.

"Lewis is only afraid of Verstappen," Coronel told RacingNews365.com.

"That's the only driver who scares him. Max is the only one who can dethrone him and Lewis realizes that all too well.

"He knows that it won't be Ricciardo or Bottas who will hurt him. Max and Lewis are by far the best drivers in Formula 1 right now, so I understand 100% that he wants a veto."

Verstappen has been consistently linked with Mercedes despite signing with Red Bull until the end of 2023, Coronel believes Hamilton would prefer to have a teammate like Bottas rather than the Dutchman.

"Mercedes is still very interested in Verstappen, they make no secret of that," Coronel said.

"Lewis wants a Bottas next to him and not a Max. He is looking for a driver who is just a little bit less, who doesn't bother him. Of course, Lewis is not keen on being dethroned by another Mercedes driver."

The WTCR driver then goes on to explain why Mercedes should seriously consider signing Verstappen.

"Max is worth as much as Lewis," said Coronel.

"He is of the same level, just almost fifteen years younger. He is the man of the future, the champion of the future who still has a long period in F1 ahead of him.

"Lewis, on the other hand, knows he only has a few years left at the highest level. That makes Verstappen a more interesting, forward-looking option for the teams and that goes for Mercedes as well.

"It's unprecedented how fast he continues to develop. If you were to look purely at the drivers, take away the names and then look at them without prejudice, as a team you choose Verstappen.

"He has the talent, is still growing, is only 23 years old. Max is the future."

Though unlikely to happen, Coronel like many of us would like to see a duel between Hamilton and Verstappen.

"Max vs. Lewis, it will be equally exciting for both drivers," said Coronel.

"Max will certainly not destroy Lewis, but he can beat him. He is young, fresh and completely focused. In addition, he has an unprecedented drive and the extreme will to win, Max has everything left to win and is not yet a champion - he will be in time."