Button on life as a team boss: I'm more nervous now than when I raced!

Jenson Button may have retired from F1 several years ago, but he's busier than ever, still competing in motorsport, acting as a TV pundit and, most recently, embarking on a new chapter as a team boss in Extreme E. RacingNews365.com recently had a conversation with the 2009 World Champion. 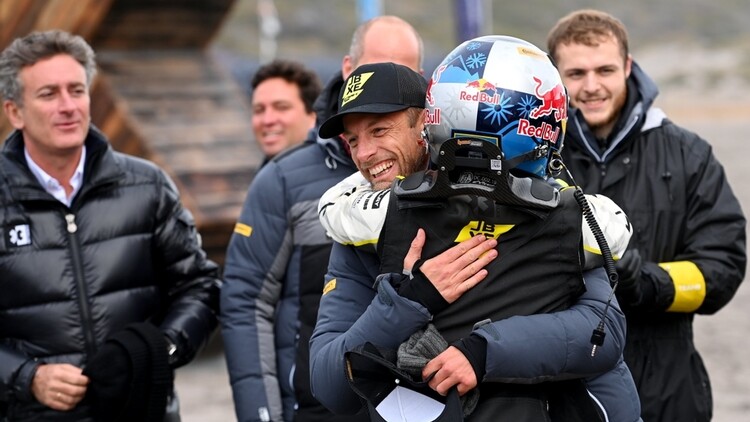 After almost two decades competing in Formula 1, which yielded 15 wins, 50 podiums and a world title, Jenson Button called time on his illustrious career at the top level in 2016 – ignoring his one-off substitute appearance a year later.

In the five years since then, he has tackled Super GT in Japan, the World Endurance Championship (including the 24 Hours of Le Mans) and the DTM touring car series. More recently, he became a co-owner of the rebranded 'Jenson Team Rocket RJN' team with fellow racer and long-time friend Chris Buncombe, alongside veteran boss Bob Neville.

Button's next step was to enter the electric off-road Extreme E series under the 'JBXE' moniker, while making use of the Rocket RJN crew. In doing so, he followed in the footsteps of fellow F1 stars Nico Rosberg and Lewis Hamilton, with the trio occupying the top three positions in the standings come the end of the inaugural season.

It's been a whirlwind ride for Button and his team, which travelled aboard the St. Helena 'floating paddock' to countries including Saudi Arabia, Senegal and Greenland, along with late-season trips to Italy (Sardinia) and the UK (Dorset).

Dorset, and the muddy Bovington Camp military base, is where RacingNews365.com caught up with the 2009 F1 World Champion to reflect on his year as a fully-fledged team boss, and how it compares to his days behind the wheel.

"I get more nervous now than I did when I was racing!" Button declares, just a few moments after engaging in some banter with Rosberg in the paddock.

"I think it's because it's out of my hands. When you're racing, you're kind of in the moment, but when you're a team owner, it's very different. The adrenaline, wow! My heart pounds before the start. I'm loving the experience." 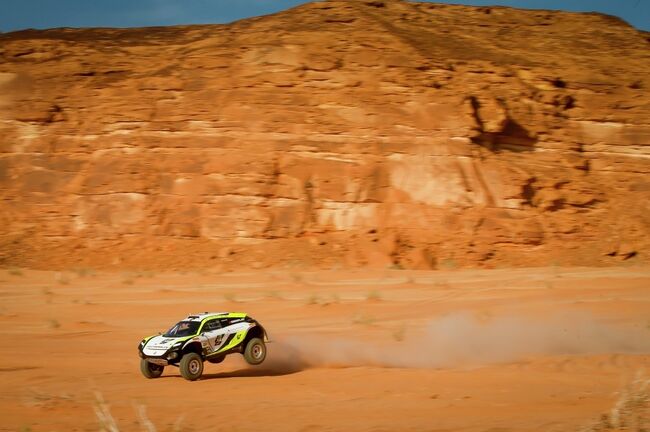 Extreme E's regulations require each team to field one female and one male driver in a move to eradicate preconceptions around gender divides in motorsport.

Button raced for himself in Saudi Arabia, where his mileage was limited by car issues, but stepped aside from the second round. He is now represented by World Rallycross star Kevin Hansen and Mikaela Åhlin-Kottulinsky, who finished runner-up in this year's Scandinavia Touring Car Championship.

Given the challenges encountered by JBXE in an all-new championship, staged amid the ongoing COVID-19 pandemic, Button has been left feeling "really proud" of his drivers and the atmosphere within the team.

"It's such a great team of people," he comments. "All the mechanics here are from Rocket RJN. It's been a massive learning curve for them as well. The engineers did a great job of understanding an off-road vehicle.

"It's helped by having such an experienced driver in Kevin, and Mikaela, who is willing to learn and to improve every time she drives the car. It's really good [as a driver combination].

"I'm really proud of everyone in the team. It's been a tricky season getting used to travelling to these places around the world. It's a very different way of racing, but also these guys learned so much this year." 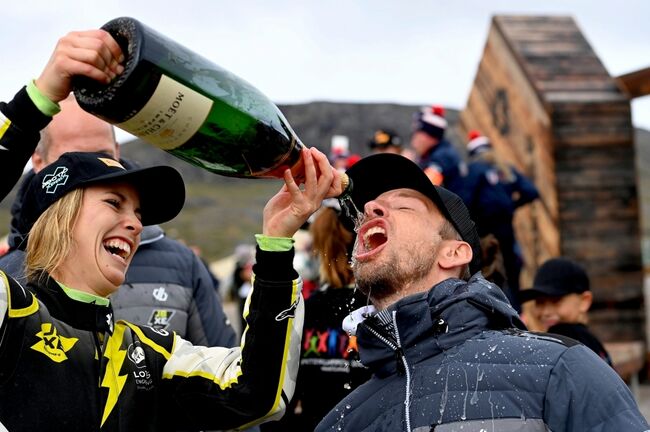 Extreme E is driving change around the world

Making a tangible difference at each venue is at the heart of Extreme E's mission, with special legacy projects organised to provide support relating to specific local needs.

These include the championship getting involved in turtle conservation along the Red Sea in Saudi Arabia, while in Greenland there is a collaboration with UNICEF to empower young climate changemakers.

Button was particularly taken aback after learning about the melting icecaps ahead of the Greenland round. Extreme E provided practical support by inviting scientists onto their 'floating paddock' for the journey.

"With the legacy programmes, you learn a lot," says Button. "The one in Greenland, especially, with the icecaps. There's nothing that I can do in the short term to help that, in terms of a lot of the dirt on icecaps is from the fires from North America – that's what we were told.

"The problem is they get dirty, and then the sun shines and it melts, because it doesn't reflect the sun as it should – so that was a tricky one, to see them melting.

"But it was great to have scientists on standby to really study it and understand it. It's a much cheaper programme for them. If they had their own ship to travel around the world, to go to Greenland, to study that ice capsule, it would cost a lot more." 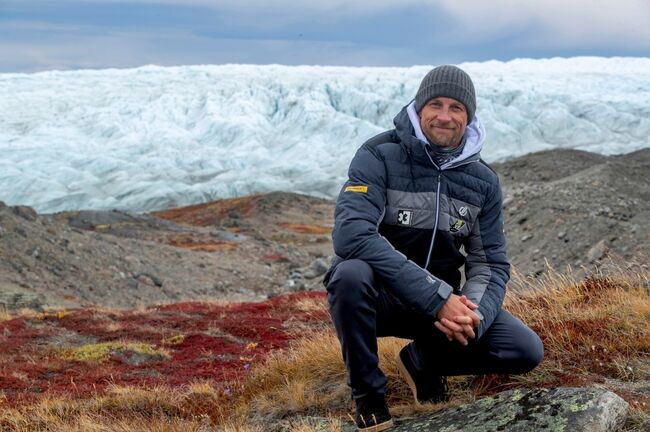 How Button has made adjustments to his daily life

Button noted several differences in the Extreme E paddock compared to other categories he has competed in and how it has also inspired change in his daily life.

"I think it's the little things, like you walk around the paddock here and there's no plastic anywhere," he points out.

"Everyone's supposed to bring their own knives and forks, cutlery – it sounds silly, but it's such a simple thing. It's a lot less waste than any other motorsport category I've been in.

"It changes your way of thinking for home [life]. My new house that we've just built, it's got a solar panel on the roof. I've got an electric bike now that I go to the gym with instead of driving. You know, it's a 10-minute drive, but if everyone's in the position to do that, it's great.

"It's the smallest little changes and it's what fits your lifestyle – there's so many different things you can do that fit your lifestyle. It's a tiny change, but if we're all doing it, it makes a big difference."