Button explains what was behind Hamilton's 2011 struggles

2011 was a difficult year for Lewis Hamilton, and Jenson Button – who was his teammate at McLaren at the time – has shed some light on what might have caused the issues. 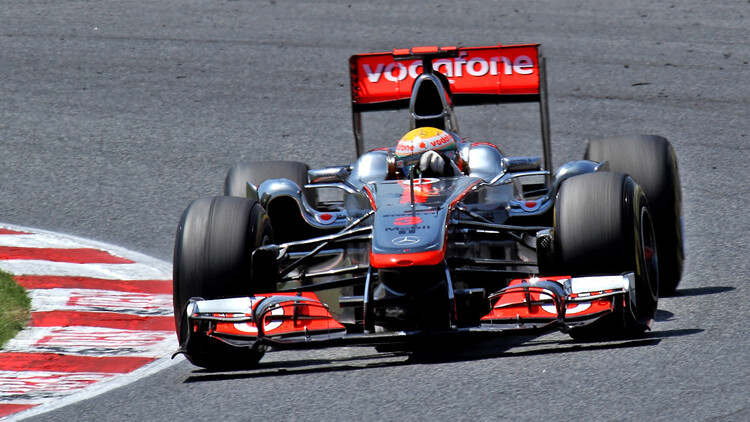 Jenson Button feels that Lewis Hamilton particularly struggled in 2011 because he did not have a strong enough support network around him.

The 2011 F1 season – which would prove to be Hamilton's penultimate year with McLaren before switching to Mercedes in 2013 – seemed to be a challenging one for Hamilton both on and off the track. There were crashes, various run-ins with the stewards and problems in his personal life, and he later called it "a worse year than I've had previously".

Button was Hamilton's teammate during this time and feels that he struggled due to not having a solid group of people around him, something Button himself has learned the value of over the years.

"Having good people around you [is important], just to let you know what you have achieved and how good you are, but without blowing smoke where the sun doesn't shine," Button told the High Performance podcast.

"That was really important to me, having a good team of people. Being alone, I would have struggled, and I know other drivers struggled like that.

"I know Lewis, when we were teammates in 2011, he struggled because he didn't have that team of people around, and that [having those people around] is what helped me a lot in my career."

The 2011 season saw Hamilton finish in fifth in the Drivers' Championship on 227 points, whilst Button ended the year in second with 270 points to his name.

Button admits that the media scrutiny – like that experienced by Hamilton – can be tough for a driver and believes that they would all benefit from having somebody to talk to about this at every race weekend.

"When they [the media] write negatives about you, it's really, really tough and it does get you down," the British driver explained. "I understand a lot of drivers have been through the same.

"I would say, have someone at every race with you that you can sit down and talk to face to face. Even if they're not saying anything, it's just getting it out, and I think drivers these days should have that support.

"Looking back, I would have, but I thought I was too much of a 'man' to have support, and you do at this level, the pinnacle of any sport, you need that support."