Sir Lewis Hamilton faced criticism from his former teammate Nico Rosberg after the French Grand Prix that he had been too soft in letting Max Verstappen pass him for the lead on the penultimate lap of the race. Martin Brundle thinks there wasn't much that the world champion could have done. 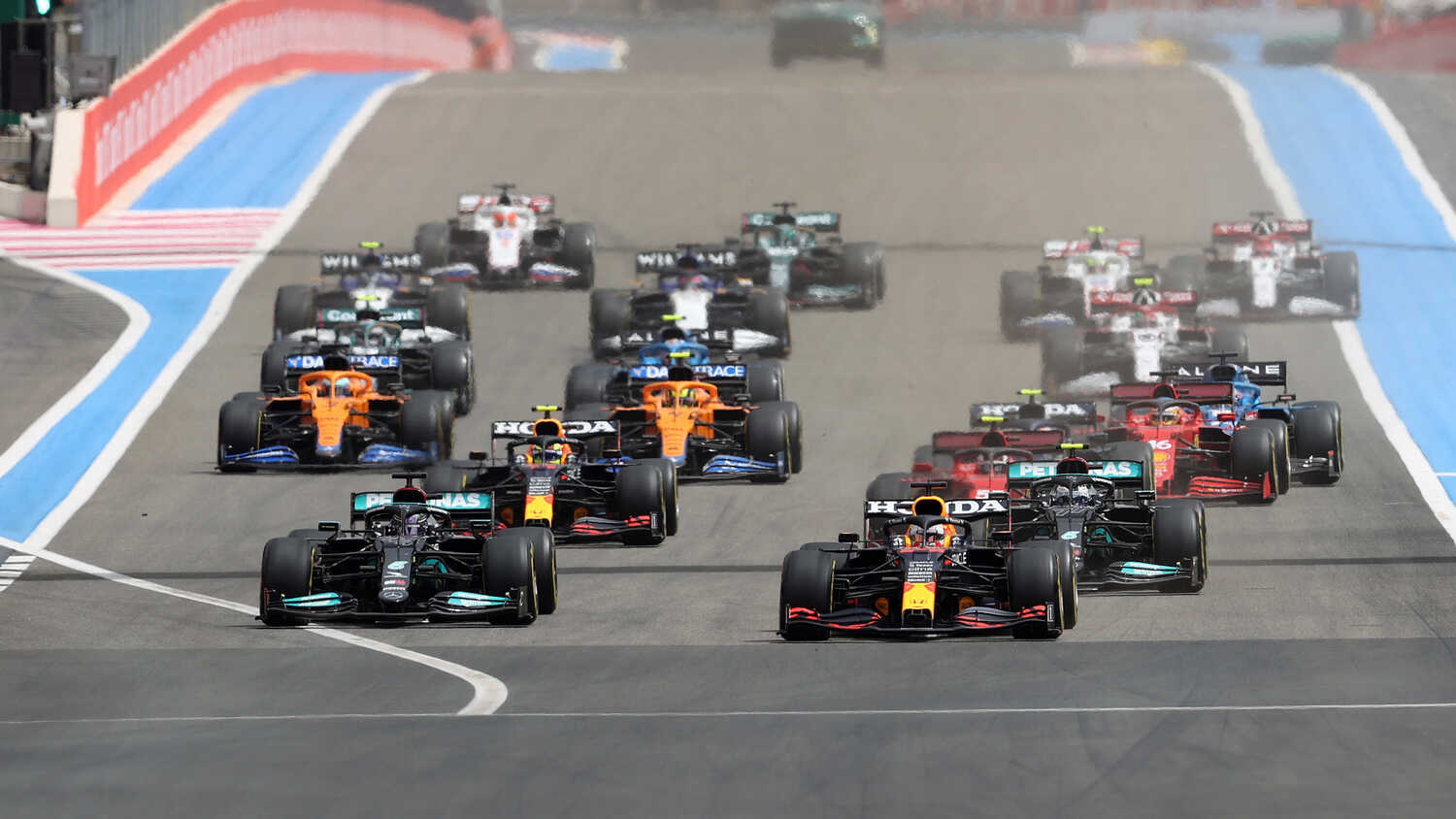 Martin Brundle has said that he doesn't think Sir Lewis Hamilton was "too soft" in letting Max Verstappen pass him for the win of the French Grand Prix as there was little the Mercedes driver could have done to prevent it.

Hamilton came in for criticism from his former teammate Nico Rosberg following the race that he had failed to shut the door on Verstappen in the penultimate lap, and that he could have defended the pass more aggressively.

However, in his column for Sky Sports, Brundle said that Hamilton was focussed on the long game when he made the decision to yield the position.

"I don't agree that Hamilton was too soft when letting Verstappen by," Brundle said.

"He was out of tyres and the pass was inevitable before the finish given the Red Bull's straight-line speed and DRS assistance. In the same way that Verstappen wasn't super aggressive when Hamilton passed him in Budapest and Barcelona before in similar circumstances.

"It's a bit like knocking your King over in a chess match, your loss is inevitable and you may as well bag the 18 points for second and lick your wounds ready for another day, rather than terminally flat spot a tyre or lose your front wing."