Brundle: It will continue to be 'hard and bitter racing' between Hamilton and Verstappen

The Formula 1 pundit expects more drama to occur between the championship protagonists in the remaining rounds of the 2021 season. 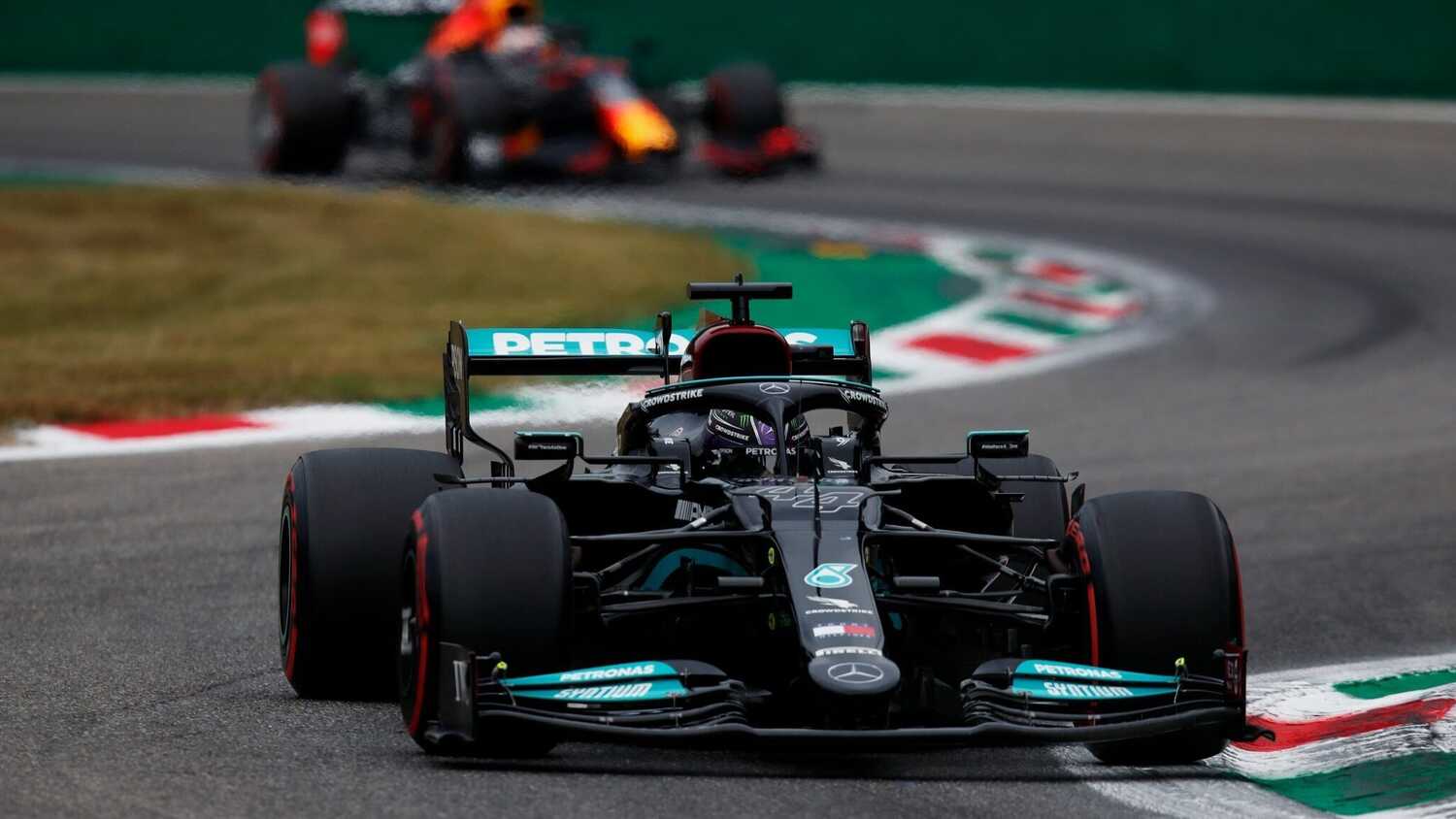 Formula 1 pundit Martin Brundle believes the racing between Lewis Hamilton and Max Verstappen will continue to be "hard and bitter".

Hamilton and Verstappen collided at last weekend's Italian Grand Prix and were both left stranded in the gravel trap after the Red Bull driver's car climbed over the top of Hamilton's Mercedes.

The seven-time World Champion was hit on the head by one of Verstappen's tyres and Mercedes believe the Halo saved Hamilton's life at Monza.

"The aerial and scary nature of the aftermath has a touch of 'I'm surprised that doesn't happen more often' feel about it," Brundle wrote on his post-race column for Sky Sports.

"The physics of the vertical suspension and tyre sidewall movement from Max's Red Bull on the kerb added to tyre contact with Lewis simply springboarded his car into the air and across the Mercedes.

"The rollover hoop and Halo did a magnificent job of protecting Lewis' head, and thankfully Max's right-rear wheel wasn't under power like his left rear wheel gently was.

"These cars have the footprint of a full-size Range Rover with enormous and unprotected sticky tyres on each corner, and then they are pitted against each other in high-speed competition in confined areas. Incidents will happen.

"There's plenty more to come from the Hamilton/Verstappen duel, it will be hard and bitter racing, let's hope it remains safe for them both."

Verstappen received a three-grid place penalty for the next F1 race which will be the Russian GP. Hamilton says he was "proud" of the stewards' decision after he lost an opportunity to retake the lead in the Drivers' Championship.

"It must be said that neutral points on race day in Monza was probably a net gain for Max over Lewis given expected car performances," added Brundle.

"But they're two world-class drivers really going for it head to head in a championship where literally every point will count come the day of reckoning."