Brawn: Norris' gamble could have paid off like Barrichello's

Formula 1's Ross Brawn says Lando Norris made the same call that Rubens Barrichello did to claim his first Formula 1 victory 21 years ago, only that luck worked against him. 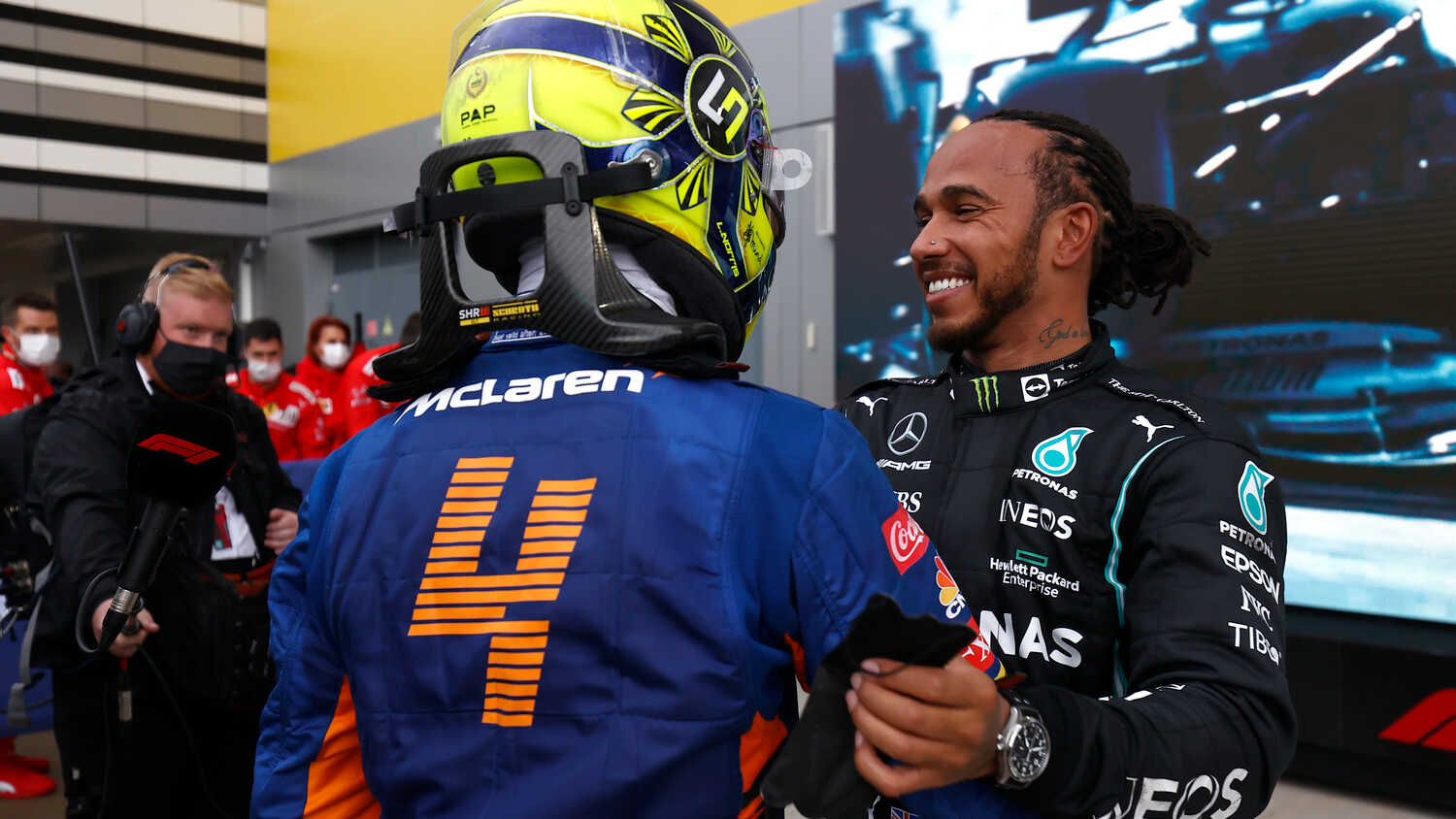 Ross Brawn has said that Lando Norris almost emulated Rubens Barrichello's gamble en route to his first victory in Formula 1 more than 20 years ago, but that luck ultimately evaded him.

Back at the 2000 German Grand Prix, Ferrari driver Barrichello overruled calls from the pit wall, which included Brawn himself, to stay out on track on slick tyres in increasingly wet conditions at Hockenheim. With the leading McLarens having pitted for Intermediates, Barrichello hung on to take a famous maiden win.

Norris found himself in very similar circumstances in the Russian GP on Sunday. Having led most of the race during the dry phase, the looming rain meant the headache of choosing between whether to pit for Intermediates or to stay out.

With the pursuing drivers opting to pit, Norris committed to the slick tyre gamble. Ultimately, it proved to be the incorrect call, as he simply couldn't keep up the pace and slid off to hand the lead to Lewis Hamilton.

Brawn praised Norris' attempts, and said it could so easily have swung the other way.

"Lando will be hurting right now," Brawn wrote in his column for the official Formula 1 website. "We all felt his pain when he slid off the track. It was a tragedy.

"I've been in that situation – when you need to make a big strategy call. I've won races by hanging on, I've lost races by hanging on. A good example is when Rubens Barrichello won the German Grand Prix in 2000 for Ferrari. We insisted on him coming in and he said, 'No way', and he hung on and won the race.

"Those scenarios are so difficult and in Sochi it was especially tricky as only half the track was wet. Even with radar, no one is completely certain how wet it will be.

"If you're leading a race, you don't want to give it up. When you're in the front, the guy in second has a much easier decision to make as he has nothing to lose. He either stays out and does what guy in front does or takes a punt and he is unlikely to be any worse off than he was to begin with."

Norris still did enough to earn Brawn's praise as his driver of the day, noting that the team could have, perhaps, overruled his decision to stay out.

"Lando will go away from this and become a stronger driver," Brawn added. "So much would have been preying on his mind, including the fact he managed to cope in qualifying better than anyone else. I see why he was insistent with his team.

"You could ask – should his McLaren team have taken the lead and insisted he pit when he said he didn't want to? A driver is in a bubble. He doesn't see what's going on. In this case, I'd say it's 60/40 in favour of the team making the decision but it's so difficult because you don't want to give up the lead of the race.

"That sinking feeling a driver or a team gets when they realise they made the wrong call, and the lead is evaporating before their very eyes, is horrible. They have my sympathies, but that kind of drama is what makes F1 so fantastic."