Bottas: We're stronger than we expected so far

The Mercedes driver admits that he did not expect himself and Lewis Hamilton to have such a big pace advantage over the rest of the field at Monza. 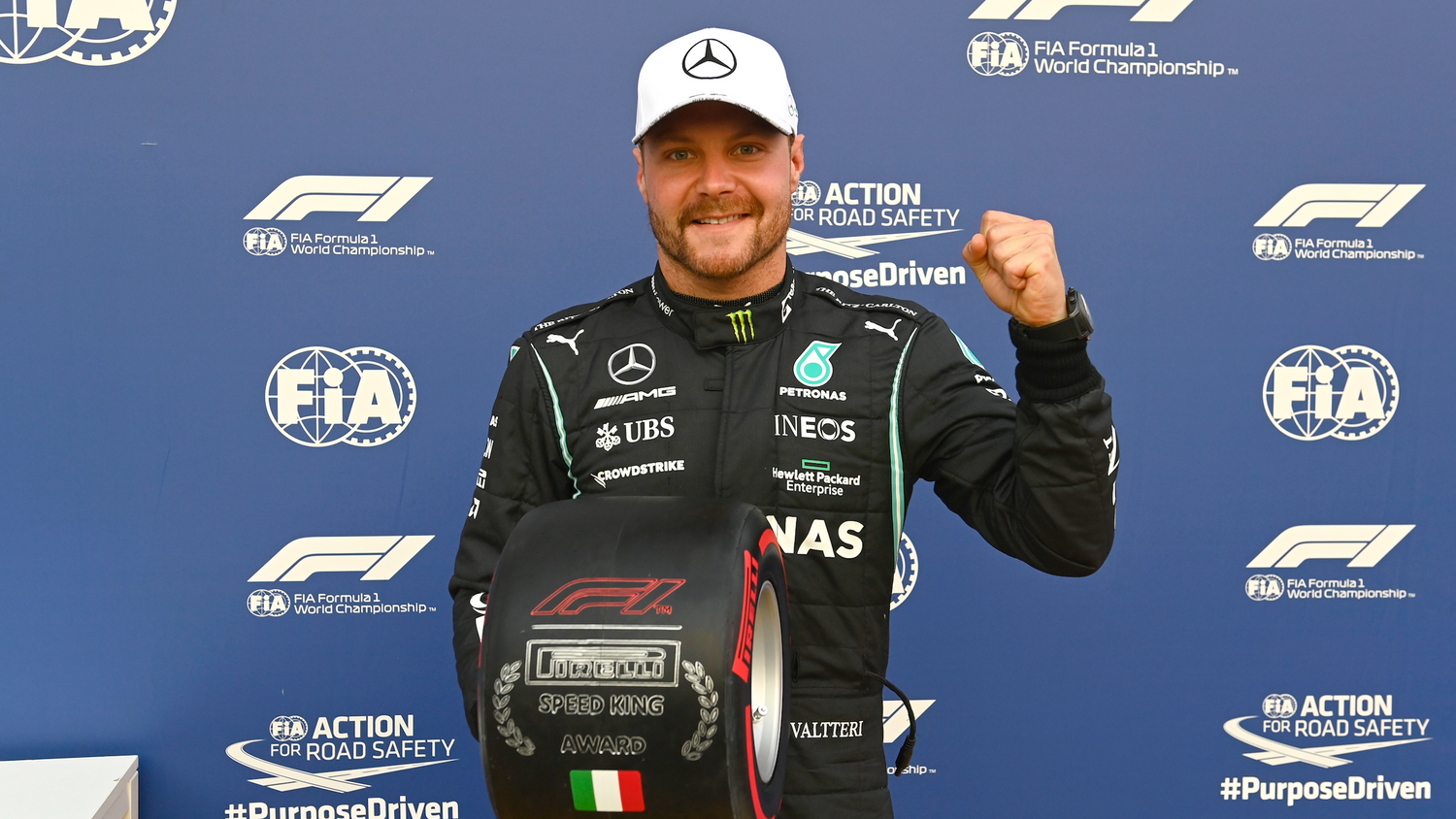 Valtteri Bottas says Mercedes are "maybe stronger than we expected" to be at the Italian Grand Prix after he took first place in qualifying at Monza, with teammate Lewis Hamilton close behind in second.

Bottas was 0.411 seconds faster than championship leader and Red Bull rival Max Verstappen, who will start the Sprint Qualifying race from third.

Mercedes have gone well at Monza in recent years, winning five of the last seven races at the hands of Hamilton, and the Silver Arrows looked dominant throughout Friday's running at the track.

"The lap felt nice and I enjoyed it," said Bottas. "The last lap was a beautiful lap and I really had fun.

Bottas will be forced to take a grid penalty on Sunday, though, after Mercedes revealed that they changed the power unit in his car ahead of qualifying.

As this is his fourth engine of the year, he will start the Italian GP at the back of the field, regardless of how well he does during Sprint Qualifying, where points are on offer for the top three finishers (three for the winner, two for second place and one for third place).

Bottas says he expects to score "strong points" on Sunday because of Mercedes' outright pace.

"I think we need to get the maximum points for the team, of course, that's the important thing," Bottas told Sky Sports.

"But let's see how it goes. We need to really go by [the] situation and my aim, of course, first of all, is to get a good start and build a gap."