Valtteri Bottas took a gamble during Sprint Qualifying, but in the end it didn't pay off. The Finn will start Sunday's race from the same position he started Saturday's event - third. 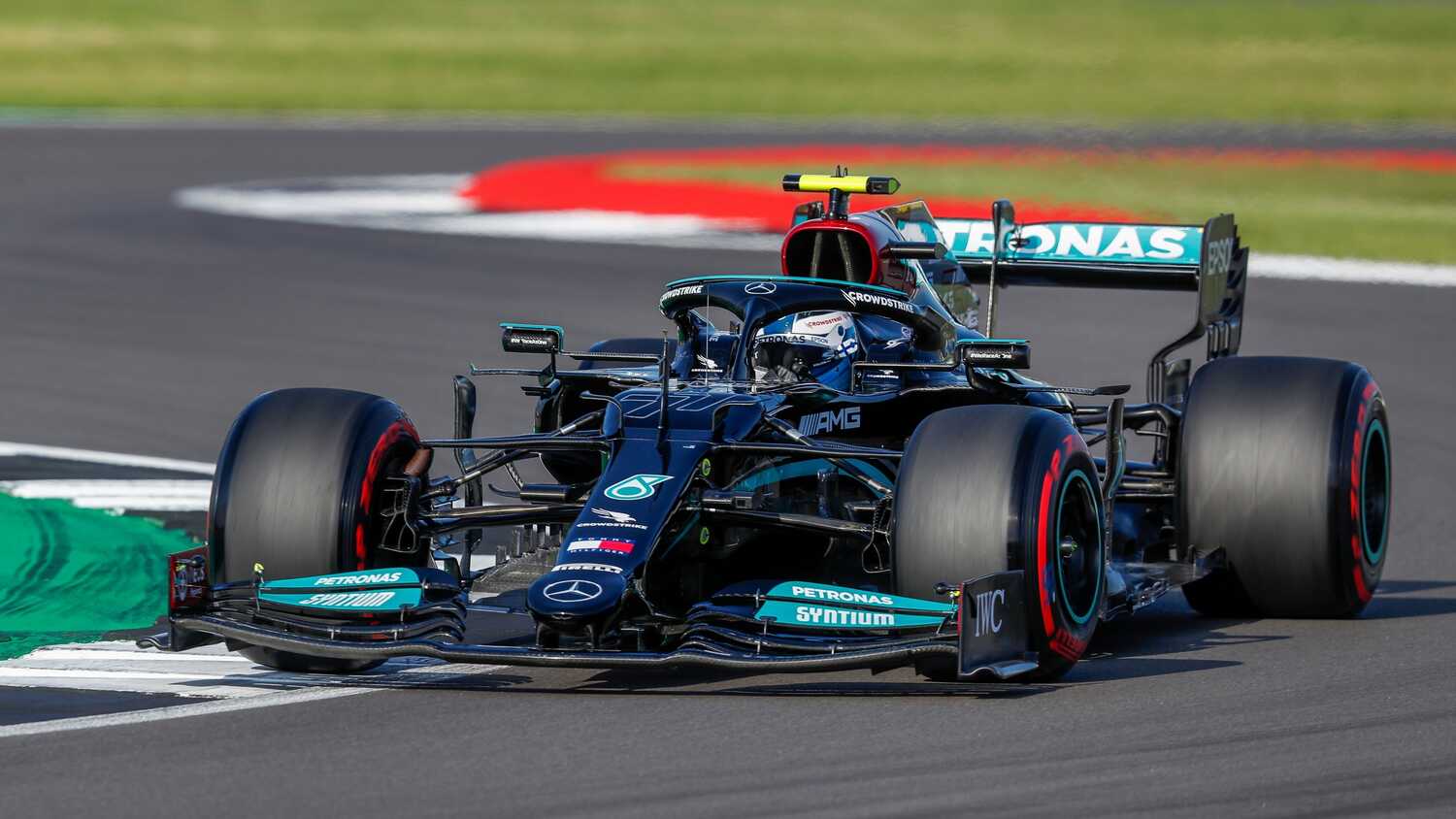 Valtteri Bottas was the only driver in the top five to start Sprint Qualifying on soft tyres, and the Finn believes his performance shows that the warm conditions could make for a challenging British GP.

Mercedes were hoping the Finn would play a part in slowing down Max Verstappen, who started second. However the Dutchman got past Lewis Hamilton off the line and there was nothing for the Finn to gain ahead of what he expects will be a challenging Sunday.

"We tried to do something different," Bottas told Sky Sport. "Obviously the target was to try and get him [Verstappen] at the start or on the first lap. That didn't happen, I think he had a good start as well.

"At Turn 1 I was slightly blocked so I couldn't really use the momentum, but we tried and in the end I still managed to keep the place with the soft tyre even though there was some blistering.

"I think today shows that tomorrow is not going to be easy. It's gonna be a bit warmer then, we might see more issues. We're definitely aware and it [makes it] more open. Anything can happen."