Mercedes' Valtteri Bottas says there's more pace to come from the W12, after he and teammate Lewis Hamilton finished at the top in both Russian Grand Prix practice sessions on Friday. 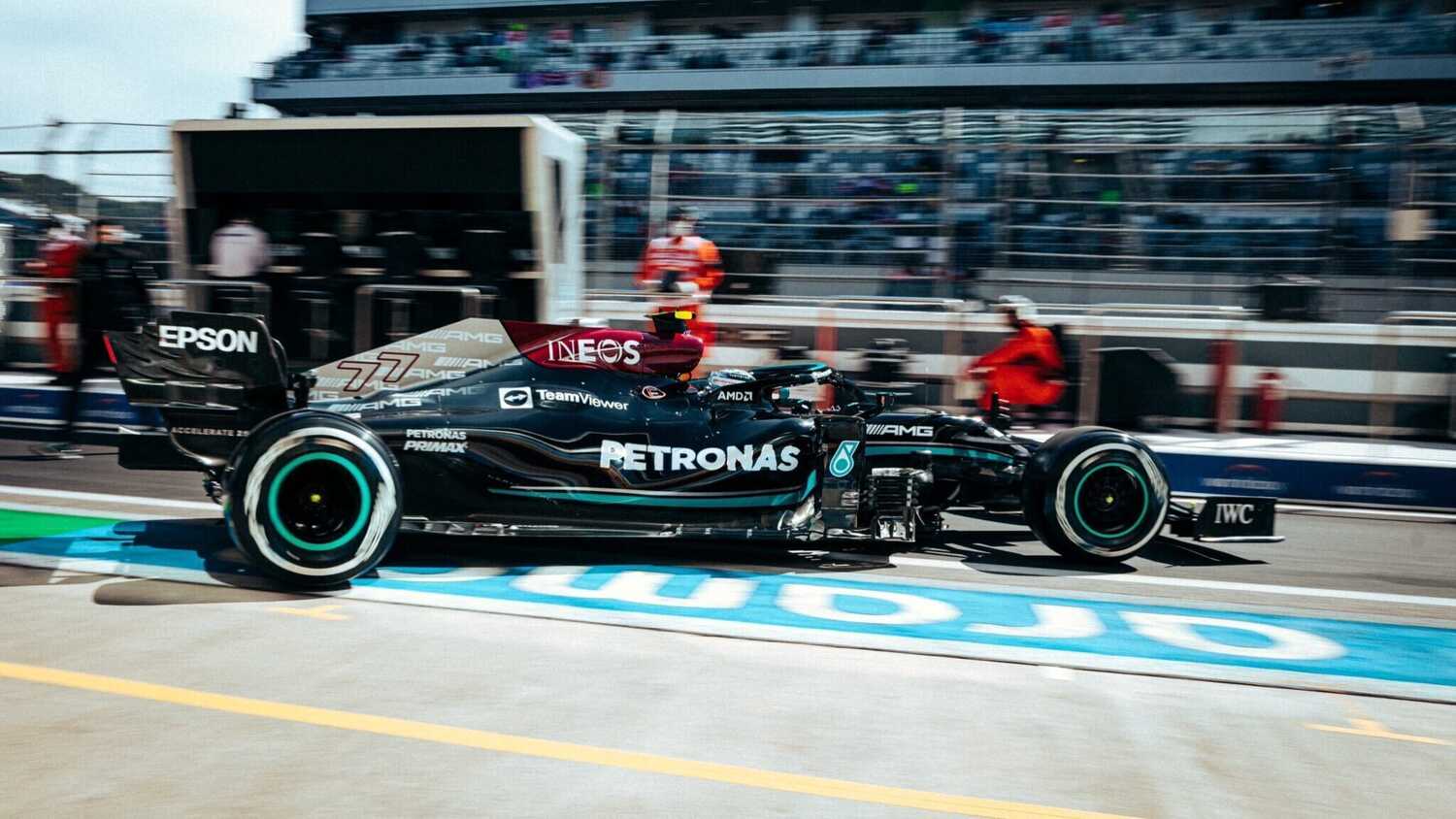 Having pipped teammate Lewis Hamilton to top spot in both of Friday's free practice sessions for the Russian Grand Prix, a smiling Valtteri Bottas has said that he still has more pace to show.

Bottas used the Soft tyre compound to beat Hamilton in the morning and afternoon sessions at the Sochi Autodrom, finishing the day as the fastest man at a track where he won the 2017 and 2020 editions of the Grand Prix.

With Red Bull's Max Verstappen down in sixth at the end of the day, and facing a back-of-the-grid start after changing his engine, Bottas confirmed that he's not yet at 100 percent this weekend.

"There is more to come, but I think tomorrow is going to be wet, so it's gonna be a completely different day," Bottas told media, including RacingNews365.com.

"At least we got some practice in with some decent long-running, and the main thing is that the car feels good in long runs for Sunday, which could be dry, so I think tomorrow is going to be a bit of a different kind of day."

Having not had much to worry about on the setup side of things, Bottas said he was able to put his head down and concentrate on simply driving.

"You can always go better, but if you look at the timings and based on the feelings, it was a good day," he said.

"From the first run, I had good confidence with the car and the balance was actually very good, so all we had to do was minor adjustments during the day.

"I really could focus on the driving and finding small gains here and there but, on both short and long runs, I was pretty comfortable."