Valtteri Bottas is already a fan of the new Jeddah Corniche Circuit following the first day of running at the Saudi Arabian Grand Prix. 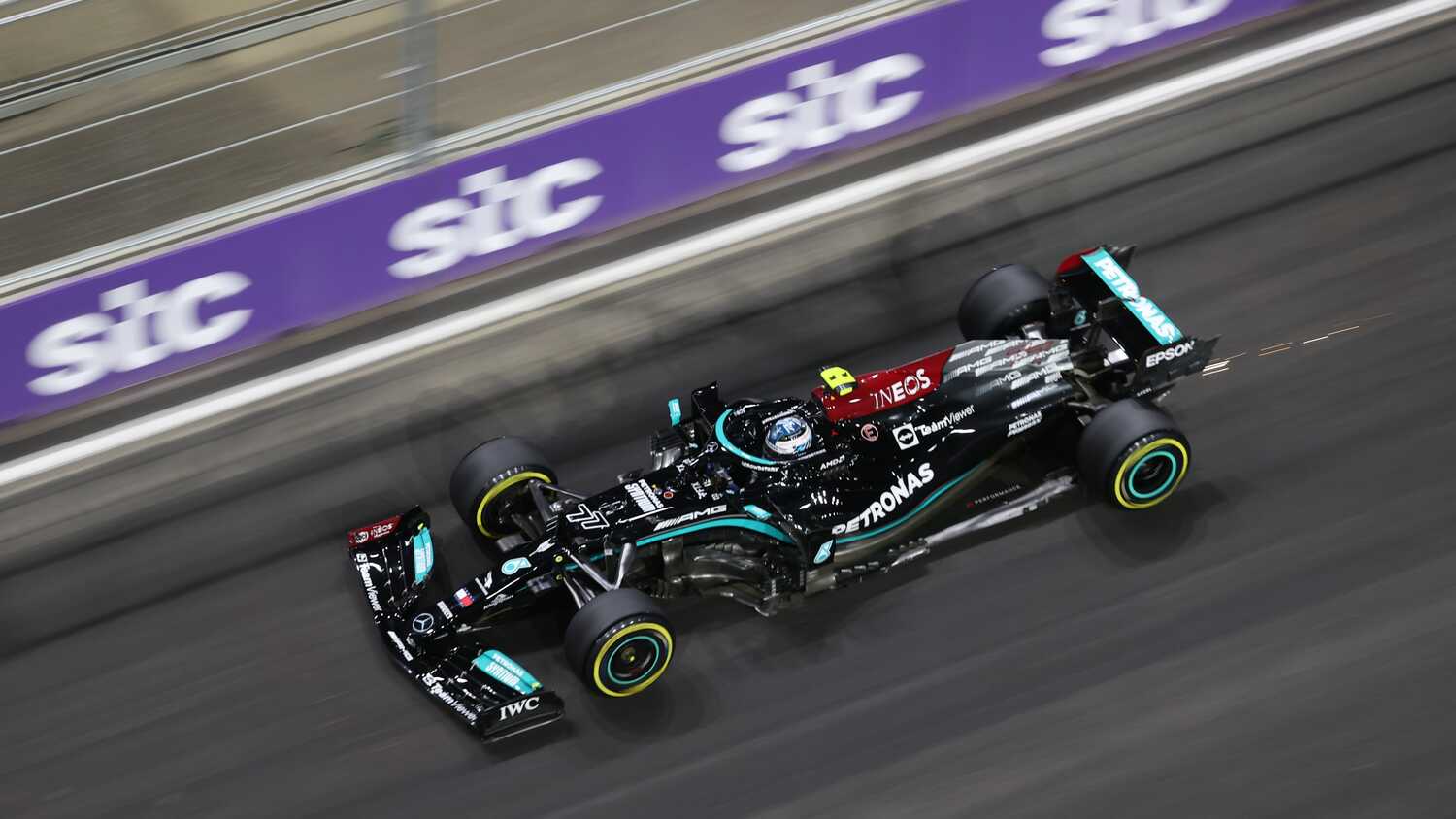 The Finn seemed to be enjoying himself in Free Practice 1, having been heard telling his engineer over team radio that "this track is cool", and his liking for the fast and narrow circuit continued into Free Practice 2.

"I think I said it already on the radio - it's really cool," Bottas explained when asked for his thoughts on the new circuit following FP2.

"It's quite hardcore, like it's pretty full gas and close to the walls and high speeds, but that's what we want. That's what we enjoy, and that gives you a bit of an adrenaline rush."

During FP1, Mercedes' Sporting Director, Ron Meadows, was heard praising the FIA over team radio for getting the track ready for the session and clearing any dust away.

Bottas admits he was pleasantly surprised by the track conditions during the opening practice session.

"In FP1 actually it was better than I was expecting," he explained. "I mean, it was a little bit dusty but nothing extreme.

"Thanks to [the fact that] obviously we've had other [racing] categories here this weekend as well running before, and it was improving step by step.

"They've done a nice job with the tarmac. It's grippy even though it's new, and also [it's] not really a bumpy track, except maybe Turns 22 and 27 a little bit, but [mostly it's] really nice and smooth."

Bottas feels that the biggest take from Friday's running was an increased understanding of the circuit's grip levels, and in turn he admits being surprised by how the tyres lasted, which could have a key impact on race strategy.

"I have to say, [the] biggest surprise today was that the tyres lasted quite well," the Mercedes driver said.

"I'm not sure we're going to see too many [pit] stops in the race."

And whilst Bottas seemed to have a positive opening day at the Saudi Arabian Grand Prix - finishing in third and second respectively in each practice session - he admits that the traffic seen during Friday could be an issue.

"Traffic was sometimes quite a challenge here, because there's no straights, it's always turning a bit, so [there are] lots of blind spots," he added, echoing the words of teammate Lewis Hamilton.