Bottas points out Mercedes concerns: We've had similar issues at other tracks

Mercedes failed to top either practice session on Thursday, with Valtteri Bottas settling for P6 and P5 in Monaco. The Finn knows there is work to be done ahead of Saturday qualifying, especially in terms of the front end of his W12. 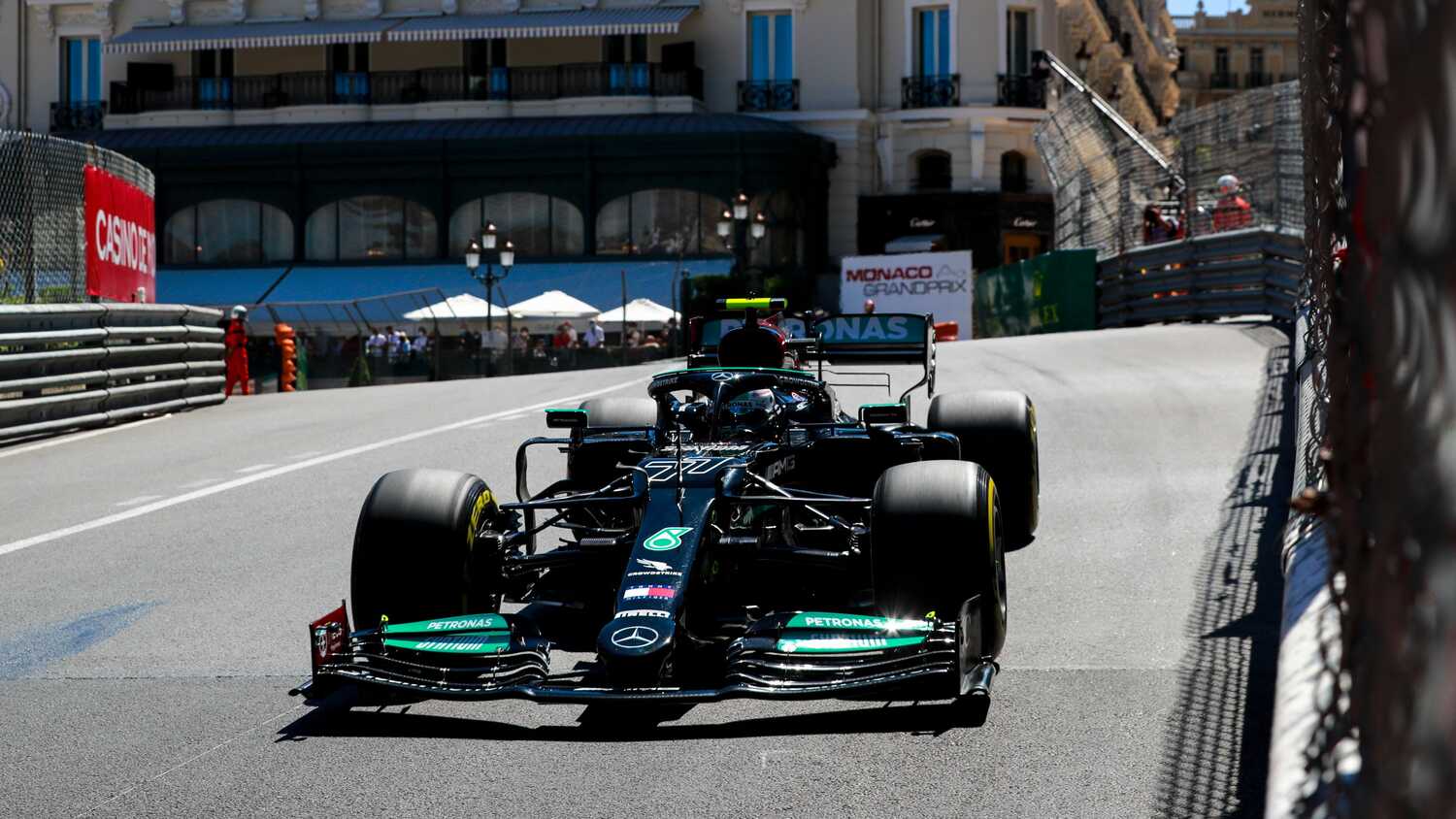 Valtteri Bottas didn't have the ideal Thursday in Monaco, with the Finn explaining his performance during both practice sessions was hampered by some front end issues with his W12.

The Finn finished P6 during the first practice session, and then followed it up with the fifth fastest time in the afternoon on medium and soft tyres. While Bottas was pleased to be back in Monaco after the event was left off the 2020 calendar due to the coronavirus pandemic, he pointed out his car was lacking front end grip - an issue Mercedes have had at other tracks.

"It's nice to be back on this track after a two-year gap, it's still so tight around here with very little space," Bottas said via a Mercedes press release. "It's very demanding and I feel like we still have work to do with the cars - from my side, I'm lacking some front end on this circuit.

"We've had similar issues at other tracks, mainly in mid-corner but here, it's all slow-speed corners and if you don't have a good feeling at the front, you can lose time easily. Our car also feels quite stiff on the bumps and cambers in the corners which we'll look into. It will be important to turn the tyres on quickly and get them working. Today for the first lap, I couldn't get them to work immediately so we need to work hard on that for tomorrow.

One big talking point coming out of Thursday's practice session is the pace shown by Ferrari, though Bottas is still keeping a close eye on Red Bull as well.

"Ferrari look quick, as do Red Bull, so it's not only about two teams which will be a lot of fun," Bottas concluded.

After their performance on Thursday, be sure to find out why Ferrari can cause a big shock in Monaco