Despite a much stronger showing today compared to pre-season testing, the Finn still isn't happy driving the W12. At the end of Friday's practice sessions, he made his feelings very clear over the team radio. 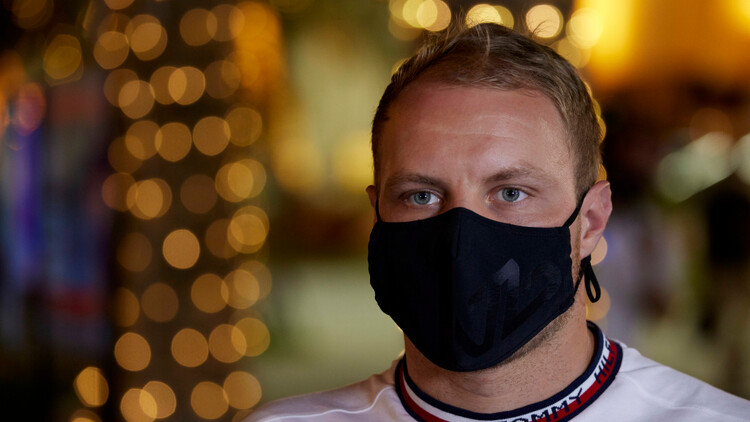 Valtteri Bottas sounded very downbeat in the wake of Friday practice for the Bahrain Grand Prix, with the Finn seemingly struggling to come to grips with his Mercedes.

The Mercedes driver once again appeared to struggle to find balance in the car, which culminated in a despondent radio message at the end of FP2.

"It's undriveable", the 31-year-old proclaimed on the team radio, in the midst of what was a race simulation run in the type of conditions that are expected for Sunday's race.

Bottas was similarly downbeat in the immediate aftermath, after finishing a respectable 5th in the FP2 final classification.

"I think the inconsistency in the balance and especially the rear end of car was one big highlight", the Finn told Sky Sports F1.

"And, yeah, in terms of setup approach, we've tried to make it better. And like I said, it does feel better. It's not quite yet what I would like to have underneath. At least we still have tonight and tomorrow morning to try and figure it out.

One of the big talking points from both of Friday's sessions was just how close the front teams are to one another, with Red Bull and Mercedes virtually inseparable in terms of raw speed.

"We're definitely in the mix [to win races]. McLaren? Yeah, they look really strong today. Red Bull too - As expected. I think we're there. You know, I don't think we're the fastest at the moment. But we're not far off," Bottas concluded.