Mercedes' Valtteri Bottas believes his Hungary error won't count against him as the team decide who to put in their second cockpit in 2022. 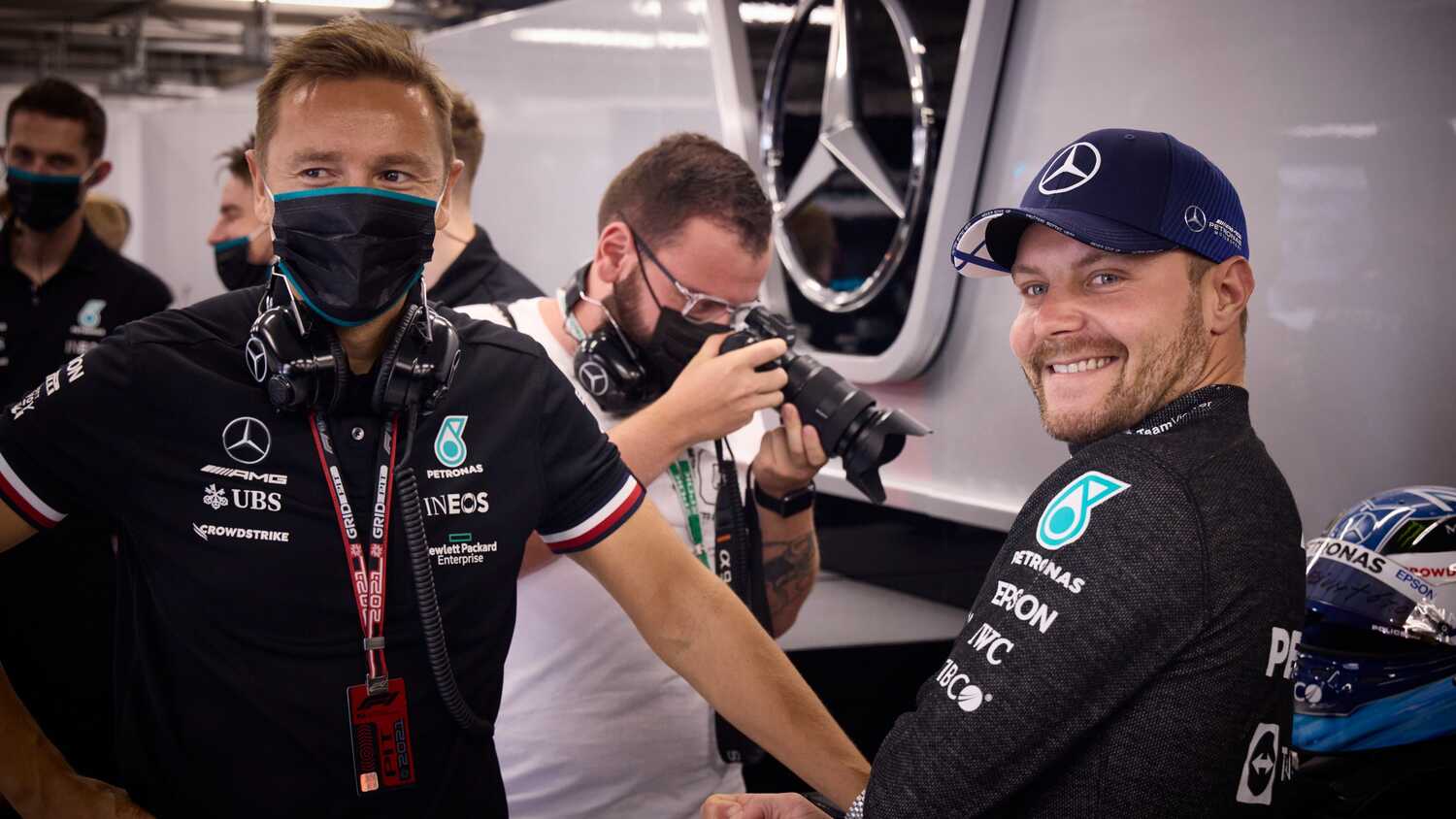 Valtteri Bottas believes his first lap mistake in Hungary won't count against him as Mercedes weigh up whether to keep the Finn for 2022, or replace him with George Russell.

Bottas was the catalyst of a first corner pile-up in Hungary, running into the back of McLaren's Lando Norris after getting off the line badly. The collision sent the McLaren into Red Bull's Max Verstappen, while Bottas collided with the other Red Bull of Sergio Perez. Speaking after the race, the Finn explained he had had a brief chat with team boss Toto Wolff.

"We didn't speak that much, just after the race. But nothing special yet," Bottas told the media, including RacingNews365.

Asked whether he believed the crash could have repercussions for his prospects of staying with the team for 2022, Bottas denied thinking it'll have an effect on Mercedes' decision making.

"We didn't speak about that.I don't think one race will influence anything, he said.

A contrite Bottas explained the accident from his perspective, holding his hands up for the error.

"Obviously my mistake, I was the one coming from behind," he admitted.

"And it's up to me to brake early enough. But I misjudged the braking point. And it shows it's not so easy in those conditions to predict but I should have braked earlier because when I started braking, I was closing in and then I locked the wheels and I hit Lando. And that caused the whole mess. So my misjudgement, my mistake."

Having been given a grid penalty for the Belgian Grand Prix after the summer break, Bottas said it doesn't necessarily spell the end of his weekend at Spa-Francorchamps.

"I take it, it's obviously not ideal, but at least, in a mixed race, it is possible to overtake so it's not like the weekend is over," he said.

"It's gonna make it more difficult but that's the position and it is what it is."