Valtteri Bottas was not pleased with Mercedes' start to the 2021 Formula 1 season as he completed just six laps in the opening pre-season testing session. 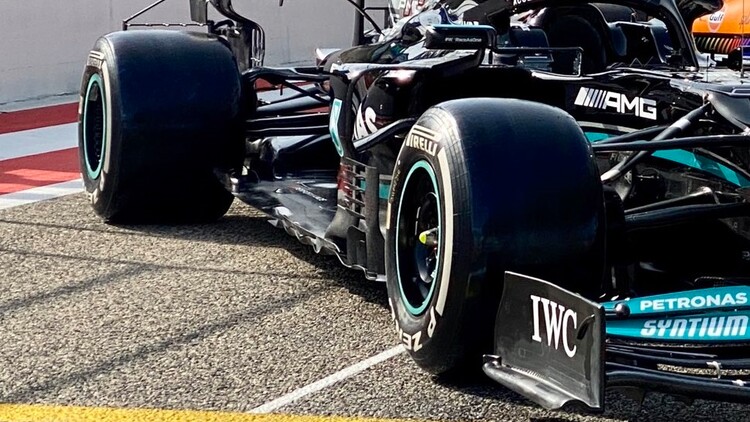 Valtteri Bottas says Mercedes should have run their new car before pre-season testing began after a gearbox limited him to six laps in Bahrain. The Finn came straight into the pits as the W12 developed a gearshift problem which necessitated a precautionary gearbox change.

Bottas returned to the track in the closing minutes of the session but a red flag for Charles Leclerc's stopped Ferrari further hampered Mercedes' running.

"We were really looking forward to getting on track. On the first lap we realised their was a problem with the gearbox, so we had to localise the issue and change the gearbox which takes quite a bit of time," said Bottas to F1 TV.

"Only at the very end we got a few more laps and then it was red flagged and that was it. So we had six total laps all with aero rakes on the car, so not an ideal start."

Mercedes opted not to utilise their two allotted filming days unlike other teams. The first time their new 2021 machine was rolled out was this morning with Bottas at the wheel. Bottas feels it was a mistake to not 'shake down' the car.

"It's very easy to say afterwards, of course now yes we should have done it, Bottas added. "But in recent years everything has been pretty smooth and certain things have already been run in the dyno. I'm sure that will be reviewed for next year.

"I think the good thing this year is if you miss some running we can catch up because of the mileage limitation, with al the efficiency and cost cap. We don't have a super busy schedule on the other [test] days so hopefully we can catch up and recover, if not on everything than most things.