Bottas: Confirmation of F1 future helped me relax and focus

The Finn says he has been able to "focus only on driving" since his announcement to join Alfa Romeo was confirmed last month. 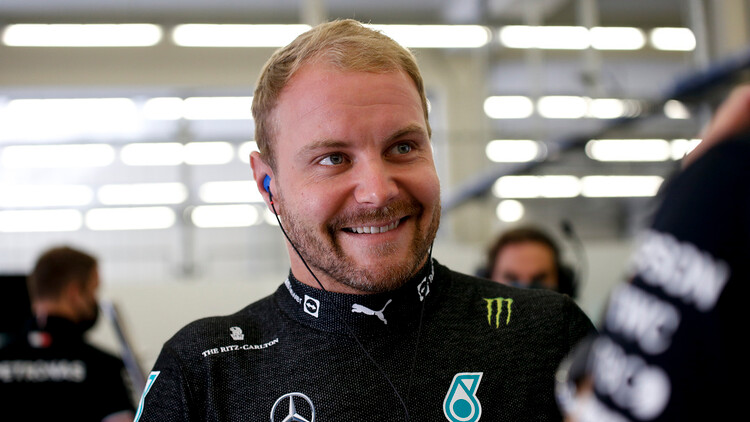 Valtteri Bottas admits he has been "feeling very relaxed" since the announcement of his departure from Mercedes at the end of the year to join Alfa Romeo.

Prior to the Italian Grand Prix, Bottas was confirmed to take over Kimi Raikkonen's seat at Alfa Romeo for the 2022 Formula 1 season and beyond.

He has delivered some strong performances since then, including a pole position at Monza, where he also came through the field from the back of the grid to finish third after an engine change.

Bottas took his first win in 2021 last time out in Turkey, dominating the race in wet conditions.

"I've had the confidence always, really," Bottas told RacingNews365.com and other select members of the press.

"But it's nice to have a win and the reminder that you can win races. It's been a while.

"To be honest, after Monza I've been feeling very relaxed in any case and able to just focus only on driving, and for sure that helps.

"I think the team has been good, nothing has really changed, everything [is] as normal. The team has a good spirit overall and we're really motivated for the rest of the year and working hard, as always."

Bottas has been with Mercedes since 2017, helping the team continue their unbeaten record of Constructors' titles in F1's turbo-hybrid era.

He could play a pivotal role in the remaining six races in the Drivers' Championship as teammate Lewis Hamilton looks to win an unprecedented eighth world title.

Bottas won the last United States GP, which was held in 2019, and expects to be fighting for victory this weekend.

"I don't have a crystal ball but I think on paper it should be one of the good ones [tracks], hopefully," said Bottas.

"That's what we hope. But we'll work hard to make sure we're in a position to fight for the win again."