It's set to be a weekend like no other at Silverstone later this month, as the F1 world gets its first look at a Sprint Qualifying race. Mattia Binotto is expecting carnage from the very first event, however. 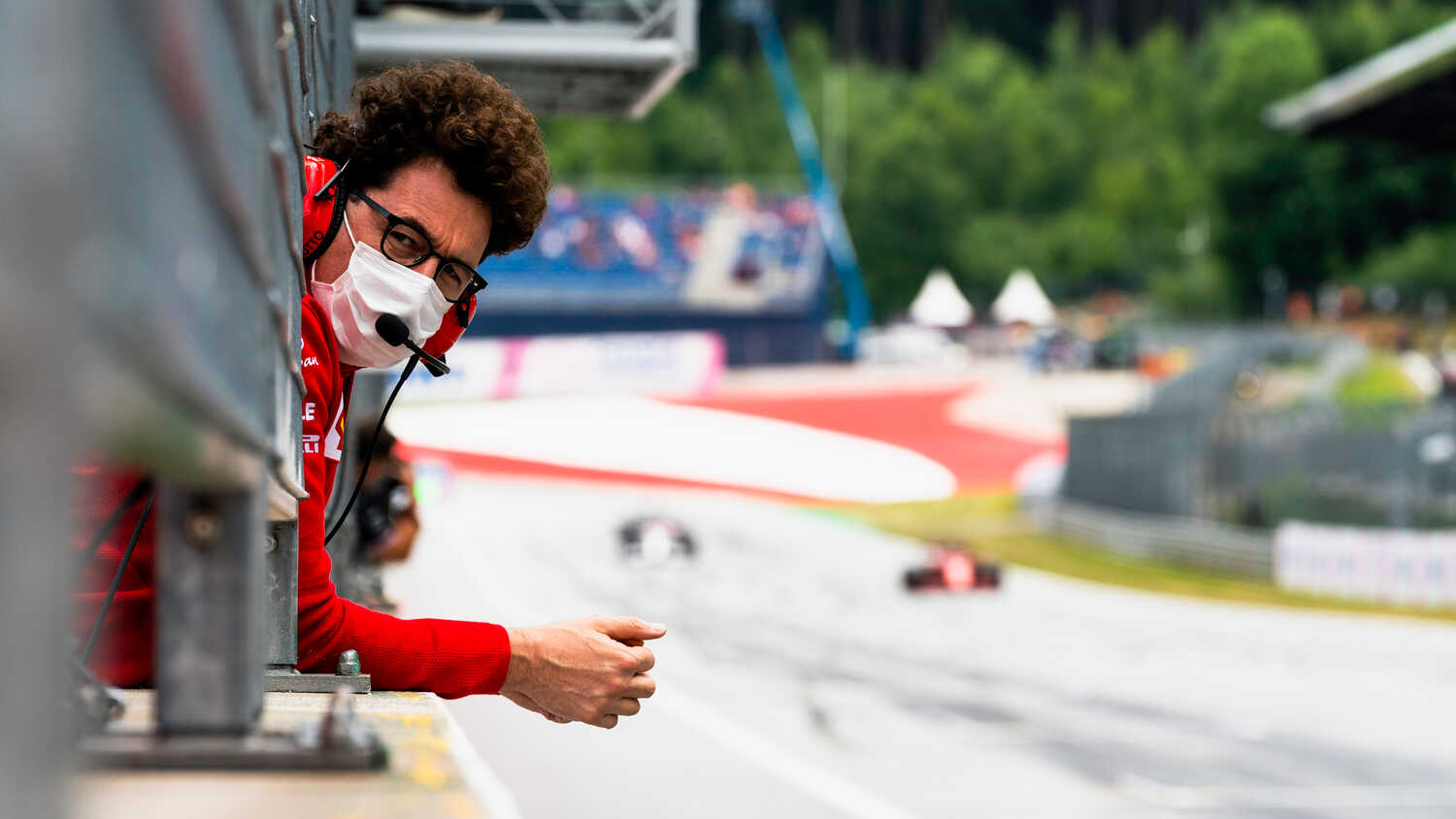 Ferrari F1 boss Mattia Binotto has warned viewers to brace themselves for a chaotic Sprint Qualifying race Silverstone, as the new Grand Prix format is set to be attempted for the very first time later this month.

The British Grand Prix weekend will consist of Sunday's usual full-length race, but the grid placements for that will be derived from the finishing order of Saturday's sprint race - or 'sprint qualifying' session.

While Binotto expects excitement for watching fans, he has also tipped it to be a messy affair, given that it's the first time a format like this has ever been attempted in F1. We'll also see the introduction of a new tyre compound at Silverstone, which only adds to the unpredictability factor.

"I suppose we should keep in mind that we've got a new tyre specification for Silverstone. We tested it here in Austria, but the team needs again to have some more experience on it," Binotto told RacingNews365 and other selected members of the media.

"And there will be very little time for it because we've got only the Friday morning before going into the Quali race. So I think that we'll be going straight into the quali with a new spec. Anyway, it's a new format, we have very little experience.

In addition, the Italian has also urged F1 bosses to utilise the sprint qualifying format in the event of two back-to-back races on the same circuit - as was the case last weekend with the Austrian GP coming straight after the Styrian.

"I think in the future if you've got two races in a row on the same circuit, we may consider the sprint qualifying race format," Binotto added.

"Again, try to change a bit the format of the weekend. For me, I'm happy to have two races in a row, it doesn't kill you as it was necessary".