Mattia Binotto hailed the signing as the Ferrari Driver Academy continues in its push to develop future Formula 1 drivers. 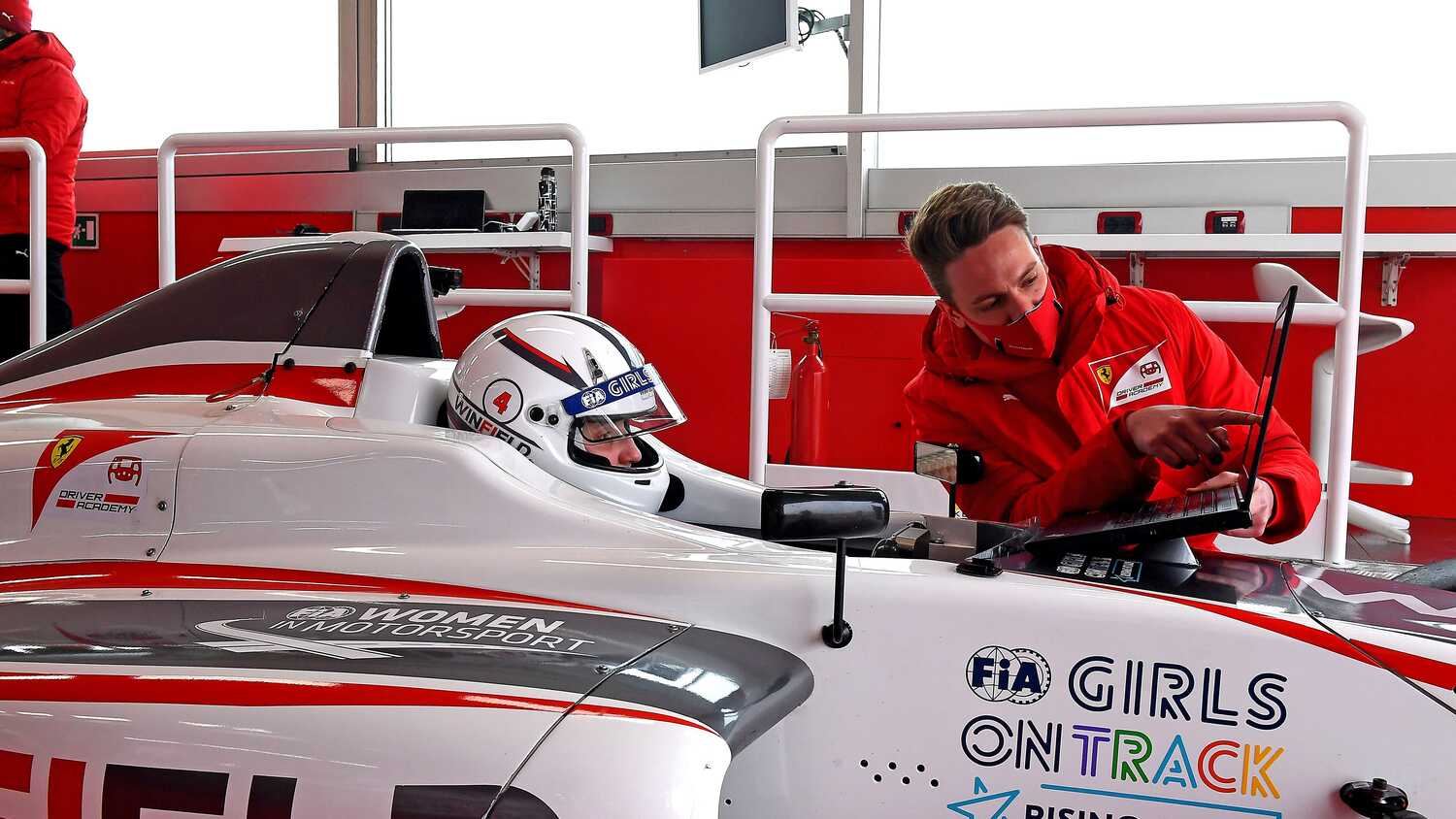 Ferrari team principal Mattia Binotto hailed the signing of Maya Weug, the first female member of the team's driver academy, calling it a sign of the team's commitment to making motorsport more inclusive.

The 16-year-old beat out three other finalists in the final stage of the FIA Girls on Track-Rising Stars programme, and as a result she will take part in in one of the upcoming FIA Formula 4 championship series. Binotto called Weug's signing a key moment in the team's history, as the Ferrari Driver Academy continues to develop the drivers of tomorrow.

"This is a key moment in the history of Scuderia Ferrari and its Academy, the FDA, set up in 2019 to shape the drivers of the future for our Formula 1 team," Binotto stated via a Ferrari press release. "Now, thanks to the partnership with the FIA in the Girls on Track-Rising Stars programme, for the first time, a female driver will join the Ferrari Driver Academy.

"She is Maya Weug and over the course of this year, she will progress along with us and also take part in one of the F4 Championships certified by FIA, the category seen as the first step in single-seaters on the road to Formula 1. Maya's arrival is a clear indication of the Scuderia's commitment to making motorsport increasingly inclusive, in line with the hashtag supported by the entire Formula 1 community, #weraceasone.

"This project is therefore a new element to mark the start of the year for the FDA, which is proving to be a great success: five of its 19 students have made it to Formula 1 and for of them, 20 percent of the entire grid, will be racing this coming season in the top level of motorsport."

Drivers looking to take part in the second edition of the FIA Girls on Track-Rising Stars will be able to send their applications to the FIA Women in Motorsport Commission portal in the near future.