The Belgian Grand Prix start has been suspended indefinitely as Race Control wait for a break in the wet weather enveloping the track at Spa-Francorchamps. 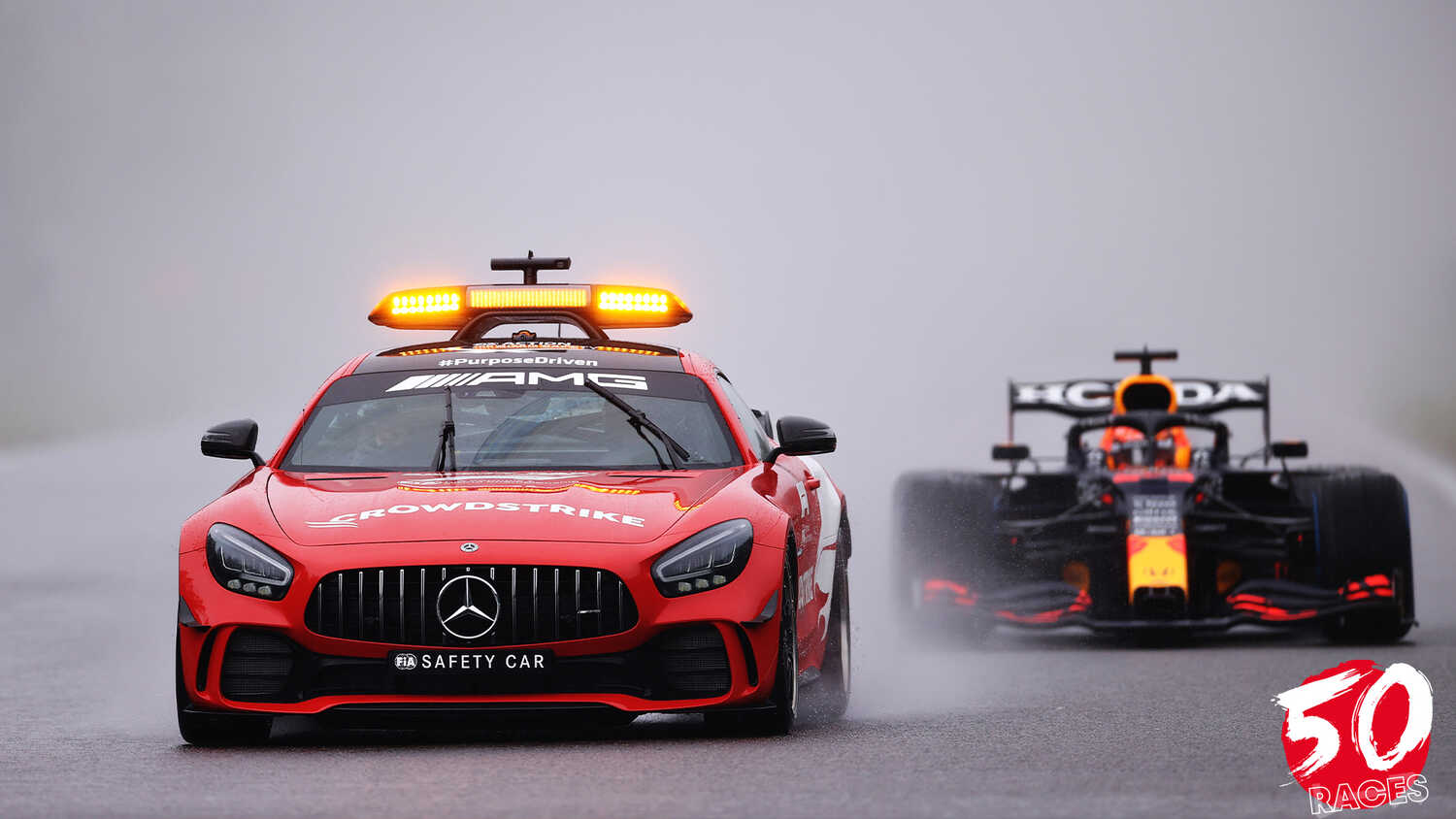 The start of the Belgian Grand Prix has been suspended, following on from an initial delay.

The race at the Spa-Francorchamps circuit in the Ardennes forest has had to be suspended due to visibility and safety concerns, as a result of heavy rain and fog surrounding the entire venue.

The race was scheduled to set off at 15:00 local time, but the start was initially delayed in five-minute increments while Race Director Michael Masi waited for a gap in the weather. The drivers were sent off behind the Safety Car at 15:25 local time and did two formation laps. It was at this point that the decision was made to suspend the start.

Reporting over team radio on these formation laps, Mercedes' Lewis Hamilton complained about the visibility, saying, "I already can't see anything guys", as well as that water was getting in through the top of his helmet.

Hamilton's visibility complaints were echoed by Williams' George Russell, while the decision to suspend the start was welcomed by McLaren's Daniel Ricciardo: "This was the right call."

Pole-sitter Max Verstappen, who had the most visibility due to his position at the front, also complained about the conditions, but said: "I mean, it's wet but, for me, it's fine to go racing."

Sunday has been damp throughout, with support races taking place on a track generating a lot of spray due to the standing water. However, the rain picked up in intensity approaching the original F1 race start time, with visibility poor around the entire circuit.

The conditions have already caught out one of the drivers, with Red Bull driver Sergio Perez crashing on his way to the grid.

Follow our live blog for the latest from Spa.