The Belgian Grand Prix may still see some action, as the FIA have made the call to suspend the clock, in order to allow more time for racing if there is a break in the weather. 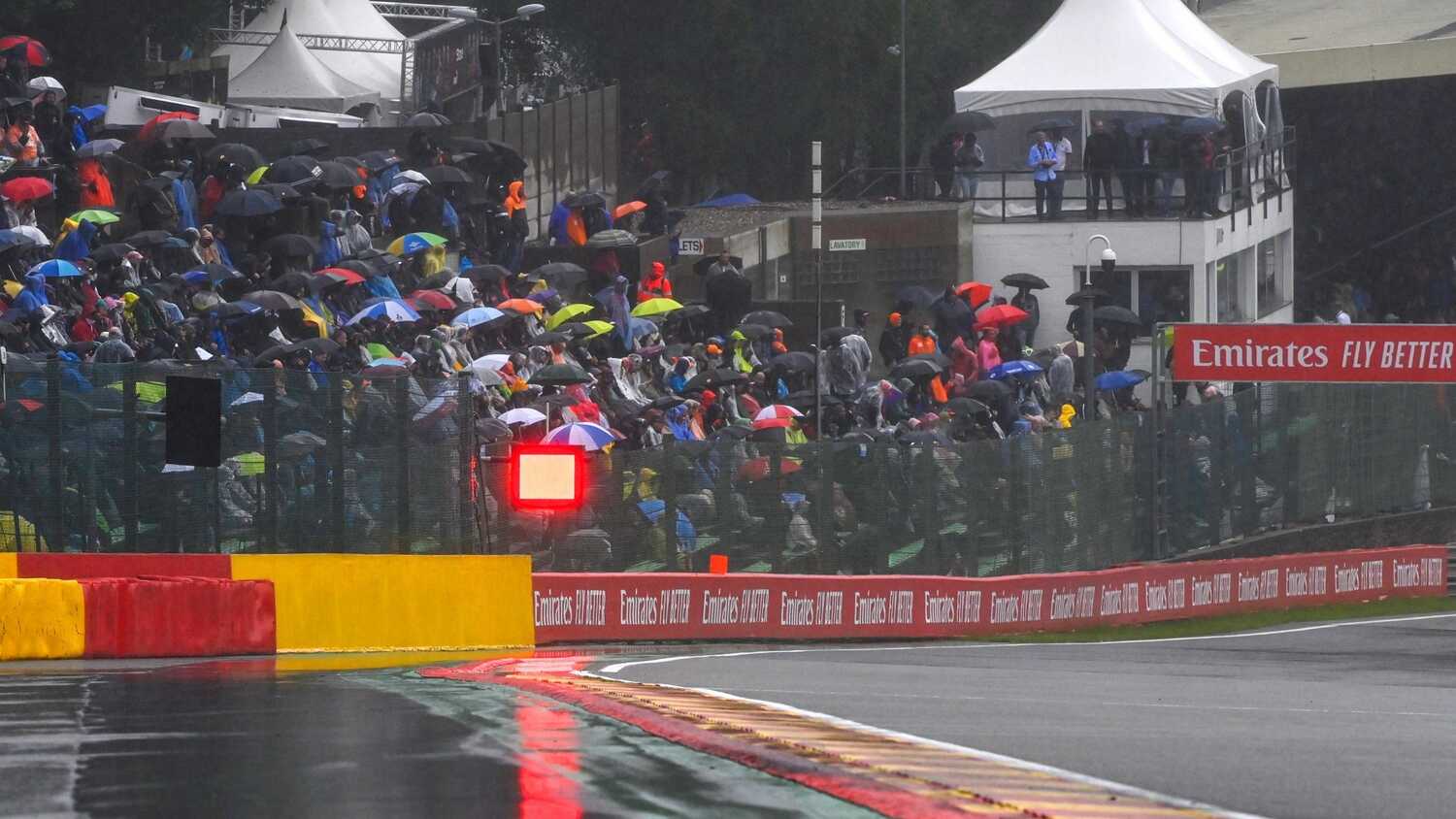 The rain-hit Belgian Grand Prix may yet see an hour of racing action, as the FIA have invoked a clause in the International Sporting Code to suspend the clock timer restricting the race.

According to the Sporting Regulations, the three-hour window to hold the Grand Prix was set to expire at 18:00 local time, meaning it would end at that time regardless of what happened on track.

However, the race stewards have overruled the Sporting Regulation by invoking Article 11.9.3.o of the International Sporting Code, to buy more time to hold the race, should weather conditions improve.

"In accordance with the powers vested in them under the FIA International Sporting Code, the stewards have decided, in accordance with their authority under Article 11.9.3.o, to stop temporarily the 2021 Belgium Grand Prix at 17:00 hours. This decision is taken on the grounds of Force Majeure," read a statement from the stewards.

With rain continuing to hammer Spa-Francorchamps, the race has been indefinitely delayed ever since its original start time of 15:00 local time.

A regulation change for 2021 reduced a four-hour window to hold a race down to three hours, meaning that the timer continued to tick away from 15:00 local time. With just over an hour remaining on that timer, the danger of not holding any sort of racing was addressed by the stewards, invoking the clause in order to stop that timer and ensure there will be at least 60 minutes of track action, providing a break in the weather allows it.