Lando Norris crashed heavily in Q3 as the rain fell down at Spa, bringing out the red flag in the process. 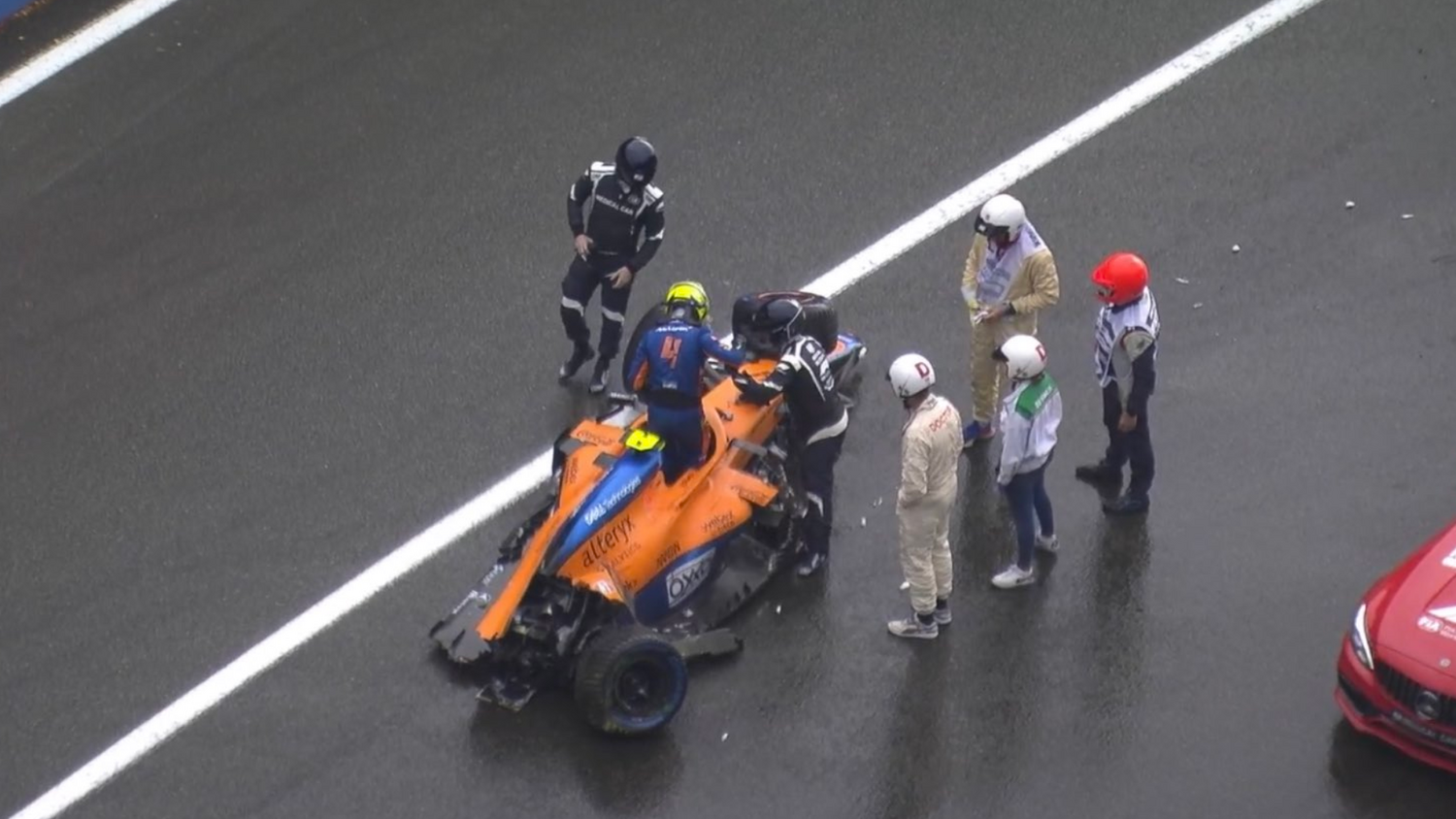 Qualifying for the Belgian GP was brought to a halt in Q3 after Lando Norris' crash brought out the red flag.

The Briton was on track in the early stages of the session as the rain picked up. Sebastian Vettel stated on the team radio that he believed the session should be red-flagged due to the rain, with Norris also explaining that he was aquaplaning.

Nevertheless, the McLaren driver remained on track, but while heading up the hill into Raidillon, he lost control of his car and slammed into the barriers at high speed.

Although Norris spun several times across track, he was able to get out of his car before being helped into the Medical Car.