The FIA have confirmed Aston Martin's video conference to try and overturn Sebastian Vettel's disqualification will take place on August 9. 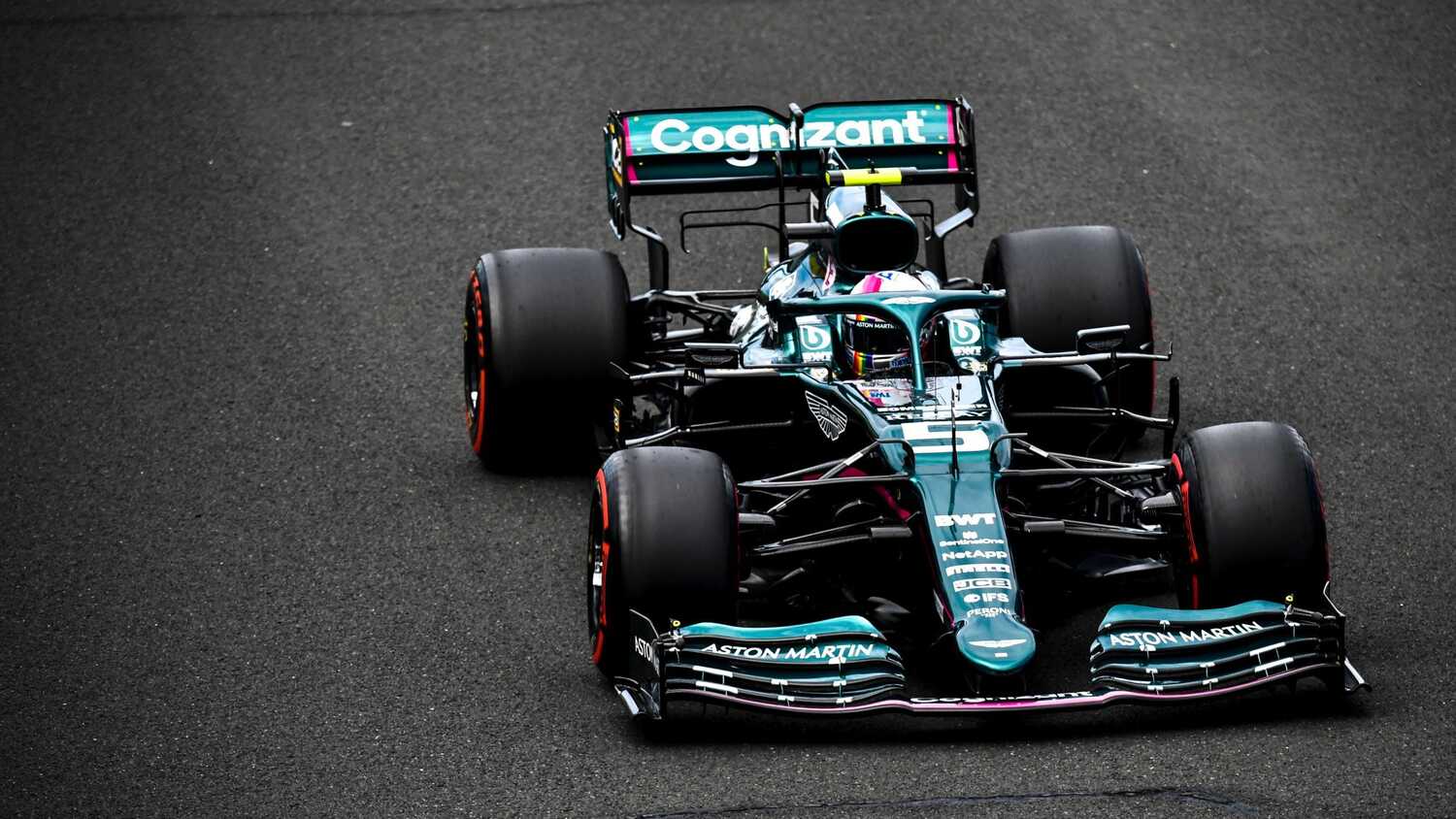 Aston Martin's video conference with the FIA will take place on August 9 as they seek to reverse the stewards' decision to disqualify Sebastian Vettel from the Hungarian Grand Prix.

The FIA were not able to take a one litre fuel sample after the race so Vettel lost his second place behind race winner Esteban Ocon. Aston Martin have lodged a requested a right to review, the same process Red Bull undertook prior to Hungary for the controversial lap one incident between Lewis Hamilton and Max Verstappen.

"In accordance with Art. 14 of the International Sporting Code, and following the petition for review by Aston Martin Cognizant F1 Team, lodged on the 4 August 2021, the Team Manager and such witnesses as the Competitor may request, up to three attendees in total including the Team Manager, are required to appear via video conference (invitation by separate cover) at 15:00 hrs CEST on Monday, 9 August 2021," said an FIA statement.

"The names and positions of all attendees that the Competitor intends to request to attend must be provided in writing no later than 17:00hrs CEST on Sunday, 8 August 2021 to the Stewards Secretary."

Aston Marin have also appealed Vettel's disqualification which is a slightly different process to the right of review. The matter will be brought before the Hungarian GP stewards.

"After Sebastian Vettel’s drive to second place on the road in the Hungarian Grand Prix on Sunday August 1st, he was disqualified from the results when a 1.0-litre sample of fuel was not able to be taken from his car after the race (a requirement as set out in the FIA Formula 1 Technical Regulations),” the team said.

“There was and is no suggestion that Vettel’s Aston Martin Cognizant Formula One Team AMR21 car benefited from a performance advantage from the alleged regulatory breach, or that it was deliberate.

“Since the team's data indicated that there was more than 1.0 litre of fuel in the car after the race – 1.74 litres according to the data – the team immediately reserved its right to appeal, and has requested a right of review alongside the appeal procedure, as a result of having discovered significant new evidence relevant to the sanction which was unavailable to it at the time of the FIA stewards' decision.”