Are these the alleged score marks that Red Bull have spotted?

RacingNews365.com has obtained a photo showing the marks that Red Bull allege are evidence of rear wing flex on the Mercedes W12. 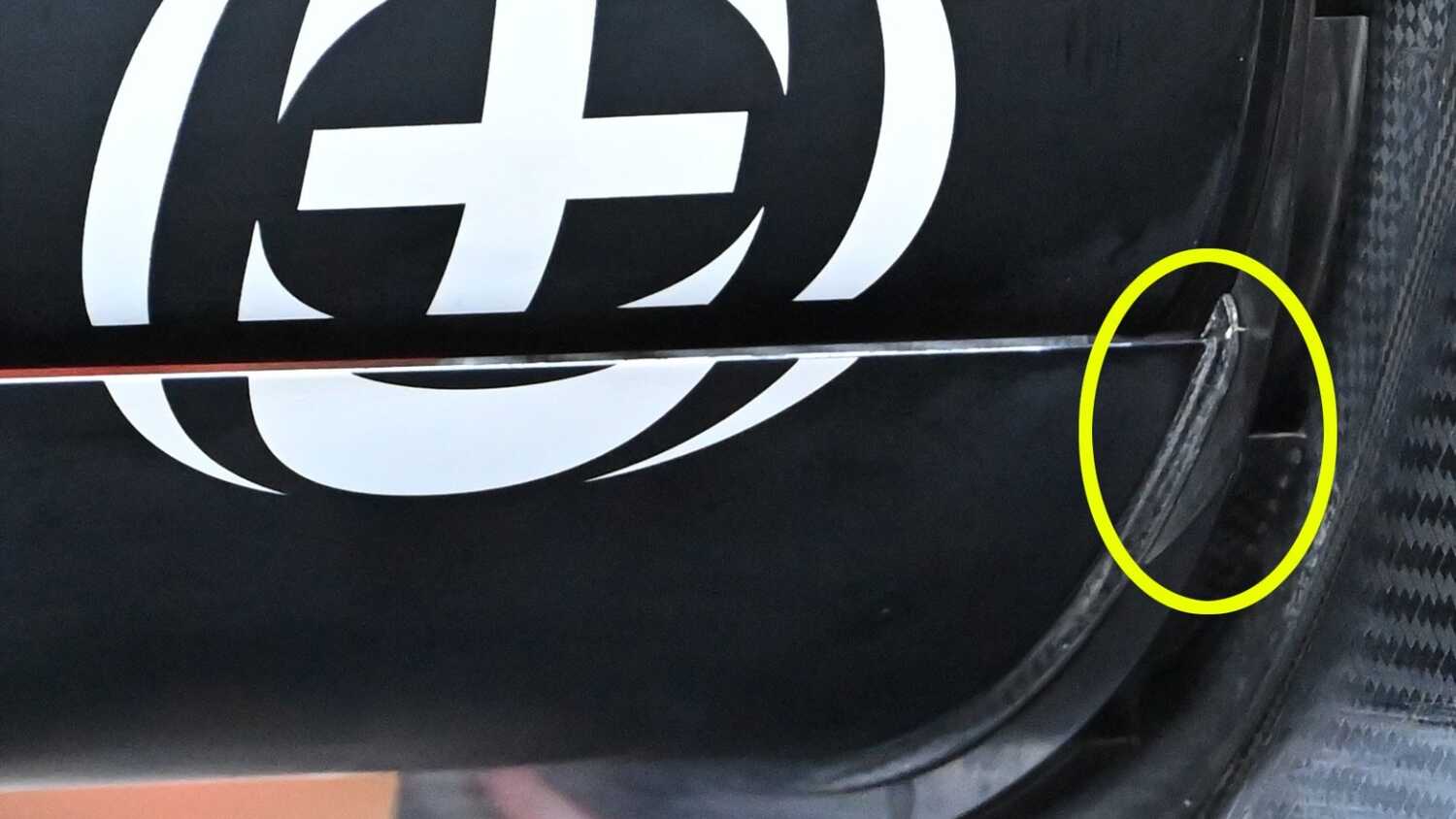 A photo showing the alleged score marks that Red Bull have spotted on the Mercedes rear wing has been obtained by RacingNews365.com.

The photo shows what appear to be marks that could be made by the movement of the rear wing lower blade, which is the root of Red Bull's suspicions as to how Mercedes are generating their immense straight-line performance.

On Friday in Qatar, team boss Christian Horner revealed that Red Bull had spotted the score marks on the rear wing over the course of the Brazilian Grand Prix weekend, helped by Max Verstappen's approach of the W12's rear wing in parc ferme after Friday qualifying.

Horner has threatened to formally protest against Mercedes over the Qatar weekend, should Red Bull suspect that Mercedes are running a similar rear wing setup at the Losail International Circuit.

Mercedes are unperturbed by Red Bull's position on the matter, with team boss Toto Wolff saying in the Friday press conference that they "have been controlled [tested] 14 times on this very particular wing.

"The FIA has all [the] drawings about it, there is no such thing as [to what] Red Bull expects there to be, so we're happy to send it, cut it, anything you want."

Mercedes' Andrew Shovlin also downplayed the marks, telling Sky Sports: "Well, we've had a look at it and there are no score marks.

"So we're not quite sure what that is, but it seems to be a bit of a story that's not going away.

"From our point of view, we're absolutely happy with what we've got on the car. We've invited the FIA to look at it as much as they want."