Alpine's Executive Director Marcin Budkowski admits the team still have some unanswered questions about their A521. 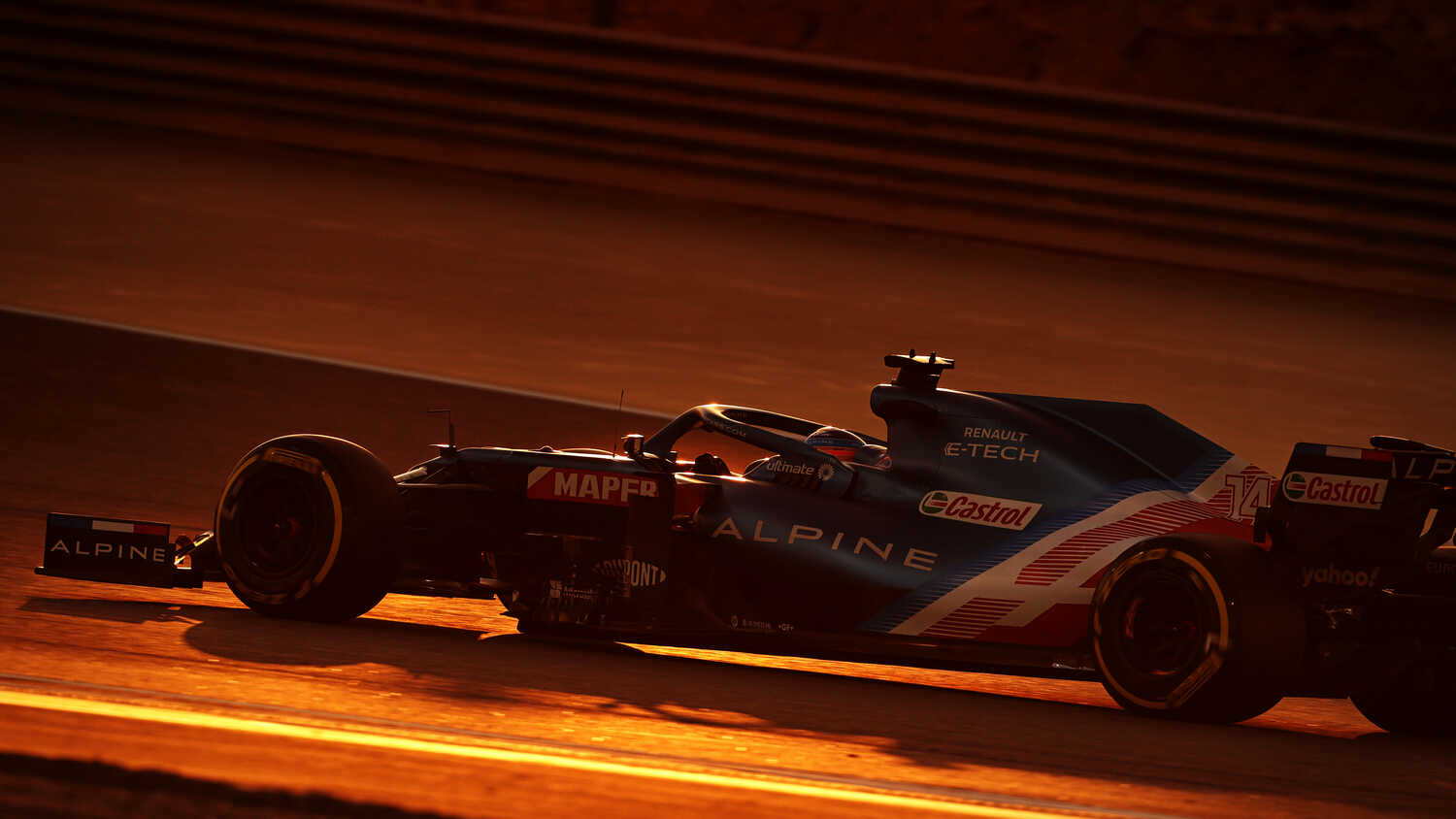 Alpine are an unknown quantity coming into the season opener in Bahrain, having had a solid, if unspectacular, test.

Neither Fernando Alonso or Esteban Ocon had any major reliability issues to hamper their track time, but neither driver set the timing screens alight either.

With the A521 being an evolved version of last year's competitive R.S.20, it appears as though the full potential of the car is yet to be unlocked.

"From a preparation point of view, we’re in better shape than previous seasons," said Budkowski ahead of the season opener.

"We have some unanswered questions on the car, though, and we are working through all the data from the test last week to improve our understanding and are planning further tests in free practice on Friday."

A notable change for 2021 is the reduction in practice time ahead of the Grand Prix.

Each practice session on Friday is now just 60 minutes long, a reduction from 90, meaning teams have to ensure their preparation is top-notch.

Budkowski went on to explain that some of the work carried out in testing had that reduction of practice time specifically in mind.

"Some of the tests we did last week were planned on giving us a head start for the race, especially tyre related work," indicated Budkowski.

"We also have less time on a Friday this year – from three hours of track time to two hours –so that makes preparation work more difficult.

"That said, the same venue and conditions can play its tricks. During the test, the wind direction turned 180 degrees and that made a difference to car behaviour. That’s something we’ll keep an eye on."

Budkowski explained that both of the team's drivers, including the returning two time World Champion Fernando Alonso, had positive feedback about the A521 following testing.

"Both drivers were positive after the test," Budkowski explained.

"Even if it was just three days of running, they both had exactly one and a half days each."

"Both Esteban and Fernando would agree they had the best preparation possible given the time allowed and they both enter race week having driven the exact same number of laps in the car, counting the shakedown.

"The A521 is sane, it’s responding well to set up changesand we know the areas we can work on to make it quicker."

However, Fernando Alonso was quoted by Radio Marca as having some doubts about the car's speed, saying. "We are a little slow".