Alpine's Marcin Budkowski says the team are still working on understanding their 2021 machine, following a sudden upturn in form last time out in Qatar. 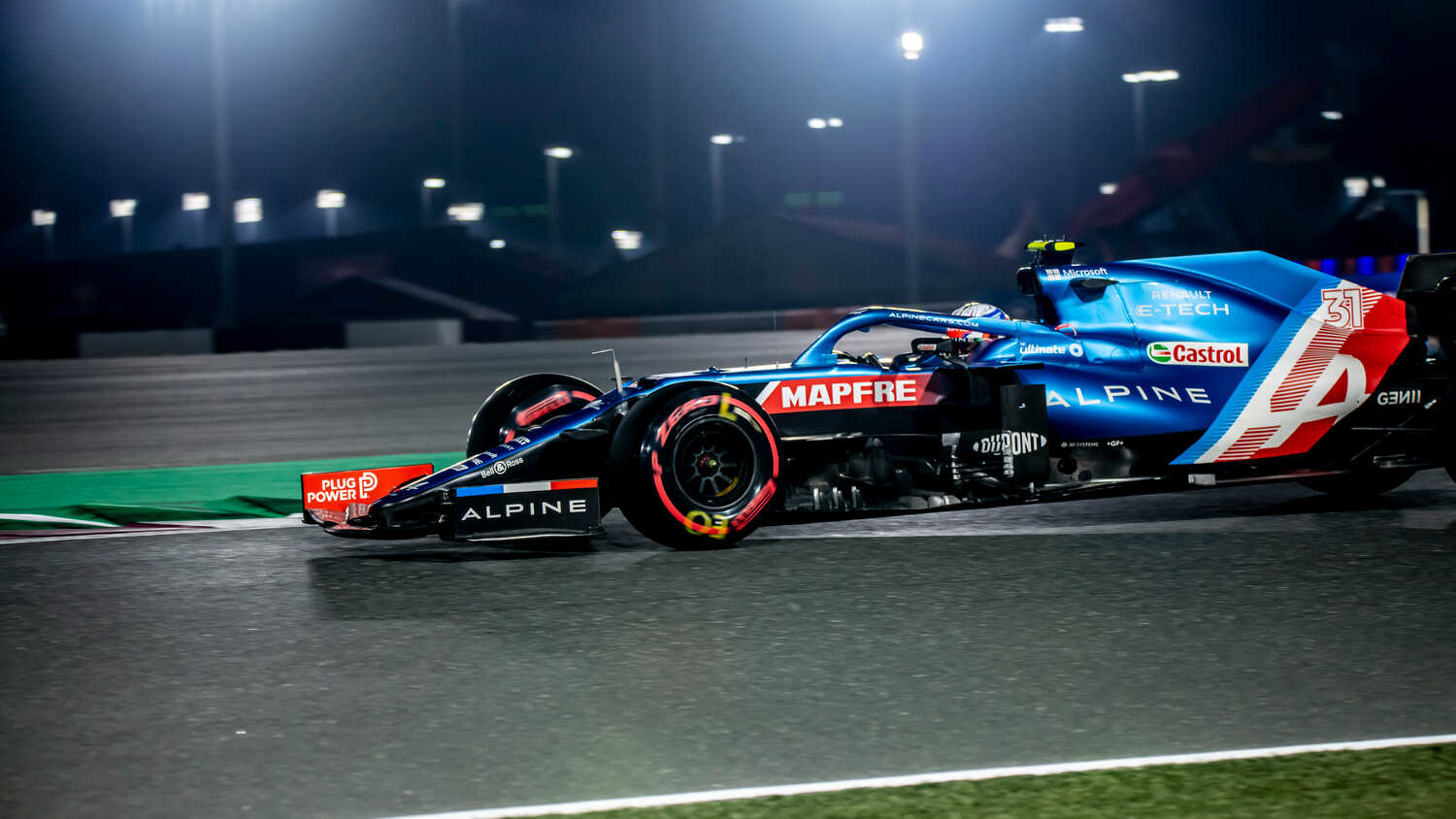 Alpine Executive Director Marcin Budkowski admits the team don't "fully understand" their car which has led to mixed results in the second half of the 2021 Formula 1 season.

Fernando Alonso's podium and Esteban Ocon's fifth place at the Qatar Grand Prix has given Alpine a major advantage in the battle for fifth in the Constructors' Championship against AlphaTauri.

Prior to Qatar, Alpine generally struggled to match AlphaTauri on outright pace but they have now moved 25 points clear thanks to their haul at the Losail International Circuit.

"We are in front of them not only because they are struggling, but because we seem closer to the guys at the front.

"It's a combination of them being a bit backwards and us being on the front foot that makes us look particularly good.

"Do we fully understand it? No. Do we need to? Yes, and we're working on that."

Explaining the importance of tyres

Ocon in particular has struggled since claiming his maiden F1 victory before the summer break at the Hungarian GP.

The Frenchman had scored just 12 points in eight races prior to Qatar and has trailed Alonso throughout most weekends.

Budkowski believes it has been difficult for both Alpine drivers to find the sweet spot with Pirelli's rubber this year.

"There's things we don't understand, it's fair to say," explained Budkowski. "Quite often when you don't completely understand it it's related to tyres, because that's the thing that can swing the performance

"We know in which areas our package is strong and which areas it is a bit weaker, so that certainly has an influence.

"When you are a second or a second-and-a-half off the pace, as we've been in some circumstances, then unless you get the setup dramatically wrong, it's usually tyres and the way you operate and understand.

"It's part of the performance differentiators in Formula 1 today, so we need to improve in our understanding in our modelling of the tyres.

"But you can't point only at the tyres. It's a combination usually of confidence. If the tyres aren't perfectly in the operating window, then the driver loses confidence, the car is less predictable, then he drives slower and the tyres don't switch on and you can easily get into a vicious circle."