Alonso can relate to Verstappen: He reminds me of myself

Fernando Alonso can relate to some of the experiences that Max Verstappen has faced in his 2021 title battle with Lewis Hamilton. 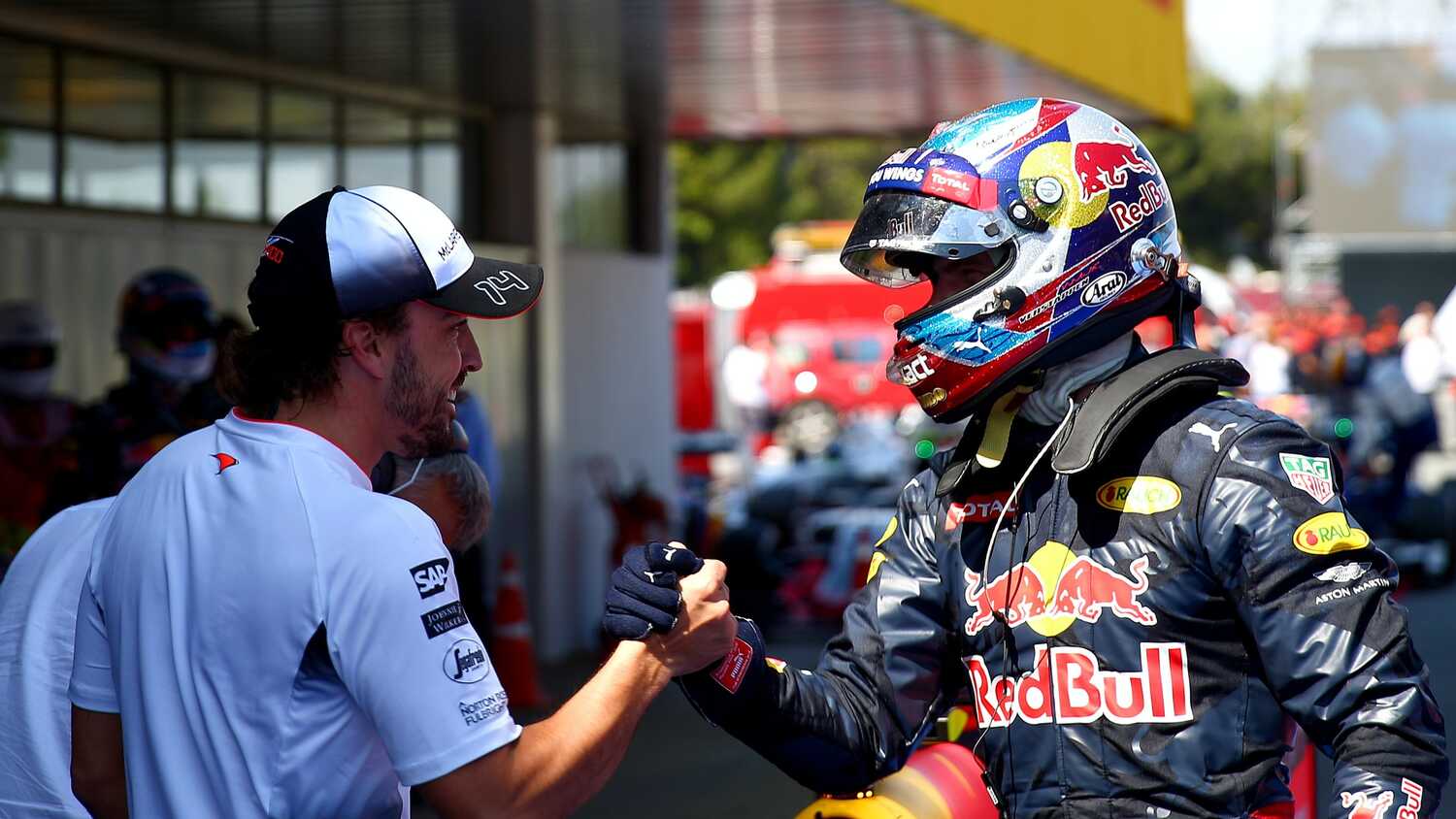 Fernando Alonso admits that Max Verstappen reminds him of himself, and feels they have shared some similar experiences in the sport.

Alonso has given his backing to Verstappen in the Dutchman's 2021 title fight against Lewis Hamilton, with his belief being that Verstappen can cope with the pressure better than the Mercedes driver.

The Spaniard also believes that Verstappen not being British brings an added difficulty, something that he can relate to himself.

"Yes, Max does remind me of myself," Alonso told Dutch newspaper De Telegraaf.

"We don't come from a British background. That's why, for example in a title fight, we have it much harder.

"Look around you in Formula 1, most of them are from England. Then as a challenger, you are automatically the bad guy.

"Do you remember what they said about Max? That he was a rebel and didn't respect the rules. And that he always crossed the line.

"But often he didn't, but that was just because he wasn't British. I went through exactly the same thing. There are many similarities."

As well as this, the support that Verstappen receives from his fans is another area where Alonso is reminded of his own experiences.

The so-called 'orange army' are often seen cheering the Red Bull driver on, nowhere more so than at his home event in Zandvoort for the Dutch Grand Prix.

Alonso similarly attracted a strong fanbase during his early years in the sport, especially amid his championship-winning years with Renault in 2005 and 2006, and Verstappen's sea of orange brings back memories of his own blue-adorned followers at the Spanish Grand Prix.

"So there are indeed many similarities," the Alpine driver acknowledges.

Verstappen holds a 14-point advantage over Hamilton in the Drivers' Championship ahead of this weekend's Qatar Grand Prix.