Alonso stands up for Hamilton after Verstappen clash

Lewis Hamilton's clash with Max Verstappen at the British GP remains one of the major talking points from the first half of the 2021 F1 season. Fernando Alonso doesn't think the penalty, which some have deemed too lenient, will lead to drivers taking more risks on track. 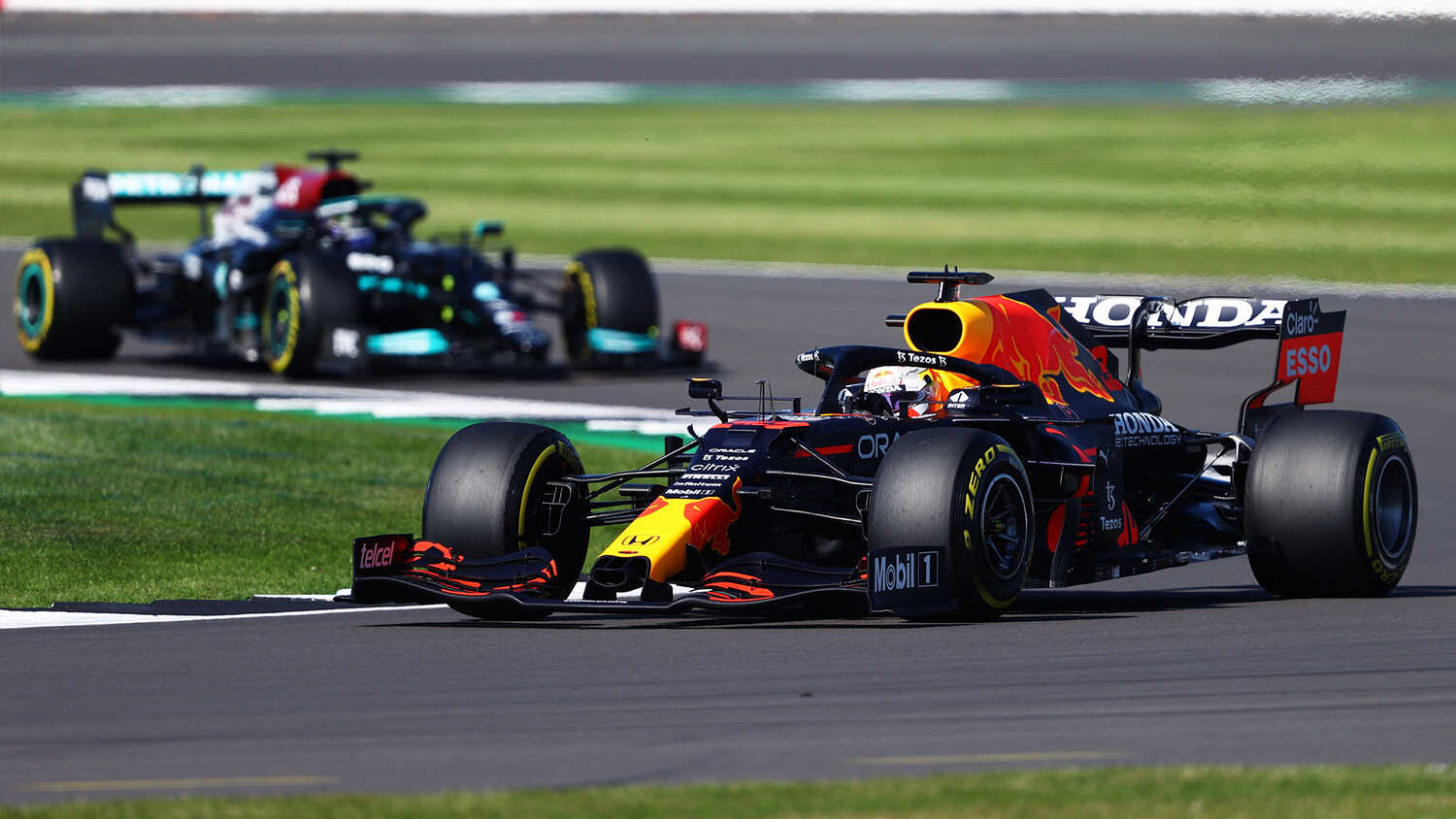 Fernando Alonso has no issues with the penalty handed out to Lewis Hamilton following his clash with Max Verstappen at the British Grand Prix, which some deemed to be too lenient, as he believes it was simply an unfortunate collision.

The two championship rivals came together on the opening lap of the Silverstone race, with Hamilton trying to get past Verstappen at the high-speed Copse corner.

Hamilton was handed a 10-second penalty for his role in the incident, however Alonso doubts that the punishment – which didn't stop the Mercedes driver from taking the chequered flag – will set a precedent for the future.

"No, I don't think so," Alonso told RacingNews365.com and other members of the media. "The incident was just unfortunate.

"It was an unlucky corner, an unlucky position, an unlucky fight. I don't think it was intentional, so there's no need for a heavier penalty.

"What people probably depict is consistent punishment, but it's hard to be consistent when every incident is unique. No incident is the same, they are all different."

An example of a big crash that resulted in a heavy penalty was the start of the 2012 Belgian GP. Romain Grosjean came into contact with Lewis Hamilton and sent the Briton's car over other cars, including Alonso's.

"When I think back to 2012, I was competing for the World Championship," Alonso added. "Grosjean was suspended for one race, but I'm sure he didn't mean to send Hamilton and himself flying over me.

"Nobody does that on purpose."

Regardless of how tough or lenient a punishment is, Alonso doubts that will impact how drivers will race on track.

"However, what happened there isn't the same as what happened at Spa in 2012. As I said, every incident is unique so I don't think that crash sets a precedent.

"We'll just keep racing hard, but as clean as possible. I'm sure of that."