The two-time F1 world champion was pleased with his one lap pace after a tricky weekend for Alpine at the Bahrain Grand Prix. He starts from ninth place for the season-opening race on Sunday. 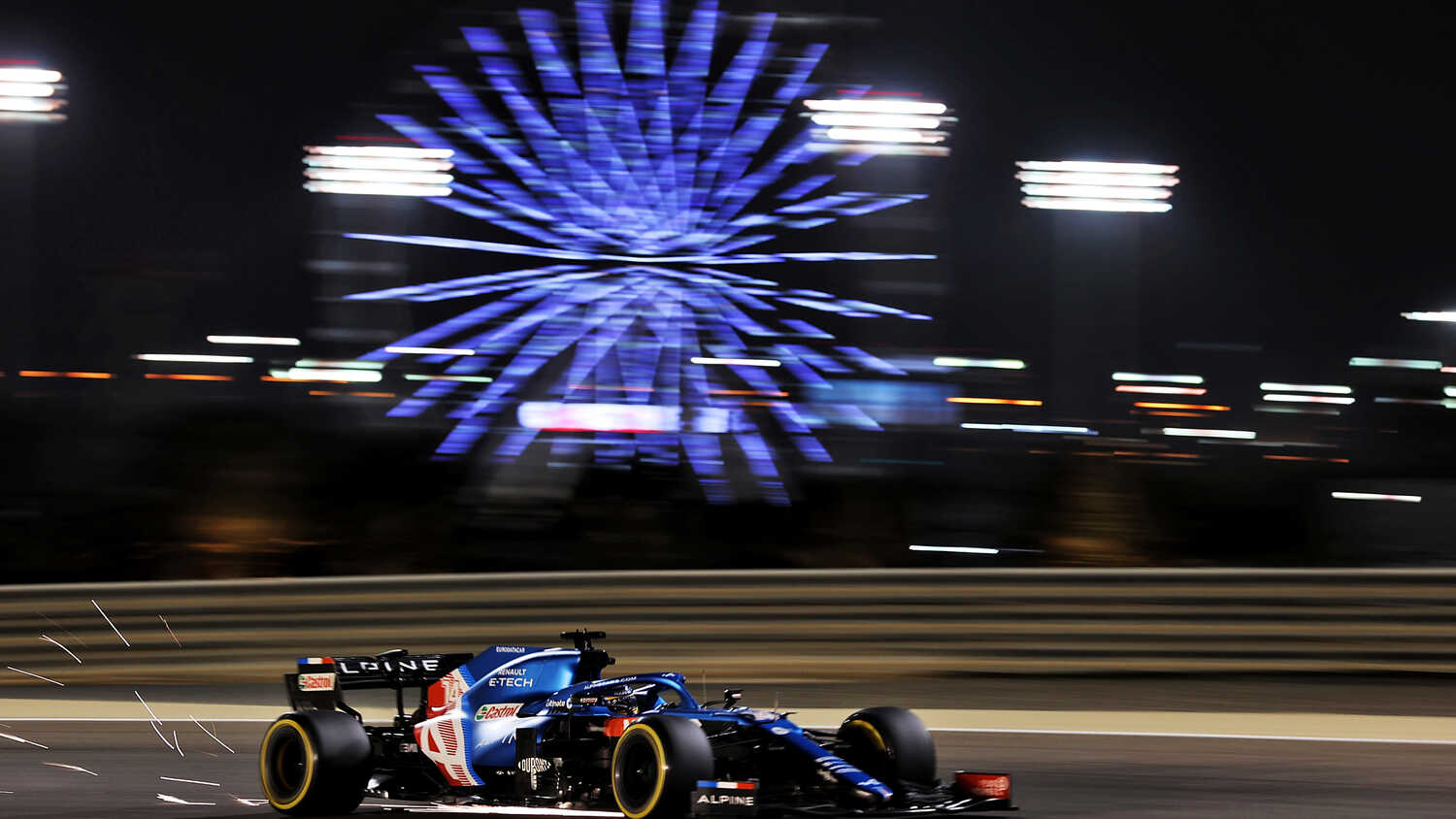 Fernando Alonso admits he did not expect to make the final part of qualifying because he was not able to get to grips with his Alpine car at the Bahrain International Circuit. The Spaniard was no higher than 15th in the three practice sessions prior to qualifying.

Alonso looked like he would be fighting to get out of Q1 so a top 10 starting position is a satisfying result according to the Alpine driver.

"I probably didn’t expect it, the weekend has been difficult," Alonso told Sky Sports. "I lacked confidence a little bit in the rear end of the car. Braking performance was also very different to the test.

“Obviously it’s the first qualifying of the year so you never know what to expect but I’m happy with ninth.

“I was hoping a lot for qualifying. I think the wind direction changed and the cooler temperature, I was thinking that could be a good help for my driving style as well.

“I came with some confidence into qualifying but in a way it was better than expected.

“Qualifying, when you put these kind of tyres on, with this peak of performance on the first lap and low fuel, the adrenaline and the fun to drive is amazing.”

Sunday's Grand Prix will be Alonso's first Formula 1 race since November 2018 and he is excited about the prospect of driving at race intensity.

“The first time on a start again, first time on a first corner, trying to be away from problems, and then the pitstops," added Alonso. "A two second pitstop is going to feel very new again.

"So there are many things that I need to go through for the first time tomorrow. I’m looking forward to it. To do the 57 laps in a row will again be the first time, I never did it in testing.”

Alonso is aware of the threat that Red Bull's Sergio Perez and AlphaTauri's Yuki Tsunoda are likely to pose as they start from 11th and 13th in cars that have looked very quick throughout the weekend.

"I’m aware that there are some guys behind with more pace than us – they tried to qualify with the mediums and it didn’t work, but they are probably faster,” Alonso added.