Alonso: Hamilton will crack under pressure from Verstappen

Fernando Alonso is enjoying the title battle between Lewis Hamilton and Max Verstappen, but thinks that Hamilton may struggle to maintain his composure as the fight heats up. 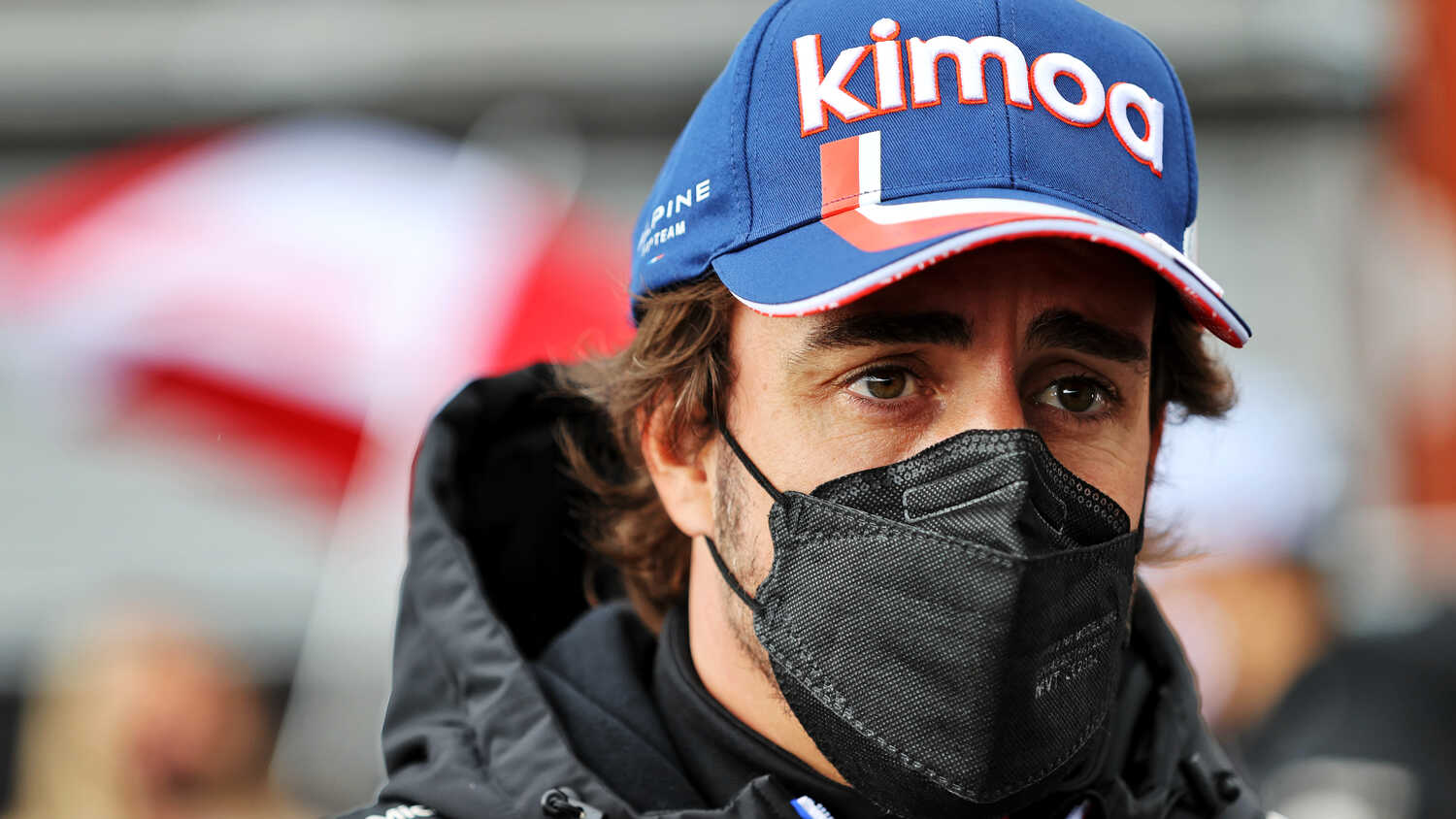 Fernando Alonso believes that Lewis Hamilton will crack under the pressure of battling with Max Verstappen for the championship.

The Spaniard has been enjoying watching the fight between the two drivers unfold throughout 2021, with Verstappen currently holding a 12-point advantage in the standings ahead of the Mexican Grand Prix.

It is the Dutchman that Alonso is backing to come out on top, as he feels that Hamilton – who he was teammates with at McLaren in 2007 – may be pressured into making mistakes.

"Do I think Lewis will succumb to the pressure? Yes, thanks to Max. 100 percent," Alonso told De Telegraaf.

"When Lewis only has to fight with his teammate Valtteri Bottas for the title, everything is great. Now he feels some pressure and he gets into trouble."

Alonso has also hinted that he believes it is not as easy for a driver who isn't British, a viewpoint he previously alluded to in comments about the existence of "different rules for different people" in the sport.

"Then you see during this season that that British machine starts running again," the two-time World Champion argued. "Max handles that very well. It's a very interesting championship, also off the track."

Verstappen and Hamilton have collided twice during their fight for the title. The first incident came on the opening lap of the British Grand Prix, with Verstappen crashing into the barriers whilst Hamilton was handed a 10-second time penalty. The Mercedes driver still went on to win the race, and an appeal from Red Bull was unsuccessful.

There was then a second collision at the Italian Grand Prix, and this time both drivers were eliminated from the event. Verstappen was deemed to be more at blame on this occasion, and received a three-place grid penalty at the next race as a result.

Alonso thinks that these incidents were not judged in an equal manner.

"Look at the two incidents between Max and Lewis, this year," the Alpine driver said. "Those are not judged equally in my opinion.

"After the contact in Silverstone, Red Bull intervened, but otherwise it remained fairly quiet.

"After the crash in Monza there was much more talk. And Max got a grid penalty for the next race. I don't think anyone understood that. But that's also part of that pressure from certain corners."

However, Alonso admires the skill of both title contenders, explaining: "I respect enormously what both Max and Lewis are achieving.

"They are at their top level every weekend. Whether it's wet, dry or very windy. The way Max stepped in at Red Bull and was right there, I don't think anyone is capable of doing that."