The latest weather forecasts out of Russia predict heavy rain this weekend. Fernando Alonso is hoping there isn't a repeat of what happened in Belgium, while some of his colleagues are looking to take advantage of the situation. 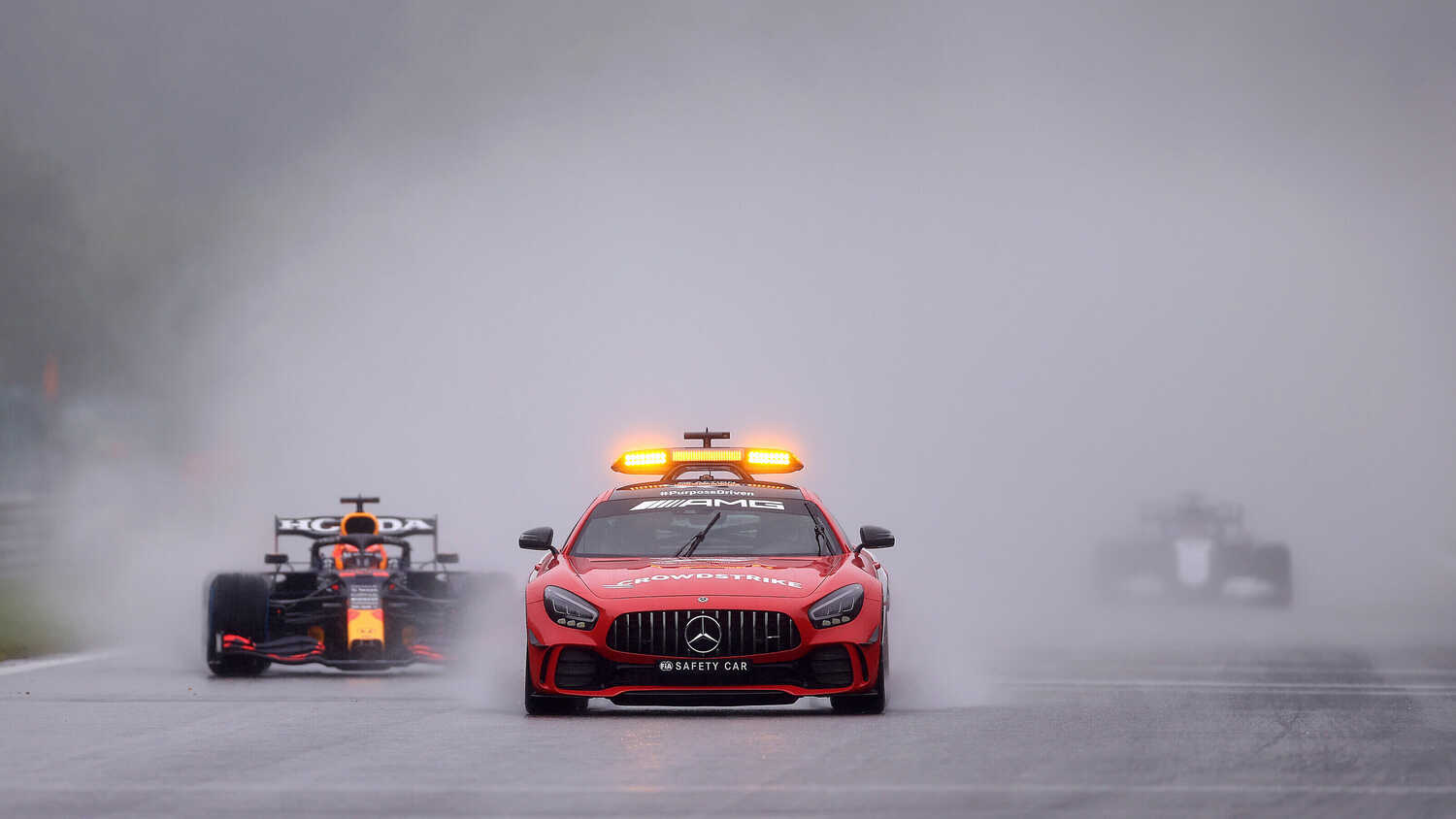 Fernando Alonso is hoping F1 can avoid a repeat of the Belgian Grand Prix weekend as the weather forecast in Russia predicts heavy rain over the coming days.

It's already proven to be a problem in the days leading up to the weekend, with the support paddock being flooded as the drainage system couldn't cope with the amount of water that came down in Sochi.

Alonso is hoping the flat track can deal with the rain, as he doesn't want to experience a similar weekend to Spa-Francorchamps, a race that was declared after a few laps behind the Safety Car.

"I think it's a very flat track, there are no elevation changes here, so the water stands quite a lot on track," Alonso told RacingNews365.com and other members of the media.

"For Sunday, fingers crossed it's not that wet, or not raining too much, because the visibility will be really bad and we don't want to see anything like Spa."

Another driver who doesn't want a repeat of Spa is Sergio Perez, who crashed his car on the way to the grid despite qualifying in P7.

Although he was eventually allowed to start the race from the pit lane, after his Red Bull mechanics fixed his car, the lack of green flag racing meant that he couldn't make up for his error.

"Obviously Belgium wasn't a great day for us, but in qualifying there were a lot of positives to take," Perez stated while reflecting on the Belgian Grand Prix. "In the end, the result wasn't that good, but we understood why.

"I'm looking forward to whatever happens, even if it's wet or dry. I think we just have to maximise our package and make sure we get the most out of the car."

While Ocon pointed out the rain was quick to stop at the Hungaroring, he believes wet conditions in Russia this weekend could help his chances once again.

"Hungary was not really wet," Ocon commented. "Things happened at the start when it was wet, but when we got back on track, it was dry.

"Spa was wet in qualifying, it was wet in the race, but we couldn't race, and we weren't as quick as we wanted to be. So we're gonna have a bit of work to do here again, but it definitely opens up opportunities.

"It works both ways. You can be on the right side of the opportunity or you can be on the wrong side of it. Looking at where we are, it's definitely a positive thing if it rains."

Charles Leclerc will start from the back of the grid after Ferrari confirmed he will use a brand-new power unit this weekend. As a result, the Monegasque will be doing what he can to ensure Sunday's race runs in the rain.

"I'm not very good at dancing, but maybe the rain will be better," Leclerc joked. "So I'll try to dance on Saturday night."