Alonso backs Verstappen: He's been one step ahead of all of us

Fernando Alonso has given his take on the title showdown between Max Verstappen and Lewis Hamilton. 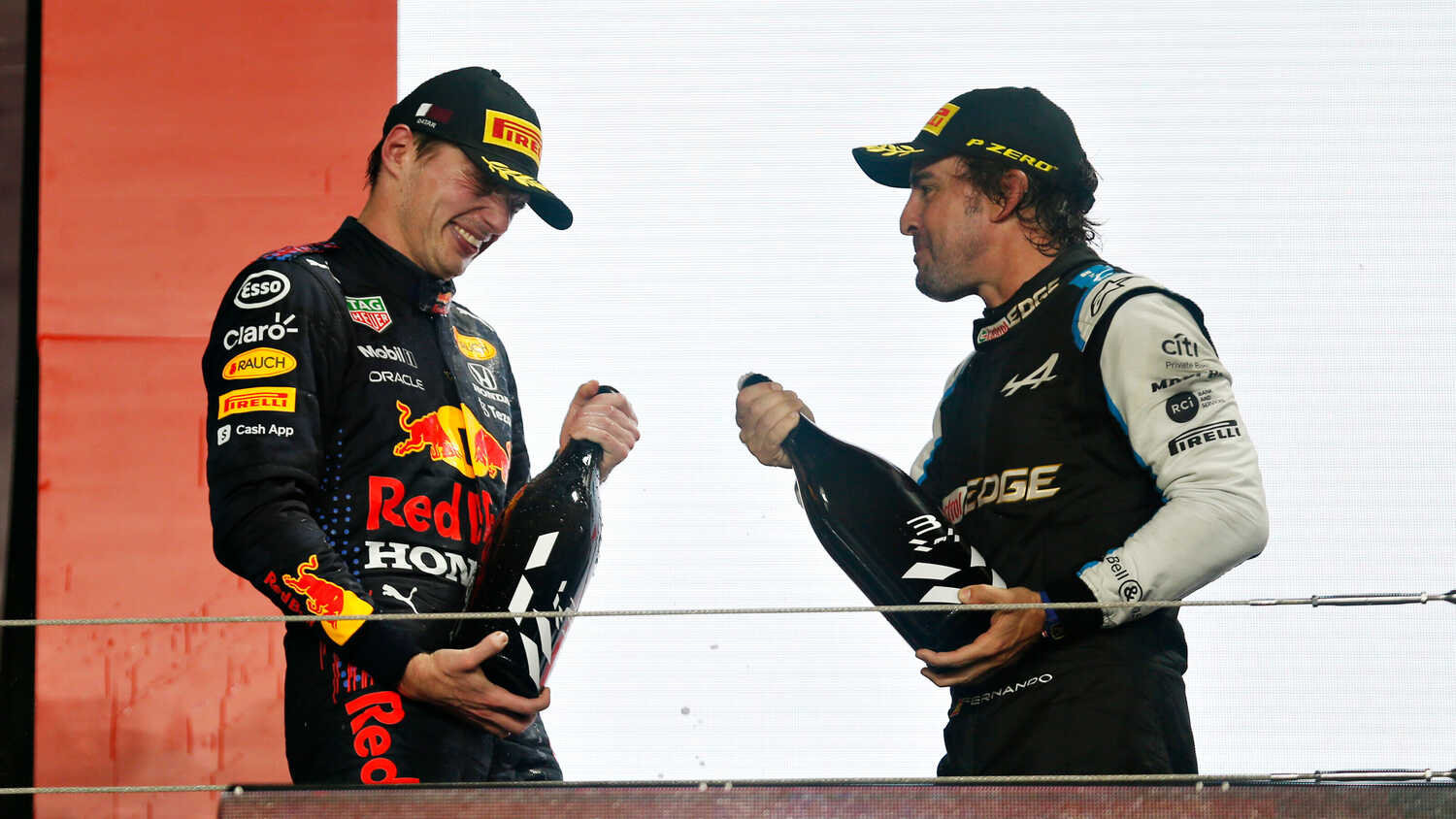 Fernando Alonso has praised title rivals Max Verstappen and Lewis Hamilton for their "amazing" performances this season, though thinks the Dutchman has been "one step ahead" of every other driver on the grid.

Verstappen and Hamilton arrive for this weekend's season finale in Abu Dhabi level on points, setting up a winner takes all showdown.

Alonso, who shared the podium with the pair two races ago in Qatar, is looking forward to seeing how the battle concludes at the Yas Marina Circuit, noting how they have continually pushed each other on in 2021.

Alonso is loving the title fight

Asked what Verstappen and Hamilton will be feeling ahead of the title-decider, Alonso told accredited media, including RacingNews365.com: "Each of us, we are different, so I don't know exactly how they approach these final moments.

"But they seem OK and they seem on top of the game at the moment. Both of them are driving amazingly - no mistakes and pushing the limits every race.

"You see that they are first and second in every race, because they are in another level, so that's fantastic to see, how they push each other.

"But I don't know, this final race is going to be tense, for sure, for them, and we will see."

Alonso believes a fair outcome would be for Mercedes to win the Constructors' title and for Verstappen to claim the Drivers' crown.

"I think it will depend on the package, a little bit," Alonso continued.

"Mercedes lately, I think, is a little bit [better] performing, and they won a couple of races now. But Max is driving, you know, in my opinion, one step ahead of all of us.

"We saw the [qualifying] lap in Jeddah, until he touched the wall in the last corner - that lap was coming from Max, not from the Red Bull.

"I think Mercedes deserve the Constructors' Championship, because the car is superior, and Max, maybe overall in the year, was driving one step ahead of everyone."