In an exclusive interview with RacingNews365.com, Fernando Alonso feels he doesn't need to give any advice to George Russell about his move to join Mercedes next year. 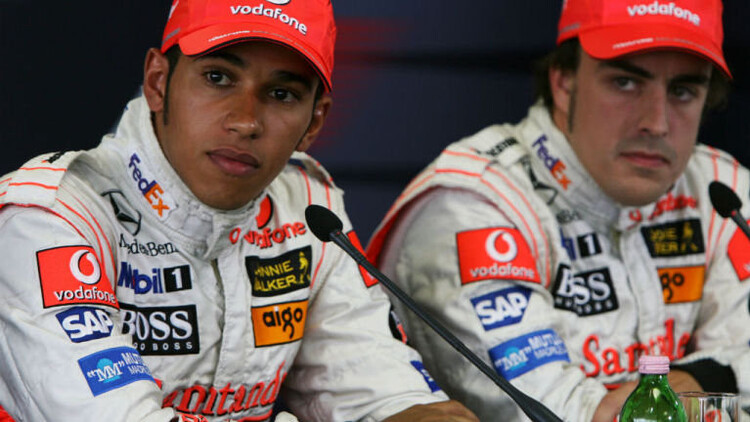 Fernando Alonso says he is unable to offer George Russell any specific advice about going up against Lewis Hamilton at Mercedes, but feels the British youngster should not have any concerns about the move.

Russell will be Hamilton's sixth teammate in Formula 1 next year and Alonso thinks the Williams driver's long-term relationship with Mercedes, along with his nationality, will enable him to join the team without any issues.

"I don't think that I'm able to suggest anything or to give any advice for him," Alonso told RacingNews365.com. "George has enough experience already, and talent.

"He's been in Mercedes for many years, that's the most important thing – he's not new to the team. Even if he's racing at Williams, he is still part of the Mercedes family. Also he's British. So it should not be a concern for him."

Alonso was Hamilton's first teammate in F1 at McLaren back in 2007. The pair fought for the title but ultimately lost out to Ferrari rival Kimi Raikkonen by one point, after a series of incidents that led to Alonso leaving the team at the end of the year.

Speaking 14 years on, Alonso reckons more experience from himself and Hamilton, and better management, would have resulted in a different situation.

"We were probably not well managed by our bosses," said Alonso. "We both had a lot of ambition.

"We both had very little experience, I [had] won the championship, but it was [still only] my fifth year in Formula 1 and there's still a lot of things to do and to learn.

"The team would probably manage the team differently, so we all probably could have changed something.

"But in that moment, at that time, everything felt like we were doing the right thing. So this is part of the growth of a human being and as a driver as well. At the end of the day, it is what it is."