Alfa Romeo's second driver announcement is imminent, with the team setting out a deadline of when they expect to confirm their line-up. 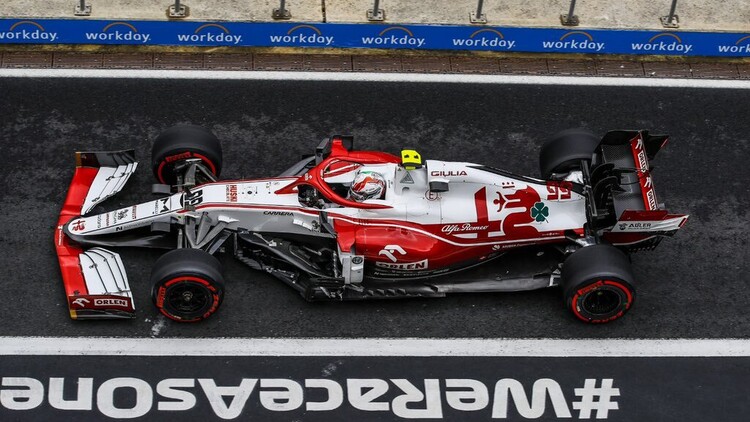 Alfa Romeo may be in a position to confirm their 2022 line-up "within days", following months of speculation about the team's second driver.

With Kimi Raikkonen retiring from Formula 1, Valtteri Bottas has been hired to fill his shoes and lead the team next season. But the second cockpit is yet to be filled, leaving Alfa Romeo with a huge list of options as the rest of the grid have already confirmed their line-ups.

An extra complication regarding the seat was the negotiations between Andretti Autosport and the Sauber Group (which operate the Alfa Romeo F1 entry) over a possible sale, with those talks only recently breaking down. Andretti had been pushing to potentially bring in American driver Colton Herta to take the second seat, a scenario that now looks highly unlikely.

With Sauber back in a position to make their own decision, incumbent Antonio Giovinazzi is in contention to retain his seat, but RacingNews365.com understands that the most likely candidates are Formula 2 racers Guanyu Zhou and Oscar Piastri, both of whom are Alpine Academy drivers.

Australian Piastri leads the F2 championship by 36 points in his rookie season, with two race weekends still to go, while Zhou is his closest competitor.

Although both are Alpine-backed drivers, RacingNews365.com understands there would be no issue in them joining a Stellantis-owned brand (Alfa Romeo), despite Alpine and Alfa Romeo being commercial opponents.

"You know that we had tonnes of topics on the table [in] the last couple of weeks," Vasseur told RacingNews365.com.

"And now that the situation is a bit more clear, we'll take a decision quickly. I don't know if it will be before Brazil or just after Brazil, but it will be in the next couple of days."

Given that the Formula 2 season, in which Zhou and Piastri are still racing, isn't yet concluded, Vasseur said there's no desire to wait and see the results of that championship, as the team want to be able to run their new driver in the post-season test in Abu Dhabi.

"We want to put the driver into the car in Abu Dhabi," he commented.

"It would make no sense to make your choice after Abu Dhabi. If you want to take a young one [driver], it would be quite tricky for the teams with the F2 finishing so late. We'll take a decision before the end."

Alfa Romeo have traditionally run a driver from Ferrari's academy, with Giovinazzi being part of the Maranello-based team's programme, as well as his predecessor Charles Leclerc, but Vasseur said he didn't feel that the Ferrari bonds would be broken if they chose someone external.

"No, because it could be," added Vasseur.

"The decision was not that we are not allowed to discuss, and we don't have to work together. It's just that it's not mandatory. But if there is a good option on their side and they're available, I'm more than keen to work with them and to continue with them."