Antonio Giovinazzi shared his reaction to losing his seat at Alfa Romeo in 2022 via social media, and team boss Fred Vasseur admits the comments did not sit well with him. 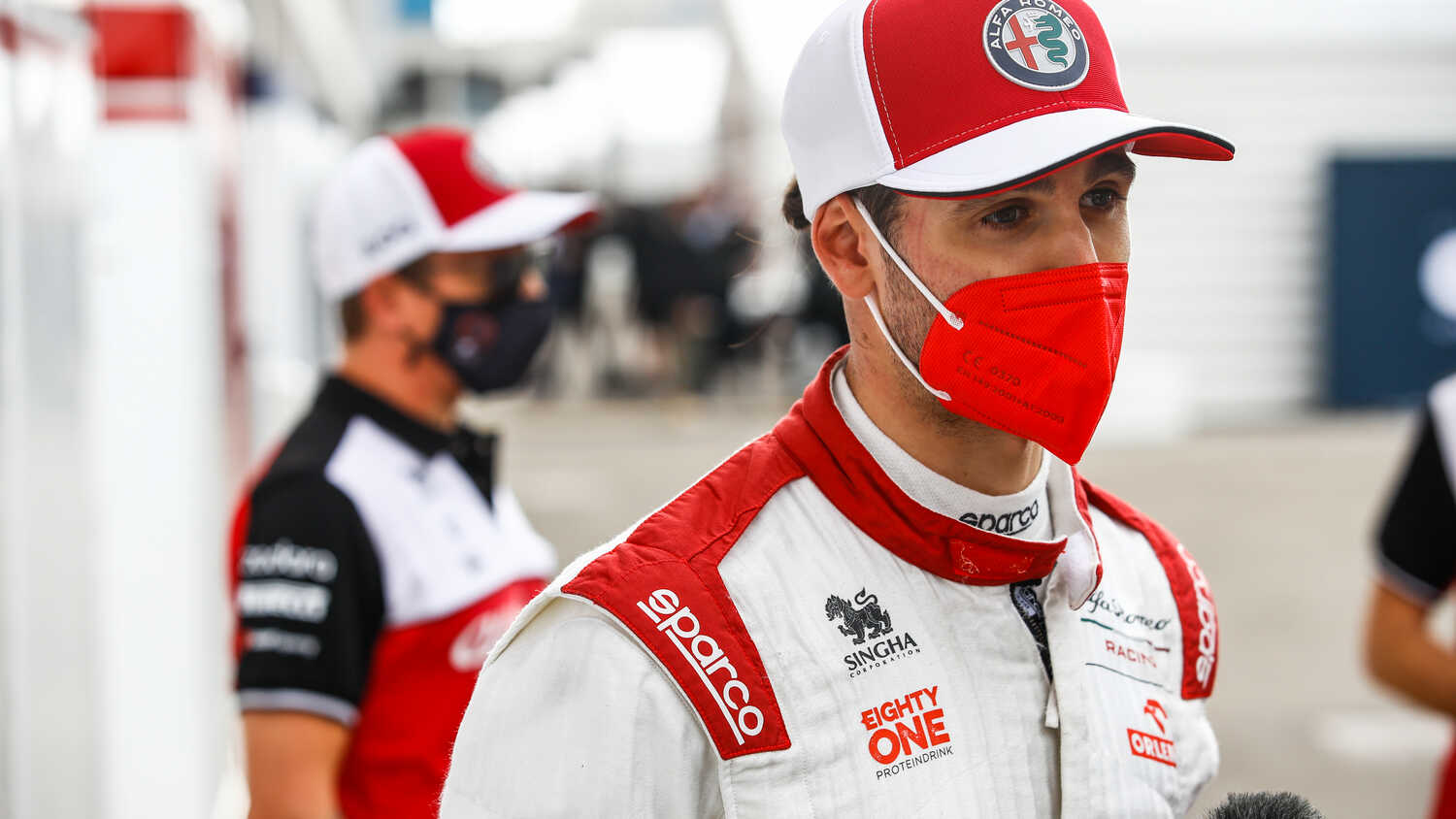 Alfa Romeo admit they were "not happy" with Antonio Giovinazzi's comments on social media as he reacted to losing his seat at the team.

It was announced after the Brazilian Grand Prix that Giovinazzi would be leaving the squad, with Chinese rookie Guanyu Zhou set to take his place in 2022. Following the news, Giovinazzi sent a tweet where he suggested that "money rules".

"F1 is emotion, talent, cars, risk, speed. But when money rules it can be ruthless," the Italian wrote.

Fred Vasseur, Team Principal at Alfa Romeo, has revealed that he was not pleased with Giovinazzi's remark, yet can recognise that it is a difficult situation that the Italian is facing.

"You can imagine that I was not very happy," Vasseur told media including RacingNews365.com.

"But on the other hand, I can understand that it was quite emotional for him. We had a discussion. Now he knows perfectly that he has to stay focused on the next few events.

"That will be important for him. Motorsport is a small world. If he wants to come back in F1, he has to show that the motivation is there."

In regards to Giovinazzi's comment about money, Vasseur admits that sponsorship is important to F1 teams, but that this has always been the case.

"Regarding the fact that motorsport is driven by sponsors, it's not new," Vasseur said.

"Every single team on the grid has sponsors, they have finance, and that we have to deal with. But we are all [on] the same target, [which] at the end is to perform, but it's part of the job."

Vasseur denies that the sponsorship brought by Zhou was the main factor in deciding to sign him for 2022.

"The first criteria is the performance of the team," the team boss explained.

"That means to be performing you need to have good drivers, good technicians, good engineers, a good feeling from the drivers and a good budget.

"It was a pillar of the decision for sure, and it was always clear like this because we want to be at the cost cap. It's the best way for us to be performing, but it's not the only one.

"I think Zhou is doing a very good job in Formula 2, and I think that everybody is underestimating the delivery of performance and the job done by Zhou this season."

Zhou will form half of an all-new line-up at Alfa Romeo in 2022 alongside Valtteri Bottas.