Kimi Raikkonen finished ninth at the Emilia Romagna Grand Prix, only to see it stripped after a bizarre penalty. Alfa Romeo believe there ruling makes little sense from a sporting point of view. 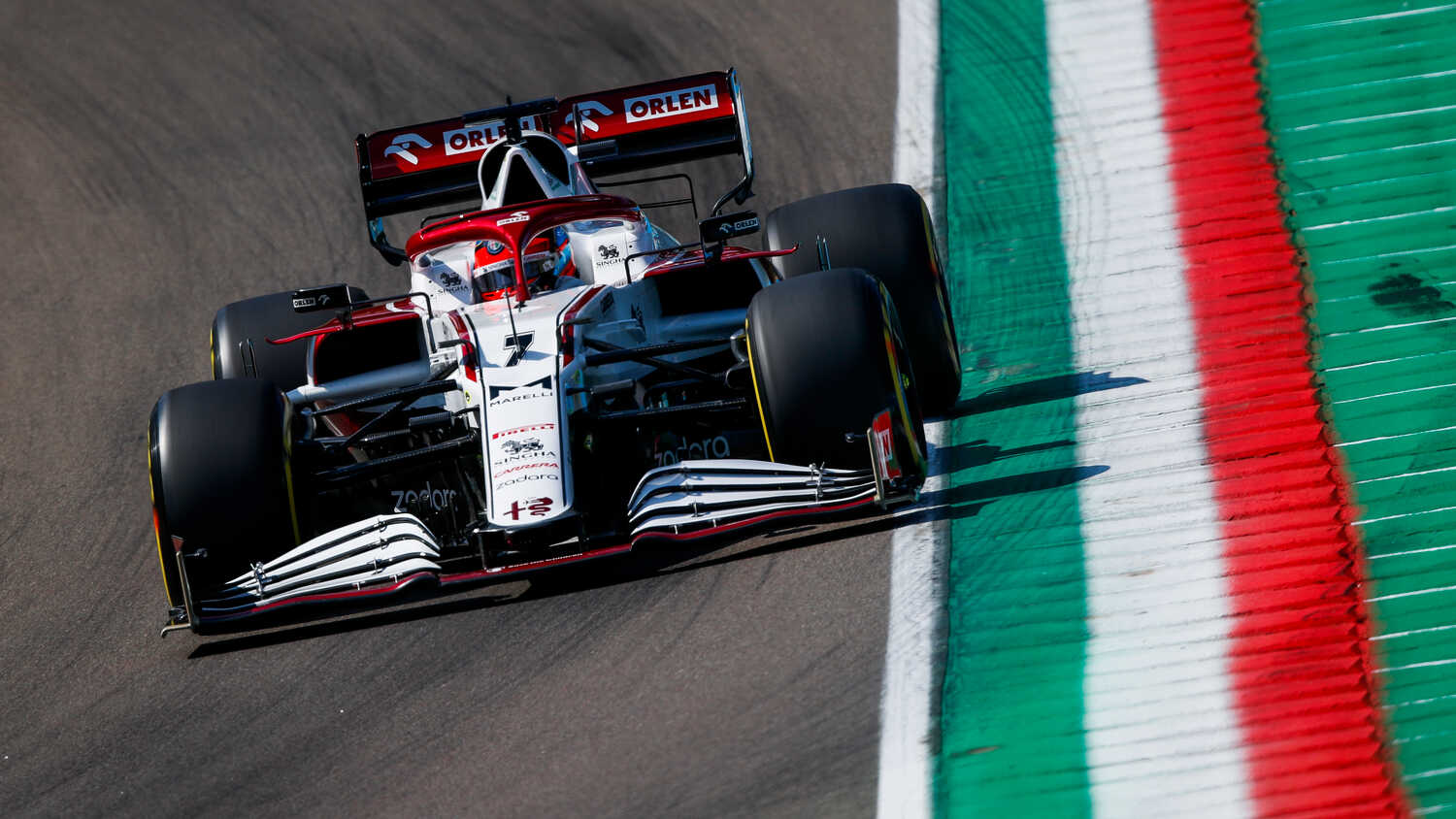 Alfa Romeo admit they're dumbfounded by the penalty inflicted on Kimi Raikkonen that saw the Finn drop out of the points, though the team have vowed to come back stronger.

The bizarre ruling saw Raikkonen handed a 30-second time penalty for not entering the pitlane following his spin at turn three as well as not re-gaining his position at the safety car restart a lap later. Alfa Romeo believe the ruling makes little sense.

"The decision leaves the team dumbfounded," read an Alfa Romeo press release. "Having already suffered an original disadvantage, with Kimi losing two places under the Safety Car, we were further hit by a disproportionate penalty, unfitting to the original fault, one we incurred by virtue of not endangering the other competitors by overtaking behind the Safety Car.

"It was a penalty which the stewards themselves struggled to reconcile themselves with, one within which they themselves saw contradictions. One that makes little sense from a sporting point of view. We, nevertheless, take this on the chin.

"We will use it to grow, and come back stronger. That is what teams do."

Raikkonen himself revealed he had no idea about the possible sanction while on track.

"As far as I know, nobody warned me on anything so I don't know about it," Raikkonen told RacingNews365.com and other select members of the press.

"Unfortunately, we then got this penalty that means we don’t get anything to show for it, but at least we can look positively at our performance."