On this day, 10 years ago, Jenson Button won the Canadian Grand Prix in Montreal, with the McLaren driver coming from a lap down to win 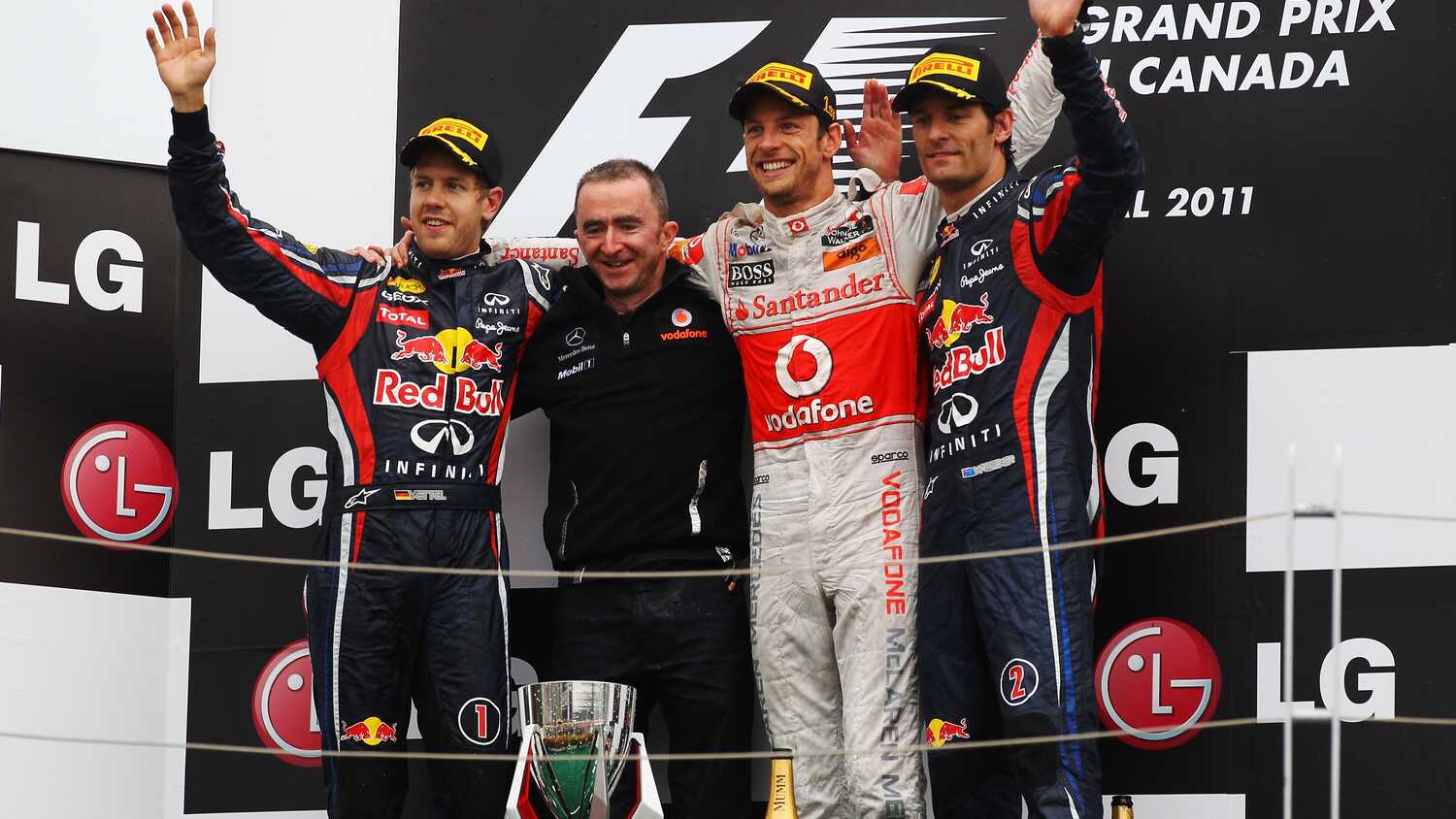 It was on this day, ten years ago, that Formula 1 witnessed its longest ever race, coming in at just over four hours!

Of course, the action on track wasn't actually four hours of racing, but a two hour red flag in the middle of the race due to heavy rain.

In what was a crazy and memorable day at the Circuit Gilles-Villeneuve, a rain-soaked race saw a huge amount of incidents and accidents as the two McLaren drivers Jenson Button and Lewis Hamilton memorably colliding early on going down the pit straight, with Hamilton out on the spot. Button was given a drive-through penalty for the incident, falling down to 15th.

By Lap 20, the worsening rain meant the Safety Car was deployed to neutralise the action as Red Bull's Sebastian Vettel controlled the race at the front. Following the two hour red flag to wait out the torrential rain, the race resumed with Vettel leading ahead of Sauber's Kamui Kobayashi.

Button, making up places and battling with Ferrari's Fernando Alonso, made contact with the Spaniard at Turn 3, with Alonso spinning out of the race. Button picked up a front left puncture, and was forced to pit once again and set about making up places once again from last place.

With track conditions drying to the extent that switching to slick tyres was possible, the dynamic of the race began to change as the race entered the final stages.

With Vettel still leading, Mercedes' Michael Schumacher fell back into the clutches of Red Bull's Mark Webber and the recovering Button. With Webber making an error exiting the final chicane, Button picked off the Australian and latched onto Schumacher. Passing the Mercedes with five laps to go, Button's pace was such that leader Vettel was no longer comfortable out in front.

Starting the final lap, Button was right behind Vettel and, succumbing to the pressure, the German driver touched a damp patch at Turn 6 and ran wide. This handed the lead to Button, who sailed through to claim victory for McLaren, after coming from last place via four pit stops and a drive through penalty.

Clocking in at over four hours, the rules have since changed to prevent such an event happening again, with a maximum of three hours permitted from the moment the race begins.