Zanardi returns home as rare update on his condition is issued

Alex Zanardi's wife has offered a rare update on the condition of the Italian racer. 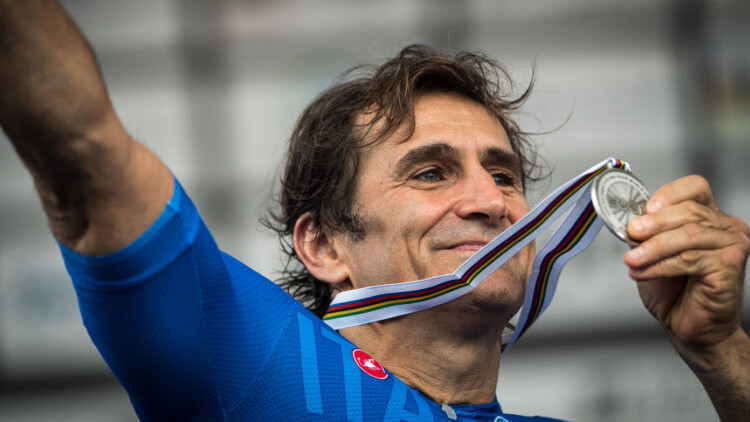 Alex Zanardi's wife, Daniela, has offered an update on his condition, 18 months on from his handbike accident.

Zanardi was taking part in a national handbike race for Paralympic athletes when he was involved in an accident where he collided head-on with a lorry. The accident left him with 'severe' neurological damage, and he required several surgeries for cranial and facial reconstruction.

In a rare update on his condition, his wife has revealed that Zanardi has returned home to continue his recovery.

"Recovery continues to be a lengthy process. The rehabilitation program led by doctors, physiotherapists, neuropsychologists and speech therapists has made steady progress possible," she told the official BMW Motorsport website.

"Of course, there are setbacks, and there can still be. Sometimes you have to take two steps back to take a step forward. But Alex proves again and again that he is a real fighter."

Zanardi is a former CART Champion in the United States, and also raced in Formula 1 during the 90s.

He suffered life-changing injuries in a CART race at the Lausitzring in 2001, resulting in him having both legs amputated. He turned to Paralympic racing after this, and also raced in Touring Cars with BMW.

Some 18 months on from his accident, Daniela said that it is "important for him to be back with his family and in his familiar surroundings".

"You also have to consider that, due to the corona situation, Alex only had people with masks and protective equipment around him for a year and a half," she continued.

Regarding the continued rehabilitation that he is going through, she explained that he is moving in the right direction.

"Various programs that Alex did in the hospital are now being continued at home," she explained.

"A therapist works with him during the week and they do physical, neurological, and speech therapy exercises.

"In regards to his physical condition, there is a lot of progress. Alex has more and more strength in the arms, which has increased a lot.

"And, other than in hospital where he was in bed a lot, Alex now spends most of the day in the wheelchair with us. He just rests a bit in the afternoon after lunch.”

What's next for Zanardi?

Daniela went on to explain that it's not yet clear just how much of a recovery Zanardi will make from this point.

"It is still not possible to predict how the further recovery will develop. It is still a long and challenging road that Alex is tackling with a lot of fighting spirit," she explained.

"It helps him and us that we get so much support along the way, not only from the doctors and therapists who work intensively with him.

"Our friends are always there for us. That includes the BMW family, too - we can always count on who is firmly by our side even in these difficult times. We are very grateful for this and for so much more, because this solidarity gives us additional strength.

"This also applies to the constant sympathy shown to us by drivers, fans and companions from all over the world. We would like to say a big 'grace' to everyone who sends Alex their good thoughts and strength."