Wolff: Mercedes can't afford to leave points on the table

Mercedes lost out on the win at the French Grand Prix after Max Verstappen's late overtake on Sir Lewis Hamilton, and ahead of this weekend's race at the Red Bull Ring, Toto Wolff has said the team are letting too many opportunities slip by them 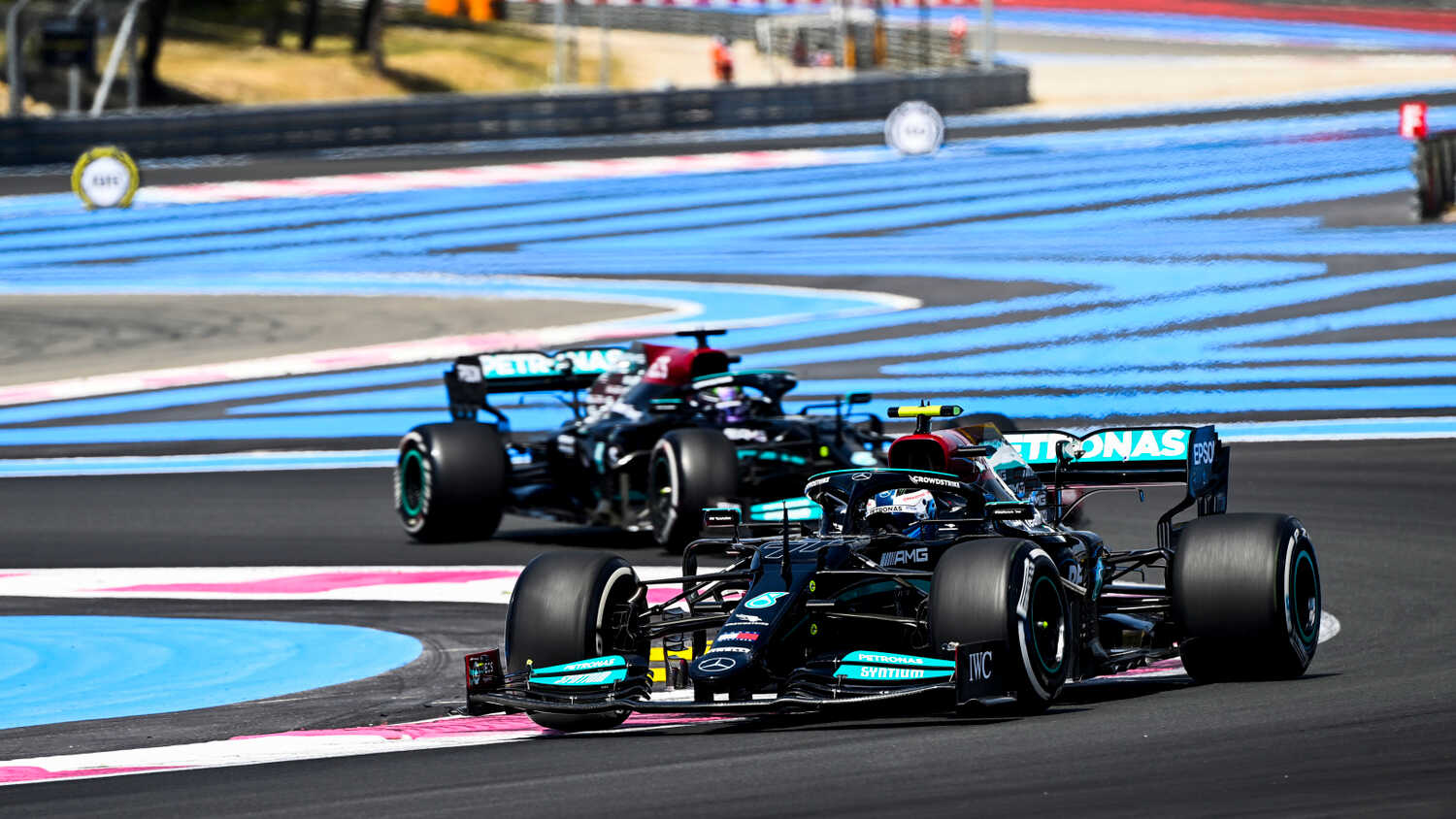 Toto Wolff has warned that Mercedes need to take every opportunity to score points in their battle with Red Bull this season after the team missed out on the win in France on the back of two disappointing outings in Baku and Monaco.

Max Verstappen passed Sir Lewis Hamilton on the penultimate lap of the French Grand Prix to take the race victory after Red Bull opted for a bold two-stop strategy, while Hamilton missed out on a chance to win in Baku after his front brakes locked up as he went up the inside of Sergio Perez into Turn 1.

In a statement ahead of the first of a double header of races at the Red Bull Ring for the Styrian Grand Prix this weekend, Wolff said that the team can't afford to drop points in such a tight championship battle.

"After the disappointment of missing the win had faded, there were plenty of positives to take from France. We scored a good haul of points with P2 and P4 and the pace of the car was an encouraging step forward compared to Monaco and Baku, thanks to the hard work of our team members at the factories and at the track," Wolff said.

"But while we know there is still a long way to go and plenty more opportunities to come, in a season like this, every single point will matter and make the difference. And we've left points on the table at the last few races.

"We've debriefed France and understand the areas where we have the opportunity to improve. So, now it's all about focusing on bringing those improvements to the next two rounds in Austria, where hopefully we can swing the positive momentum back in our favour. Thankfully, we don't have to wait long for our next chance to try and do that and I can see the determination in every member of the team.

"Austria has been a tricky circuit for us in past seasons, but we went well there last year. We know the situation is very different this season, though. It's a very quick lap and a short circuit, with fewer opportunities to gain time. The margins are going to be tight, so we'll give it maximum attack."