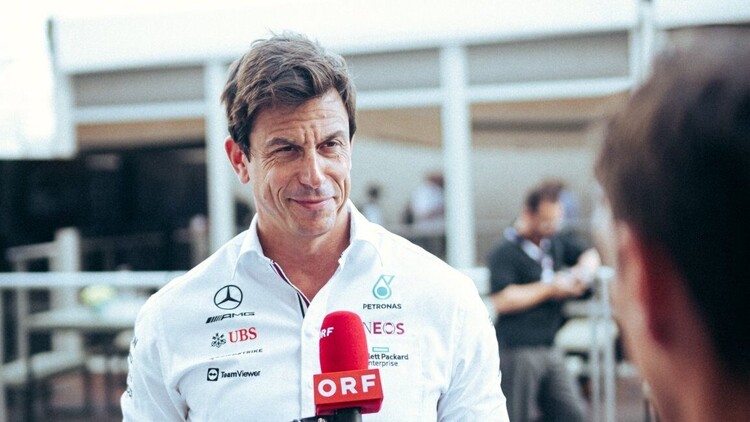 Toto Wolff believes it's completely logical that Mercedes would not be Formula 1's most popular team, due to their domination of the sport in recent years.

A recent global fan survey revealed that Mercedes are now the sport's third most popular team, behind McLaren and Red Bull.

Having won seven successive World Championships, Wolff says human nature means it's almost impossible for his team to be the most popular.

"Well, obviously, you want to be the team number one everywhere," he told select members of the media, including RacingNews365.com.

"But I think it's the normal evolution that we have expected. We have been very fortunate to win seven times in a row, a tremendous streak of success.

"It's clear that, in nature, you cheer more for teams that had more difficult times and [are] a little bit of an underdog."

Wolff also believes that McLaren's drivers, Lando Norris and Daniel Ricciardo, both of whom were in the top four drivers globally, are a big part of the team's popularity.

"They're doing a super job with the drivers also," he said.

"Daniel has been loved for a long time, and Lando is doing pretty well. They deserve to be right up there. The whole package, in terms of marketing and social media, are just very good.

"We need to think about what can we do, but you can't change history and I wouldn't want to change it."

A beaming Zak Brown, CEO of McLaren, said that he's tried to bring about a culture change at the formerly austere and aloof team since taking over at the helm five years ago.

"All I can really do is speak about how we go about going motor racing," Brown explained.

"We try and be a fun racing team, an inclusive racing team. Drivers that are very open, communicate with our fans frequently and often, speak with them, listen to them. We're just doing our thing and it's nice to see them react so positively to it.

"I'm a huge fan of the sport so I try and bring through the lens... it wasn't long ago I was sitting in the grandstand watching the Ayrton Sennas and Lewis Hamiltons and trying to understand what would get me excited about the sport.

"We're just trying to provide that experience back to the fans and it seems to be working."