Toto Wolff is confident that Mercedes still have a car capable of beating Red Bull to championship glory in 2021. 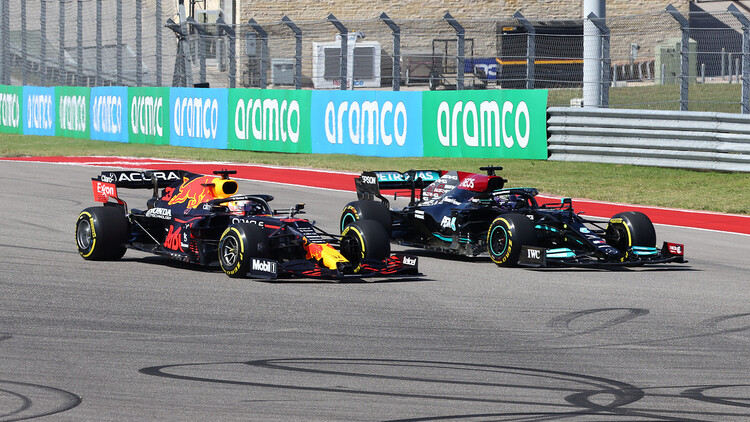 Mercedes boss Toto Wolff cut a determined figure following the United States Grand Prix, proclaiming that the team "can win every race" during the title run-in, having lost ground to Red Bull in both championships.

Max Verstappen fended off Lewis Hamilton to claim victory at the Circuit of the Americas and move 12 points clear in the Drivers' standings, while a double podium finish for Red Bull cut Mercedes' advantage in the Constructors' battle from 36 points to 23.

Next up on the calendar are visits to Mexico and Brazil, where the high altitudes have favoured Red Bull in the past, before new arrivals Qatar (Losail) and Saudi Arabia (Jeddah) and the now traditional season-ending Abu Dhabi Grand Prix, won by Verstappen last year.

Looking ahead to the rest of the season in an interview with Sky Sports, Wolff said: "Mexico was traditionally a track that was difficult for us, but this season everything can change.

"I think it's really race-by-race and [we need to] keep the spirits up."

Pushed on what he can do to help the mood within the team, Wolff said: "I think the morale is high. We are right there, we can win every race. It's about avoiding the DNFs – they are the killers.

"It's good fun for everybody. There is pressure, but it's positive pressure."

Mercedes were last challenged for the title by Ferrari in 2018 and 2019, only for the Italian team's bids to fade late-season, and Wolff insists that he is relishing the head-to-head with Red Bull.

"I think we've had tough fights with Ferrari in 2018 and '19, and we won seven times in a row, but that is no comfort whilst you are in a championship [battle] that's hard," he added.

"History has no relevance. Only if you stop one day you can look at the stats that don't interest anybody anyway, so it's hard, but we have fun, we're enjoying it."

Prior to Mercedes' run of dominance in F1's hybrid era, Red Bull were the last team to win the title in 2013.