Wolff reveals how much downforce Hamilton lost due to damage

Mercedes' Toto Wolff has explained how much damage Lewis Hamilton had as a result of hitting the kerbs midway through the race. 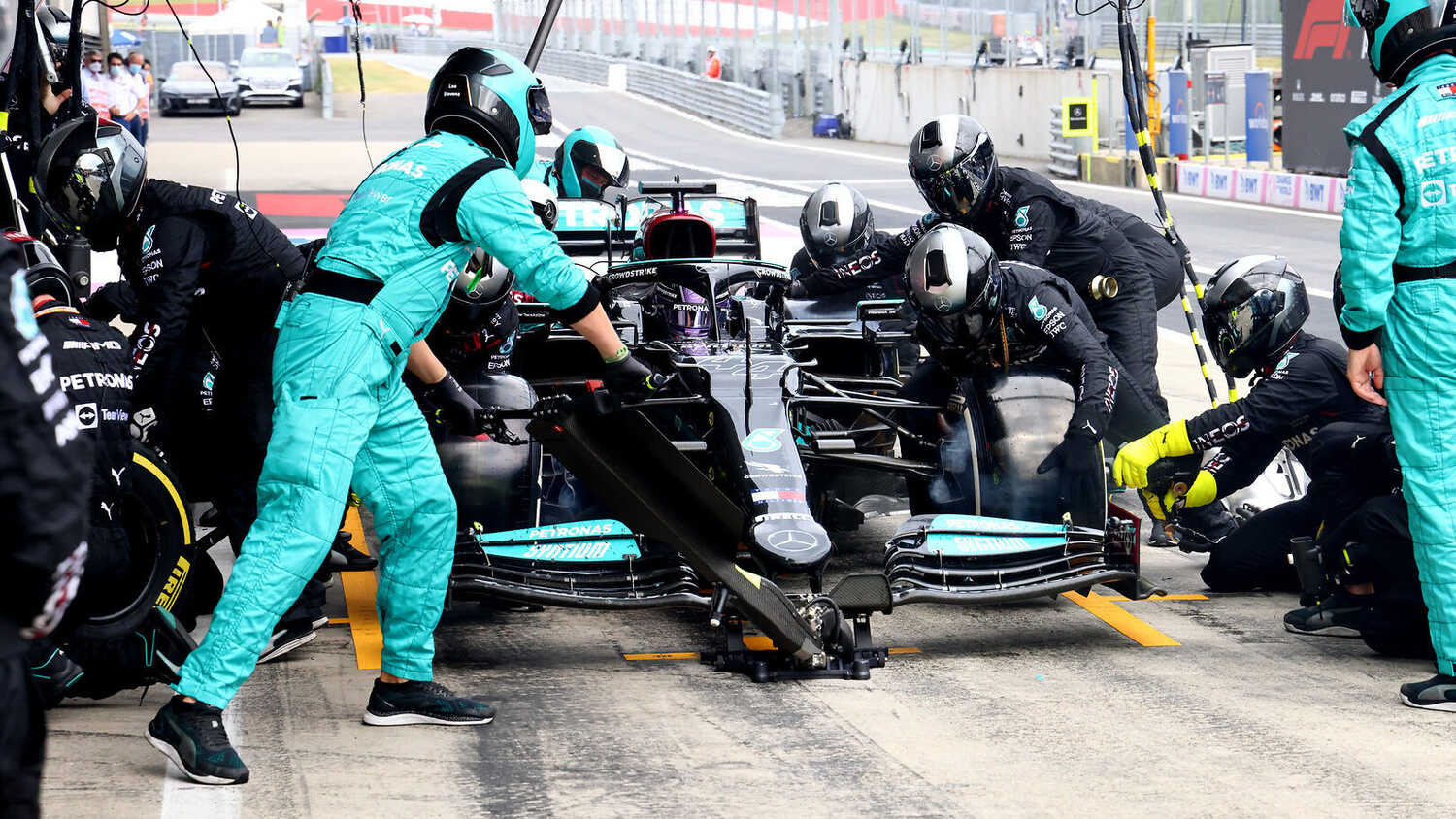 With Mercedes' Lewis Hamilton salvaging fourth place from the Austrian GP after losing pace halfway through the race due to car damage, team boss Toto Wolff has revealed just how much downforce his driver lost as a result.

Hamilton is believed to have picked up damage around Lap 30, due to hitting the kerbs at Turn 10. The resulting pace drop off resulted in him being caught and passed by teammate Valtteri Bottas and the McLaren of Lando Norris.

"We have calculated that we lost about 30 points, but that is a number that is not not checked yet, but there was quite a loss in performance," Wolff admitted to the media, including RacingNews365, after the race.

"And that meant he was pushing the tyres in a direction that wouldn't have made it to the end, probably. So we wanted to evaluate what his performance really was after the damage and whether it was possible that Valtteri could have protected against Lando. But that wasn't possible."

With Mercedes issuing the instruction to both drivers to swap places on track as Norris was stalking the pair, Wolff said they had to make the call in order to make sure the McLaren driver didn't pass both of their cars.

"And then it was also fair towards Valtteri to do his own race. And this is where we decided to switch," he said.

"Obviously, understanding that we would lose P3 to McLaren."

Asked to quantify the downforce loss in terms of laptime, Wolff was reluctant to hazard a guess.

"It's very difficult to say because that is just the first guess based on what we see on the sensors, and that also, you can't really translate the downforce level," he said.

"The new tyre obviously masks a little bit such a loss of performance and gave a relative advantage to the guys that are running all the time."