Wolff can't guarantee that Hamilton will continue in F1

Toto Wolff has expanded on his and Lewis Hamilton's feelings following the controversial end to the title-deciding Abu Dhabi Grand Prix. 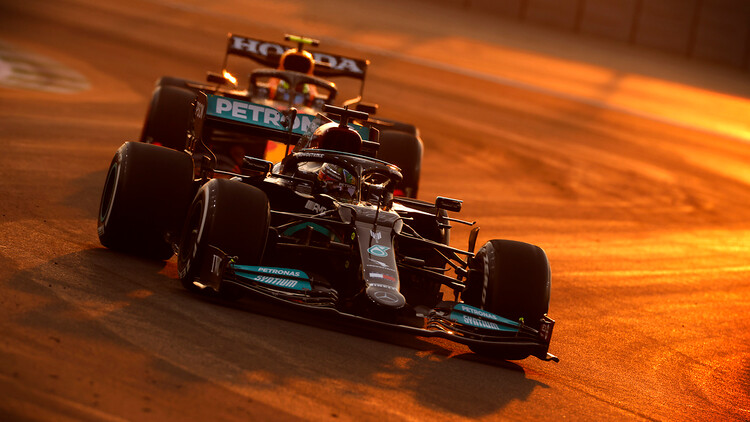 Mercedes boss Toto Wolff has given no guarantees over Lewis Hamilton's future in F1, though "very much hopes" he will continue into 2022.

Wolff made the comments in his first interview since the Abu Dhabi Grand Prix, where Red Bull's Max Verstappen claimed victory and the title in controversial circumstances following a late Safety Car period - which Mercedes have questioned the handling of.

Having submitted two post-race protests, which were rejected by the stewards, and then lodged an intention to appeal, Mercedes have ultimately decided to withdraw the threat, thus confirming Verstappen as champion.

Hamilton and Wolff are "disillusioned"

Speaking ahead of the FIA Prize-Giving Gala, which he and Hamilton will miss, Wolff expanded on how the pair are feeling following a whirlwind few days.

"Lewis and I are disillusioned at the moment," Wolff told media, including RacingNews365.com.

"We're not disillusioned with the sport, we love the sport with every bone in our body, and we love it because... the stopwatch never lies.

"If we break that fundamental principle of sporting fairness and authenticity of the sport, then suddenly the stopwatch doesn't become relevant anymore, because we are exposed to random decision-making.

"You start to question if all the work that you have been putting in, all the sweat, tears and blood, can actually be demonstrated in terms of bringing the best possible performances on track, because it can be taken away randomly."

Could Hamilton walk away?

On the subject of Hamilton returning in 2022, and whether he has any doubts, Wolff added: "I would very much hope that Lewis continues racing, because he's the greatest driver of all time.

"When you look at it from the point of view of the last four races… he dominated on Sunday. There was not even a doubt who won the race, and that was worthy of winning the World Championship.

"We will be working through the events over the next weeks and months. I think as a racer, his heart will say, 'I need to continue', because he’s at the peak of his game.

"But we have to overcome the pain that was caused upon him on Sunday, also because he is a man with clear values, and it's difficult to understand that that happened."

Hamilton's current deal, signed in the summer, is set to keep him with Mercedes through 2023.